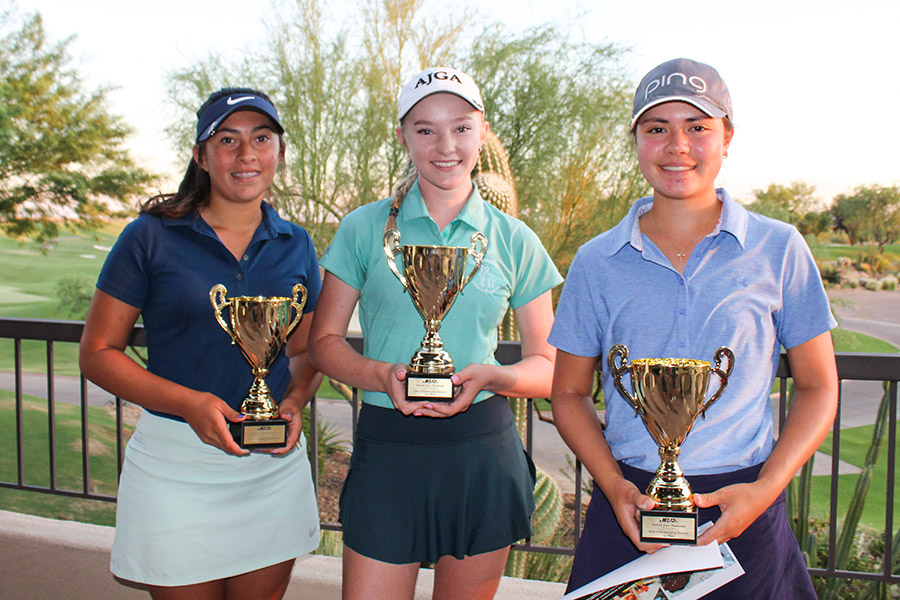 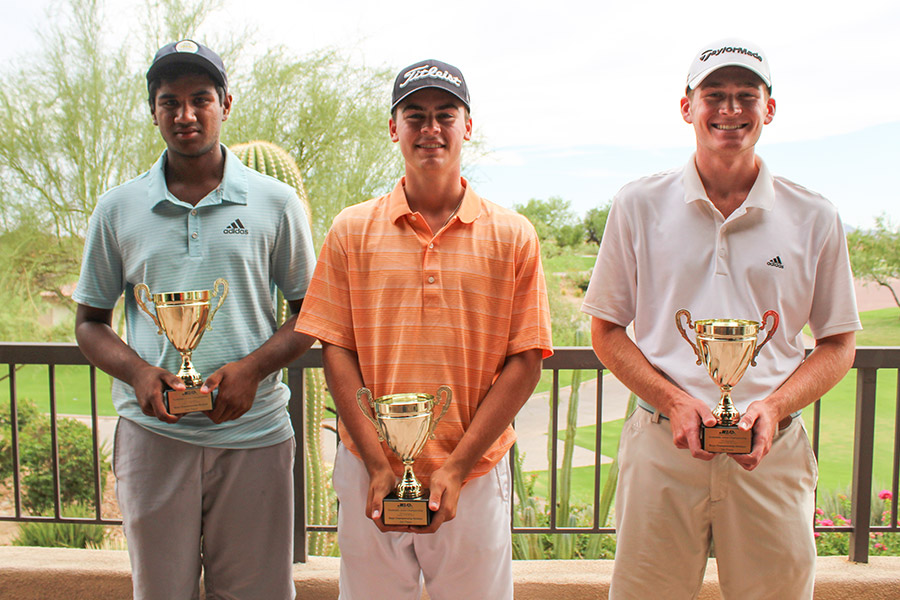 Ashley Menne of Surprise fired two rounds in the 60s at TPC Scottsdale – 67 on the Champions Course and 69 on the Stadium Course – to win in the Girls Championship division for the second year in a row at the DLB Custom Homes Scottsdale City Junior Championship held August 17-18. She finished with a 6-under-par 136 for the tournament, two strokes clear of second-place finisher, Carolyn Fuller of Phoenix, who made a strong final-round charge with a 5-under-par 66 on the Stadium Course to finish at 4-under-par 138 for the event. Marley Moncada of Tucson came in third place at 2-over-par 144 (70-74). The win marks Menne’s seventh of the season, and she currently enjoys a comfortable lead in the points race for Player of the Year honors.

In the Boys Championship division, Scott Schlader of Phoenix, also edged out the field by two strokes to finish in first place at 7-under-par 135 with rounds of 66 and 69. Three players finished tied for second place at 5-under-par 137 – Tommy White (69-68) of Cave Creek, Mahanth Chirravuri (68-69) of Chandler and Nicholas Kling (66-71) of Paradise Valley. Kling, the defending champion, held a share of the first-round lead with Schlader before Schlader pulled away by two after the final round.

In the Boys 15-18 division, hosted on TPC’s Stadium and Champions Courses, Vincent Cervantes of Chandler took first-place honors with a 74-71—145, 3-over-par performance. Carlos Astiazaran of Tucson blistered the field with a 3-under-par 141 (71-70) on the Pine Course at McCormick Ranch Golf Club in the Boys 13-14 division. Brennan Korn of Phoenix won in a playoff over Owen Bolles of Goodyear in the Boys 11-12 division at 4-over-par 76 (41-35), and Everett Corwon of Sahuarita posted a win in the Boy 10 and Under division with a 9-over-par 81 (43-38).

Lamadrid of Phoenix defended her title in Girls 10 and Under division with a 40-40—80, 8-over-par performance.