Eighty-six of Arizona’s best junior golfers will compete for the State Junior Golf Championship at Forest Highland’s Meadow course Tuesday, June 20 – Wednesday, June 21 with tee times beginning at 8 am each morning of the 36-hole tournament.

“The field on both the boy’s and girl’s sides are very competitive this year,” said Scott McNevin, Executive Director of the JGAA. “We’re looking forward to a great event in the cooler temperatures of Flagstaff.” 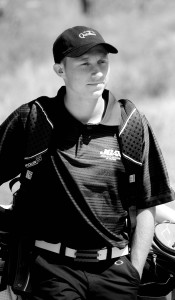 In the Girls Division, Ashley Menne sits at the top of the rankings with more than twice as many points as the nearest competitor. She has notched seven wins in 11 starts this season, finishing no higher than third place. Toni St John of Gilbert is playing well going into the state championship with a win at the Willie Low Invitational and a T3 at the Thunderbird Junior Classic last week. No 4 in the girl’s rankings, Madeleine Laux of Goodyear has placed in the top 10 in all but one of the seven events she’s entered, including four, third-place finishes. And No. 5, Emily Mahar of Phoenix, is coming off two, second-place finishes at the Tucson City Championship and most recently the Thunderbird Junior Classic.  Click here to view the entire girl’s state championship field.