Both champions finish below par. 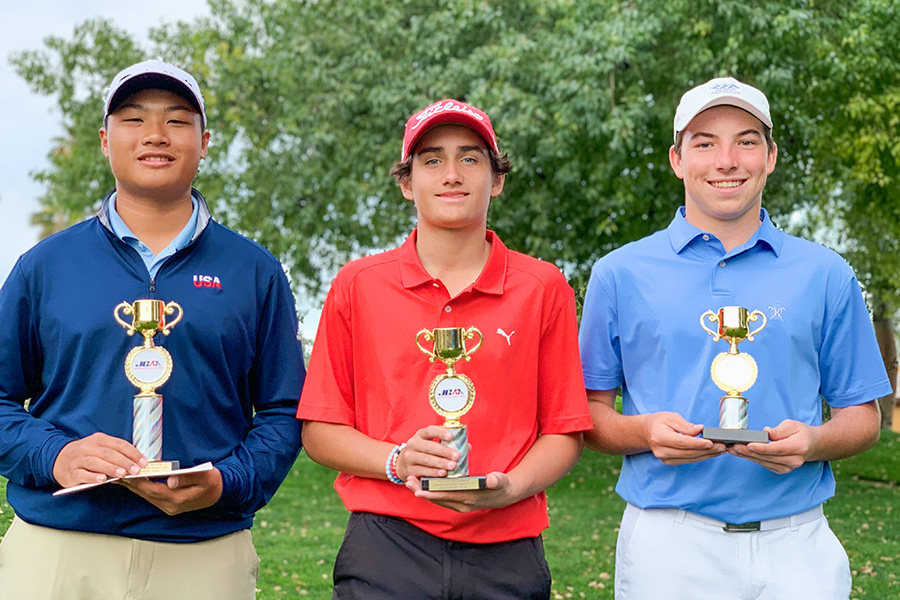 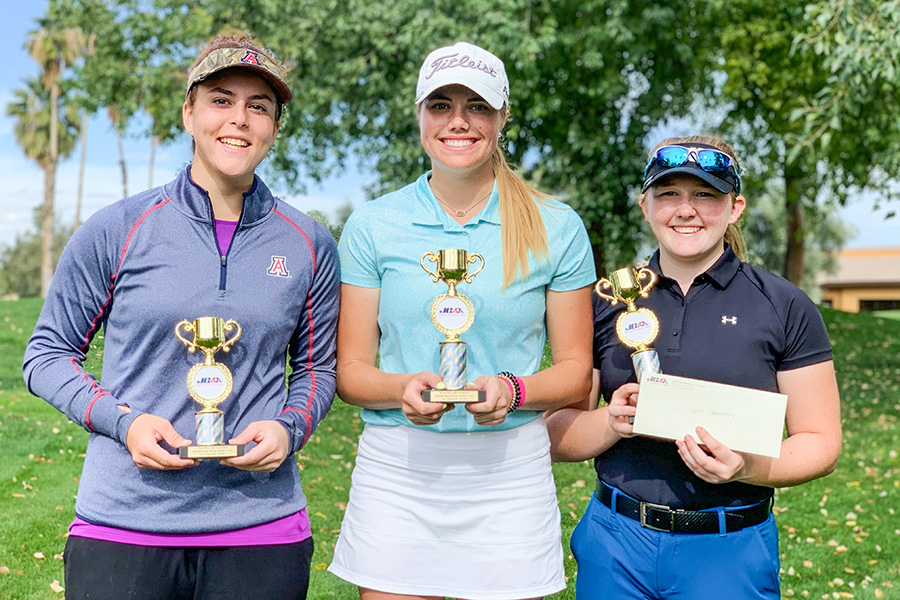 Anawin Pikulthong of Gilbert won in the Boys Championship division by four strokes over second-place finisher Adam Miller of Phoenix and by six strokes over third place finisher Joseph Lloyd of Scottsdale. Pikulthong finished in red numbers at 4-under par (69-71—140) at Superstition Springs with Miller close behind at even-par 144 (71-73) and Lloyd shot 2-over-par 146 (72-74).

Pikulthong showed some grit in the first round when he followed a double bogey at No. 10 with an eagle at the 11th before picking up two more birdies on the way in to shoot 69, the low round of the tournament. He then had it to 4-under par through 13 holes in the final round before cruising to the win with a final round 1-under-par 71. Notably, Lloyd also carded an impressive bounce-back in the first round with three consecutive birdies erasing a triple bogey, 7, at No. 10.

In the Girls Championship division, Mattison Frick of Peoria picked up her second win in only three tournaments so far this season. She too finished below par for the event at 3-under 141 (71-70) at Superstitions Springs thanks to strong play on the back nine, where she went 4-under par over two rounds. Leah Skaar (71-75—146, +2) of Gold Canyon finished five strokes off the pace and Maya Benita of Tucson finished eight strokes back at 5-over-par 149 (75-74).

Aiden Sanders of Phoenix won the Boys 15-18 division with a steady even par performance, 72-72—144 at Superstation Springs. The remaining divisions competed at Arizona Golf Resort. Oscar Uribe of Scottsdale fired a strong 7-under-par 137 (67-70) to win by 3 strokes in the Boys 13-14 division over three competitors tied for second place. Of them, Henry Dall fired a first round 64, which included seven birdies and an eagle. Dylan Boenning of Scottsdale took top honors in the Boys 11-12 division at 5-under par (34-31—65), and David Vanden Branden from Oro Valley and Cason Dezzani of Honolulu, HI tied in the Boys 10 and Under division with identical scores of 11-over-par 81 (39-42). Vanden Branden went on to win in a playoff (2nd hole).