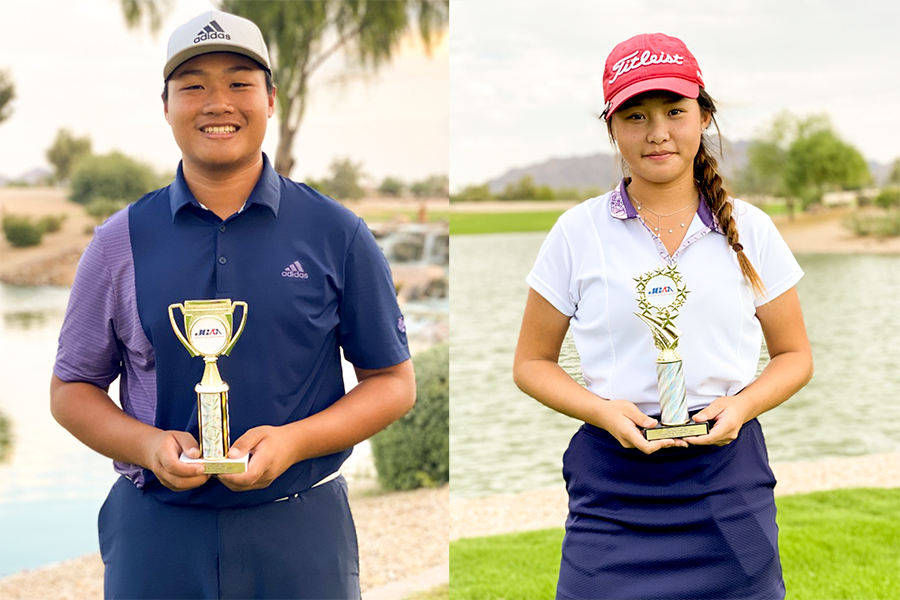 The JGAA Fall Classic teed off at Augusta Ranch Golf Club and Lone Tree Golf Club Oct. 31 – Nov. 1 with Anawin Pikulthong of Gilbert posting a wire-to-wire win in the Boys Championship division. He opened up a two-stroke lead in the first round thanks to a 6-under-par 29 on the back nine – including a 4-under-par run on the final five holes – en route to bogey-free, 8-under 63.

Eventual second-place finisher, Jacob Tarkany, of Scottsdale gave chase with a first-round 66 followed by a 67 to finish at 9-under-par 133 for the tournament, two strokes behind Pikulthong, who answered with a final-round 68 to finish at 11-under par. Wyatt Chapman (67-69) and Aadith Mosur (65-71), both of Gilbert, finished tied for third place at 6-under-par 136.

After the first-round 72 in the Girls Championship division, Emma Tang of Chino Hills, California sat two strokes off the pace, 1-under 70, set by Celia Schrecker of Tucson. Tang then edged out the field after a final-round 71 to win the tournament at 1-over-par 143, one stroke ahead of Talia Gutman of Scottsdale (71-73) at 2-over-par 144. Lauren Pham of Las Vegas came in third place after shooting 72-73—145, 3-over par for the tournament.