Fresh from a fourth-place performance at the Thunderbird Invitational on March 8, Desert Mountain High School’s David Ricciardelli, 17, came in first place at the inaugural AM&E Classic Presented by Bryce Molder on March 15 at Moon Valley Country Club with a 54-hole score of 67-67—134. He would finish two strokes clear of a hard-charging Michael Feagles who carded nine birdies and one bogey for a final-round 64. ALL TOURNAMENT PHOTOS AVAILABLE HERE.

Ricciardelli went on a few streaks of his own, including four under par for three holes (7-9) in round one, and three-straight birdies on holes 11-13 in the final round. Prior to this win, in 2015 Ricciardelli placed T2 in the Phoenix Metero Junior at ASU Karsten. Ricciardelli has a good opportunity to win back-to-back championships with a win at the upcoming Desert Mashie Spring Championship (March 28-29) – where he placed second last year. Also in 2014, Ricciardelli notched 2 top-3 finishes out of 7 played and 4 Top-5 finishes. 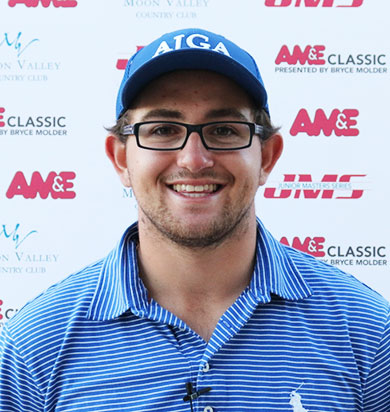 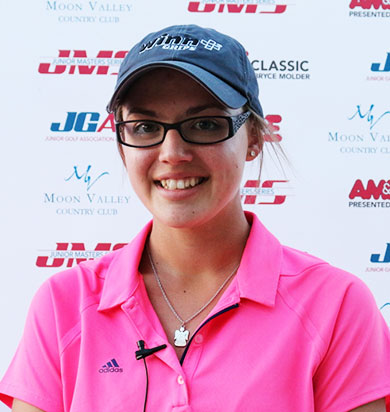 In the Girls Division, 15-year-old Xavier College Prep student, Emily Mahar, edged out Megan Knadler and Ashley Lonergan by a stroke with a steady 71-72—143 performance. With this win as well as her T3 finish on March 8 at the Thunderbird Invitational, Mahar carries some momentum into the Desert Mashie Spring Championship to be held at Encanto Golf Club. In 2014, she notched top 3s in 4 out of 7 tournaments played, top 5s in 6 out of 7 events, and she finished 2nd in the Tucson Conquistadores Spring Championship. Complete final standings available HERE.

The Junior Masters Series consists of five regular tournaments and one Series Championship at some of the most prestigious courses in Arizona. The first event – AM&E Classic Presented by Bryce Molder – was held March 14-15 at Moon Valley Country Club. Dates and venues for additional events to be released soon.

As with PGA TOUR player Bryce Molder, the JGAA will call on local PGA or LPGA Tour players to help launch each Junior Masters Series tournament which will include a pairings banquet the evening prior to the first round, and attendance will be open to all current JGAA members and parents.
“Our goal is to provide a competitive place for aspiring players to play,” said George Getz, Chairman of the Board of the JGAA. “This tournament series will allow kids to earn national-level points and will serve as a launching pad into nationally chartered events.”