Brady Haake finishes strong down the stretch for the Boys Championship win. Alyzzah Vakasiuola of San Tan Valley posted steady scores of 71-73 to defend her title at the Phoenix City Junior Championship held July 23-24 at Aguila Golf Course. Her even-par 144 outpaced second-place finisher, Aaryanna Morris, (72-73—145) of Avondale by one stroke and Julie Huggins (76-71—147) of Anthem, who won in the Girls 15-18 division last year, finished three strokes shy in third place. In the second round, Morris gave chase with four-consecutive birdies on holes 2-5 while Emily Shimkus of Cave Creek shot 2-under 70 and Huggins with a 1-under 71. Despite their charges, Vakasiuola cruised to her fifth all-time JGAA win in the Girls Championship division. 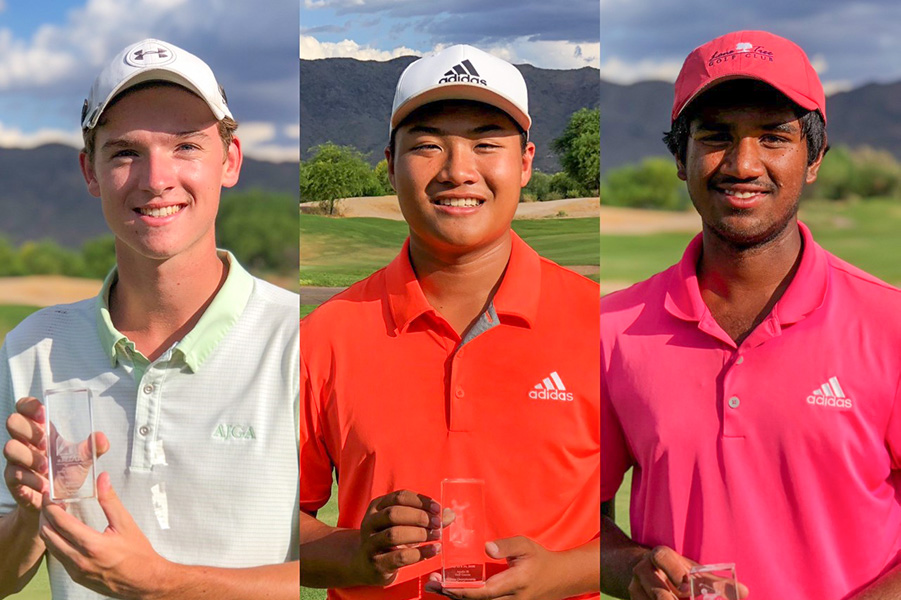 After round one in the Boys Championship division, Brady Haake of Gilbert sat in second place at 1-under-par 71, one stroke behind four players tied for the lead. Haake then overtook the field in the second round with a 4-under-par 68 to finish at 5-under-par 139 for the tournament. His strong play down the stretch sealed the win. He birdied 15 and 17 in the first round, and in the second, eagled 15 then birdied 17 and 18 to shoot 2-under-par 34 on the back nine for the second day in a row.