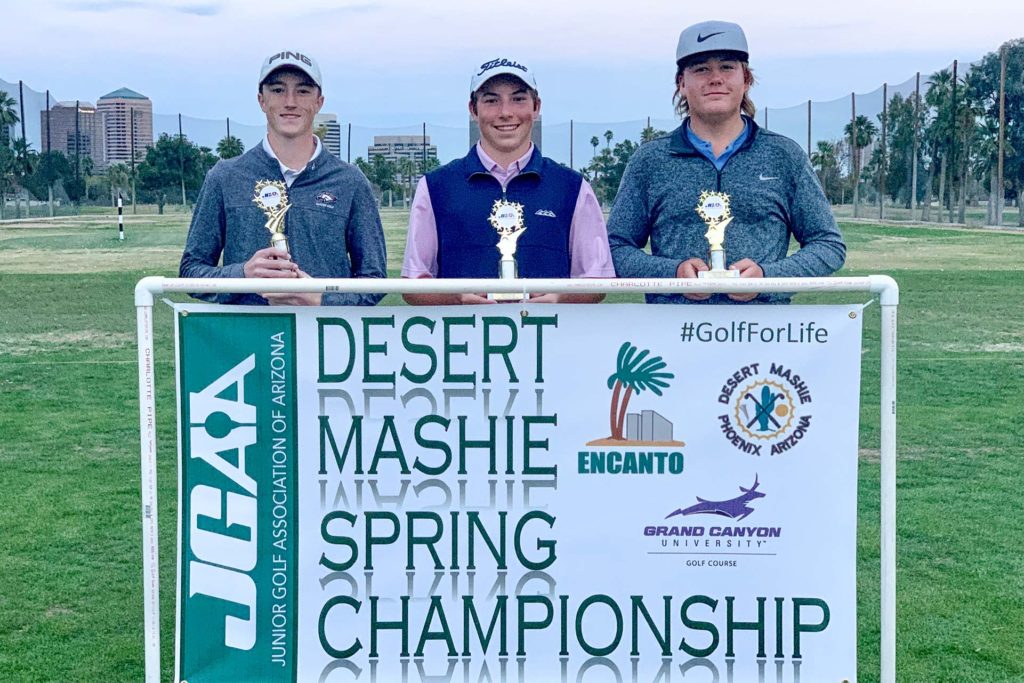 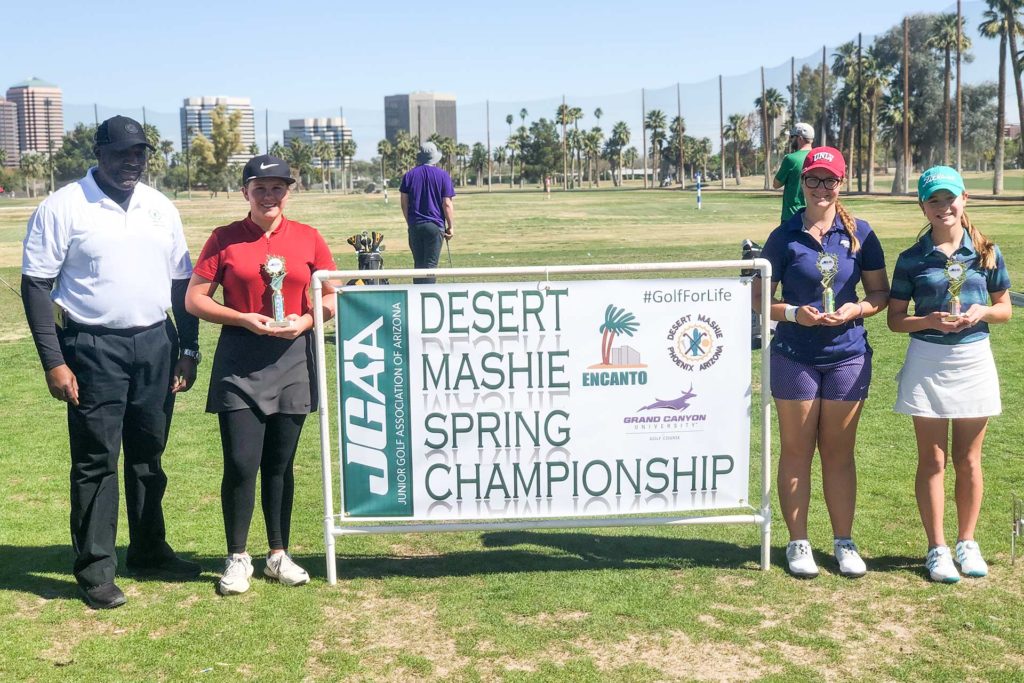 In the Boys Championship division, Zachary Missigman of Goodyear edged out Joseph Lloyd of Scottsdale on the second playoff hole with an up-and-down par save at the 9th hole. Both players turned in identical 67-67—134 performances to finish regulation play at 6-under par. The win marks Missigman’s first in five JGAA events entered and Lloyd’s best finish after six starts. Preston Summerhays of Scottsdale came in third place, one stroke off the pace at 5-under par (67-68—135). And Ben Lorenz (70-67—137) of Peoria, who won the tournament two years ago, finished in fourth place.

Grace Summerhays of Scottsdale took top honors in the Girls Championship division by a two-stroke margin over Madeleine Laux (71-74—145) of Goodyear with a steady 3-over-par, 72-71—143 final score. Both Summerhays and Laux have notched two wins so far this season with Laux holding onto a 75-point lead over Summerhays in the race for JGAA Player of the Year award in the Girls Championship division. Kailani Deedon of Mesa (76-73—149) came in third place at 9-over par.

“The Desert Mashie has been giving our juniors a place to compete and have fun for nearly 40 years,” said Scott McNevin, Executive Director of the JGAA. “It’s an honor for us to carry on the tradition of this tournament started by a group of people with a common passion for golf and the desire to see more kids grow up with the game.”