By Golf EditorSeptember 29, 2021No Comments

Advance to Drive, Chip and Putt championship at The Masters 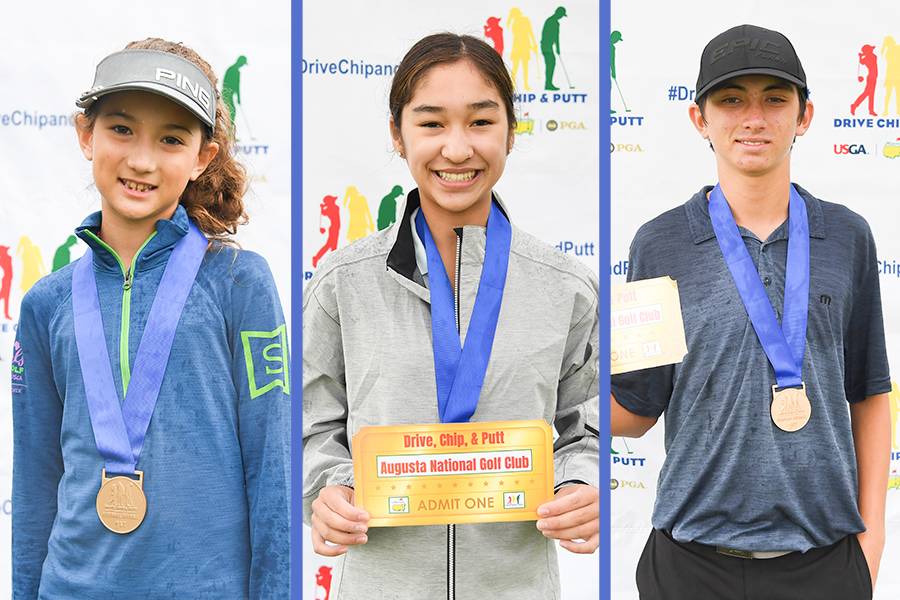 Jessica Hoerr, 9, of Phoenix cruised to victory in the Girls 7-9 Division thanks to a hot putter and great vibes from a win the day before at “Girls Golf Day,” the biggest annual event for USGA LPGA Girls Golf of Phoenix. Turns out Girls Golf Day four years ago, and a new set of clubs from grandpa, touched off the whole affair.

“Girls Golf Day happened to be coming up, so we signed up and showed up wearing jeans; we didn’t know anything at all about golf,” said Danielle, not realizing the tournament portion of the day was for course-ready girls.

Girls Golf of Phoenix director Cori Matheson spotted them from a mile away, and quickly accommodated Jessica, unwilling to send her away empty handed.

“She gave us a really quick class, and Jessica played a one-hole tournament,” said Danielle.

That gesture sparked Jessica’s passion for golf, which four years later led to a trip to Augusta National. What’s more, “We actually met in the Army in Augusta Georgia we were both stationed at Fort Gordon,” said Danielle. “This is going to be so fun. Neither one of us has been back since.”

Tucson, Arizona’s Ella Walsh saved the best for last in the Girls 14-15 division. She put up 60 points in the Putting challenge alone to win by a 14-point margin at 144. She’s headed to Augusta with momentum from success at local junior events, and likens herself to a shot maker who enjoys “the fact that golf there’s so many shots in golf, so many shots you can play, so many different scenarios.”

“Not an amazing one shot today, just all good shots,” Walsh concluded.

One golf scenario nobody wants to see is the dreaded low-left snap hook, but that’s exactly what greeted Jay Nergard, 15, upon taking warm-up cuts on the practice tee.

After taming a “huge duck hook,” Nergard leaned on his short game to earn the victory in the Boys 14-15 Division. The Phoenix resident perhaps overcompensated, which resulted in a “fade about two feet out of bounds.” He kept the next two drives in play and then found another gear with the short game, earning 50 points in chipping and 60 putting.

“This is good preparation for actual golf, but actual golf doesn’t prepare you for this,” Jay said.

Nergard has been “preparing” since age six, but he didn’t “get serious until age 12” when his parents hooked him up with a swing coach.

“Getting better at golf really gave me the motivation,” said Jay, and he reckons that if he can “up his golf game in the next few year,” he’ll set his sights on ASU or UCSD for golf as well as robotics and computer science programs.

Nergard is confident in his own abilities, and appreciates golf as an “individual sport, where you only have yourself to rely on.” At the same time he also was quick to point out those who helped him along the way, from his parents, swing coach, JGAA and The First Tee of Phoenix’s Scotty Johnson.

The championship tees off April 3, 2022, before the Masters Tournament.