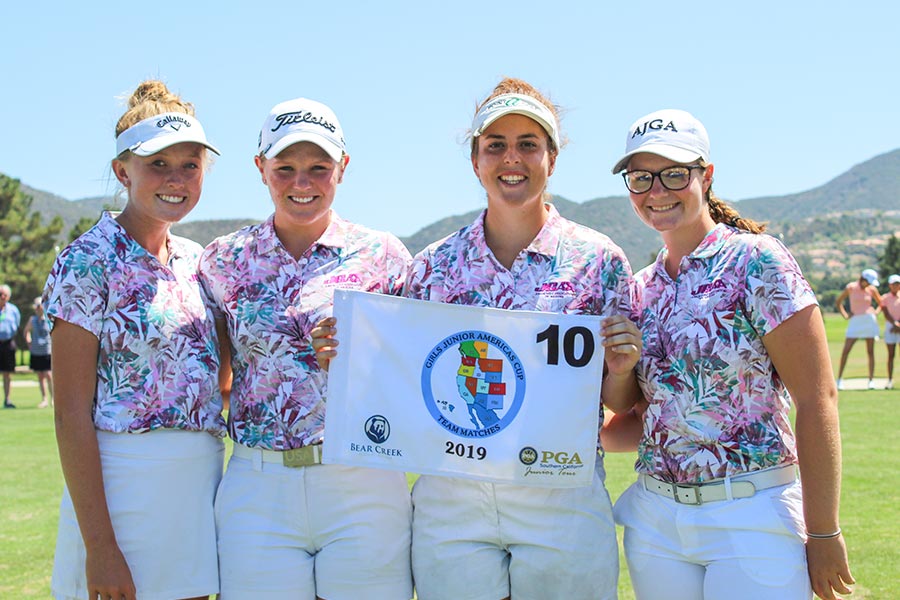 Team Washington and Team Hawaii are the co-champions of the 2019 Girls Junior Americas Cup with both posting scores of 6-over-par 654 at Bear Creek Golf Club in Murietta, California, July 28-August 1.

Individually, Laux led Team Arizona with a T9 finish overall at 5-over par, her best finish in her third consecutive start at the Girls Junior America’s Cup. Interestingly, she birdied the par-3 16th hole all three days. Benita finished T26 at 13-over par, while Todd finished one stroke behind at 14-over par, good enough 30th place. And Bryan placed T46 at 22-over par.

The individual medalist also ended in a tie between Lana Calibuso-Kwee of Team Hawaii and Cassie Kim of Team Washington. Both Kwee and Kim finished the tournament at seven-under par, 209.

Congratulations to Team San Diego for being awarded the Joan Teats Award, which is given to the team that best exemplifies the qualities of leadership, sportsmanship, honesty, friendship and respect throughout the week.