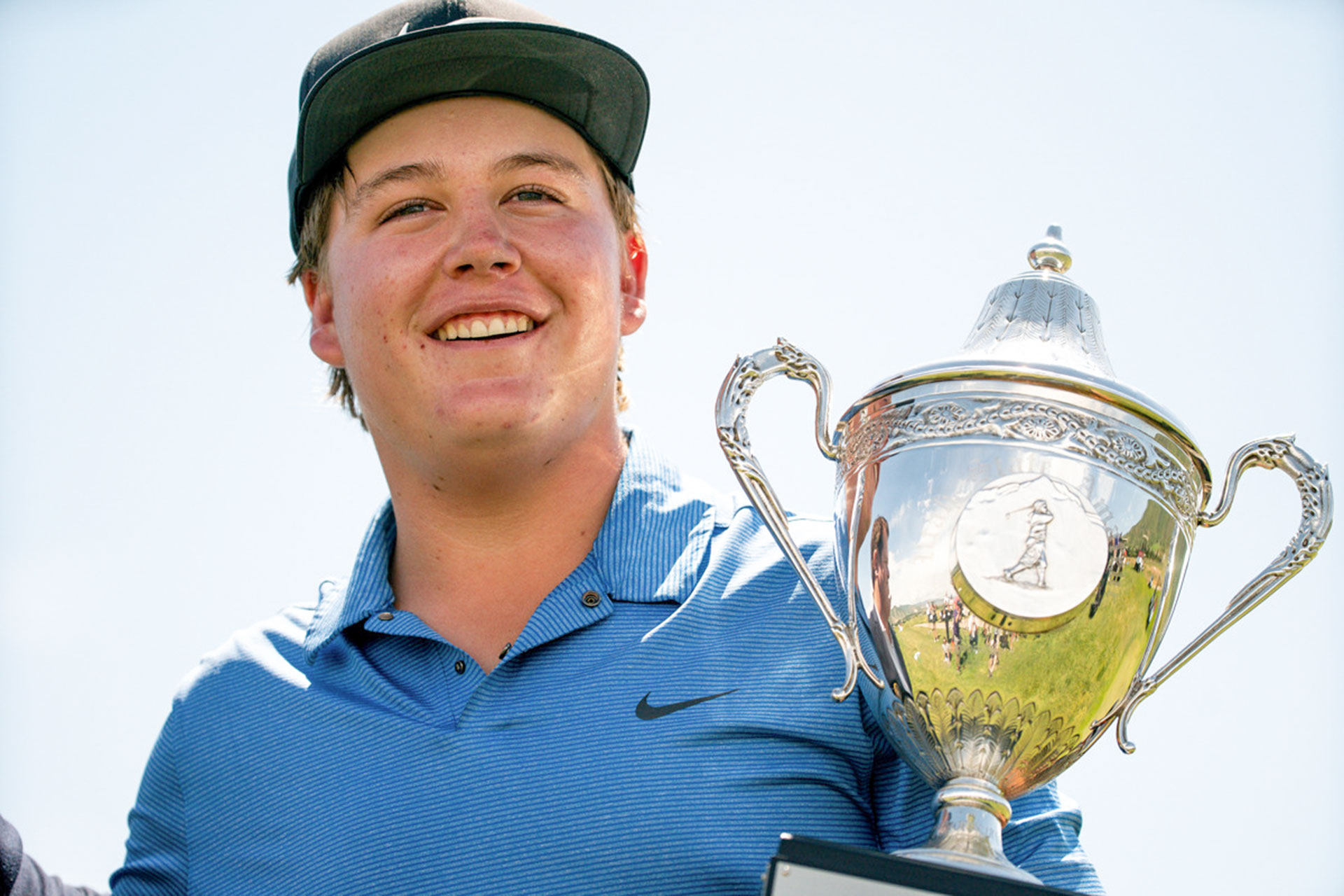 Preston Summerhays made the record books – again! For the second-consecutive year, the Scottsdale resident and JGAA member won the Utah Men’s State Amateur. Last year at age 15, he broke the 101-year-old record as the youngest to win. This year he set another record as the youngest two-time winner at 16, breaking the mark set by his uncle Daniel in 2000 and 2001 at 17 years old.

Summerhays made 9 of them in the first 18 holes of the 36-hole match held July 13 at Soldier Hollow Golf Course in Midway, Utah. After only four holes, Summerhays jumped out to a 3-up lead over Chase Lansford, 24-year-old member of the Utah State University golf team, who answered with three birdies of his own on the last four holes of the front nine to square the match.

“After the ninth, when I beat him on the hole when he missed that short putt, I really felt like the momentum had switched in my favor,” Lansford said in a post-round interview with the Desert News. “But then he rattled off three birdies in a row and that didn’t help my case.”

“I’m not going to lie, after I gave up holes 8 and 9 in the morning, that got me a little mad, Summerhays said. “I used that as fuel, so that pushed me to play well the back nine.”

“Well” is an understatement. Summerhays put up a bogeyless, 6-under-par 29 on the backside to finish with a 5-up lead in the match, or what would be a 64 in stroke play.

After the lunch break, Summerhays started the second round much like the first with three birdies in the first four holes to go 8-up on Lansford. And once again, Lansford answered with two birdies on 6 and 7 to claw back into the match before Summerhays notched the final birdie of the match on No. 8. The two carded matching pars on the next four holes with the 121st championship ending after the 12th hole at 7 and 6.

Next up, Summerhays’ is set to play in the U.S. Junior Amateur July 15-20 and the Pacific Coast Amateur Championship July 23-26.