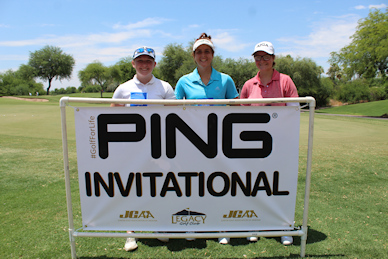 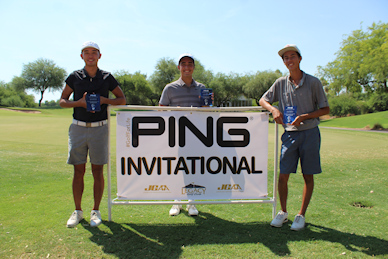 
Kobe Valociek of Peoria blistered the par-71 golf course at The Legacy Golf Resort with rounds of 65 and 63 en route to a 14-under-par 128 at the PING Invitational held July 23-24. His bogeyless first round featured six birdies, three on the front, three on the back. And in the final round, he turned in another clean scorecard with eight birdies and a 6-under-par 29 on the back nine. The win marks his first of the season in 13 starts in the Boys Championship division.

Defending champion and verbal commit to Loyola Marymount University, Riley Lewis of Prescott came in second place with a pair of 68s to finish at 6-under-par 136. Gabriel Salvanera of San Tan Valley, who will play for South Mountain Community College in the fall, came in third place at 5-under-par 137 (70-76).

In the Girls Championship division, Peoria’s Mattison Frick posted 71-68 highlighted by an eagle in the final round on No. 8. She added two birdies on the way in to win for the second time this season at 3-under-par 139, one stroke ahead of defending champion and first round leader, Maya Benita of Tucson. Benita shot two rounds of 70, both featuring three birdies and two bogeys to finish at 2-under-par 140. Madeleine Laux of Goodyear finished in third place at even-par 142 (72-70). The verbal commit to UNLV jumped into the third spot thanks to three consecutive birdies at the beginning of the final nine holes.