By Golf EditorOctober 21, 2019No Comments

The JGAA announced the 2019 Sportsmanship and Player of the Year Awards across five age divisions at the annual awards banquet held October 20 at Papago Golf Course.

“The level of play and incredible performances throughout the season continue to amaze me,” said Scott McNevin, Executive Director of the JGAA. “The season-long points race, and all of the tournaments that contribute to it, give players both long-term and short-term goals to reach for. They complement each other. And what an incredible year for Preston Summerhays. To follow up back-to-back Utah Men’s State Amateur wins with a US Junior Amateur championship is simply incredible.”

In honor of Summerhays’ big win, the awards event took a special detour to recognize his incredible play back in July. With the victory, the recent verbal commit to Arizona State University became the third Arizona resident to win the tournament in recent years. Charlie Beljan won in 2002 at Atlanta Athletic Club, and Philip Francis won in 2006 Rancho Santa Fe Golf Club in California. Summerhays also is exempt to play in next year’s US Open.

Ashley Menne, 17, has become a permanent fixture at the awards banquet. She earned Player of the Year honors in the Girls Championship division for the fourth consecutive year (2016-2019), Moreover, the Surprise resident won the Player of the Year Award in the Girls 13-14 division in 2015 as well as Girls 11-12 division in 2014 and 2013. All told, she has been the player of the year for an astonishing seven consecutive years across four JGAA age divisions.

“The Sportsmanship Award is one of my favorites,” said McNevin. “It really goes to heart of the game, how it is different from most sports and why it’s such a great sport for kids to learn and play.” 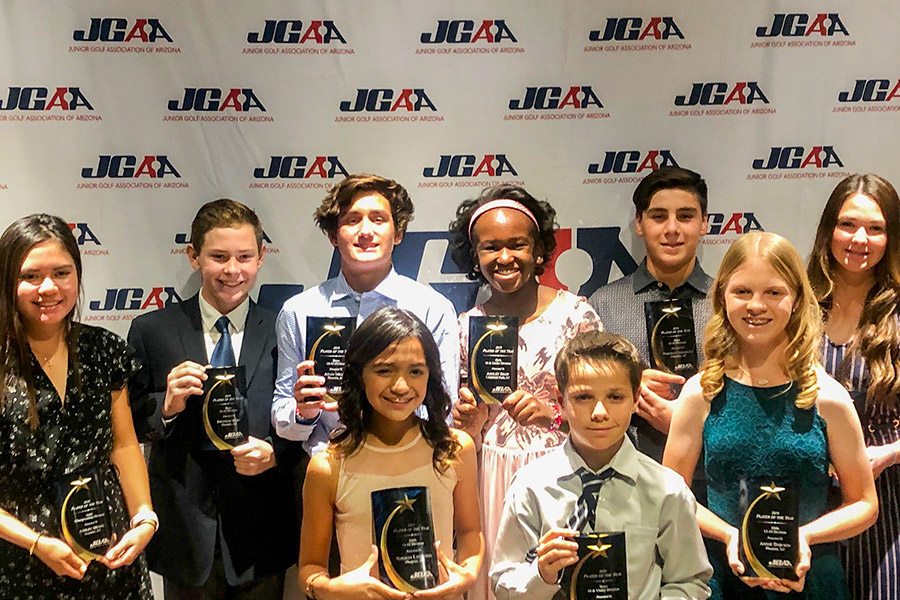 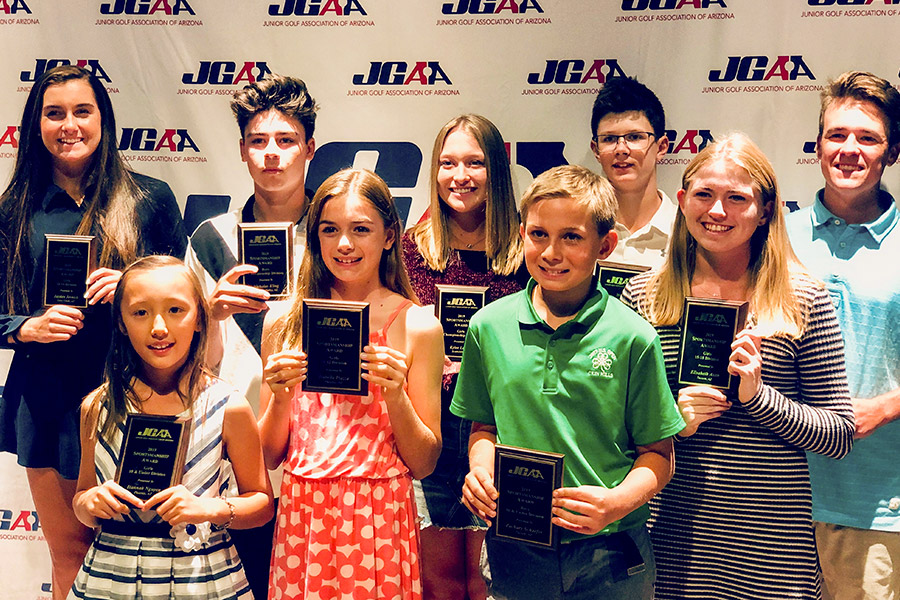 2019 Player of the Year Season Recaps

Boys Championship – Ben Lorenz
Lorenz’s three wins this season in JGAA play came at the Thunderbird Junior Classic, State Junior Golf Championship and Willie Low Invitational, a coveted PING Junior Masters Series tournament. In all, the verbal commit to the University of Oklahoma has played in nearly 80 JGAA tournaments since joining in 2008. Lorenz, 18, also notched his first win in an American Junior Golf Association tournament (AJGA) this year at the AJGA Junior at Big Sky. Currently ranked 50th in the Rolex AJGA Rankings, he adds the victory to seven other top-10 finishes on the AJGA circuit since 2017.

Girls Championship – Ashley Menne
Menne, 17, finished in the top 25 in 11 of 16 JGAA tournaments she entered this year, winning eight of them along the way including the IMG Academy Junior World Qualifier, State Junior Golf Championship and Scottsdale Junior Championship. But her biggest win of the year came at an official PGA TOUR Champions tournament where she claimed the girl’s title at the PURE Insurance Championship contested at Pebble Beach Golf Links and Poppy Hills Golf Course in late September. A verbal commit to Arizona State University, Menne will join Sun Devil Women’s Golf in the fall of 2020.

Cervantes, 13, played most of his 2019 tournaments in the Boys 15-18 division where he made the top 25 in all seven events entered, six top-10s and four wins including three in a row over the summer at the Prescott City Jr Championship, IHOP Classic and Scottsdale Junior Championship.

Waite, 16, made the top 25 in all 12 events she entered in the Girls 15-18 division as well as the top 10 in all but one tournament. Her three wins in 2019 came at the IMG Academy Junior World Qualifier, Bruce Brown Yuma City Jr and Prescott City Jr Championship.

Dawson’s 2019 season started with two wins in Tucson at the Tucson Conquistadores Spring Classic and the Tucson City Jr Championship. She added a third win at the Phoenix City Junior Championship before ending the season with top-5 finishes all 10 starts.

Lamadrid turned in nine wins in 13 tournaments, which amounts to nearly a 70 percent win rate. She also added two runner-ups, one third place and one T6 performance to take Player of the Year honors in the Girls 11-12 division by more than a 900-point margin.

Corwon started out the season with wins at the Phoenix Metro Jr and Tucson Conquistadores Spring Classic before ending with a third win at the Scottsdale Junior Championship. In between, he placed T2 at the Tucson City Jr Championship and 3rd at the PING Invitational.

Shaw entered an ambition 15 tournaments in 2019, racking up seven wins along the way. She place third or better in all 15 events with seven second-place finishes and one third place finish.

View Photos From the Awards Banquet