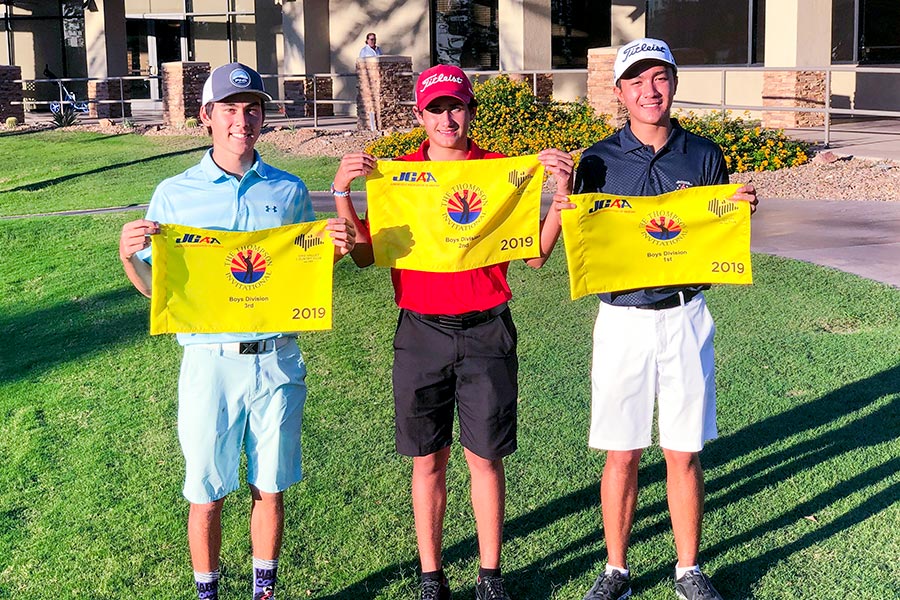 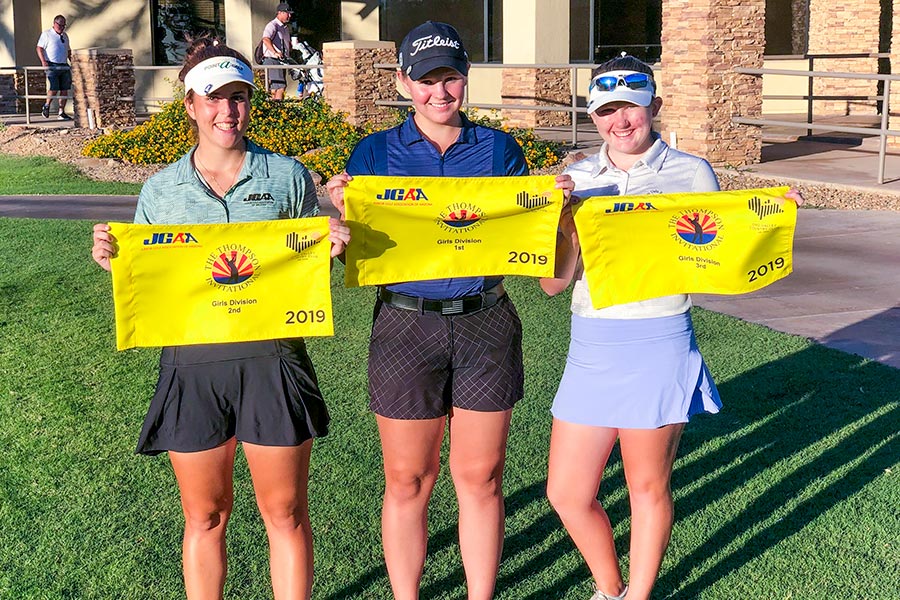 Johnny Walker of Chandler, outlasted Adam Miller of Phoenix by one stroke to take first place in the Boy Championship division at the Thompson Invitational contested at Oro Valley Country Club September 28-29. Walker followed a first-round 69 with a final-round 70 to finish at 5-under-par 139 for the championship. This marks Walker’s first win in eight events entered this season including two recent third-place finishes. Miller shot 68-72—140 to finish at 4-under par, and defending champion, Trevor Lewis of Prescott, came in third place at 1-under par (71-72—143).

In the Girls Championship division, Kendall Todd (76-70) of Goodyear, came in first place at 1-over par after shooting 74-71—145 for the event. The win marks Todd’s first of the season after 10 events entered with three second-place finishes and a third-place finish. Tucson’s Maya Benita finished one stroke back at 2-over par (71-75—146). And Mattison Frick came in third place at 3-over-par 147 (73-74).