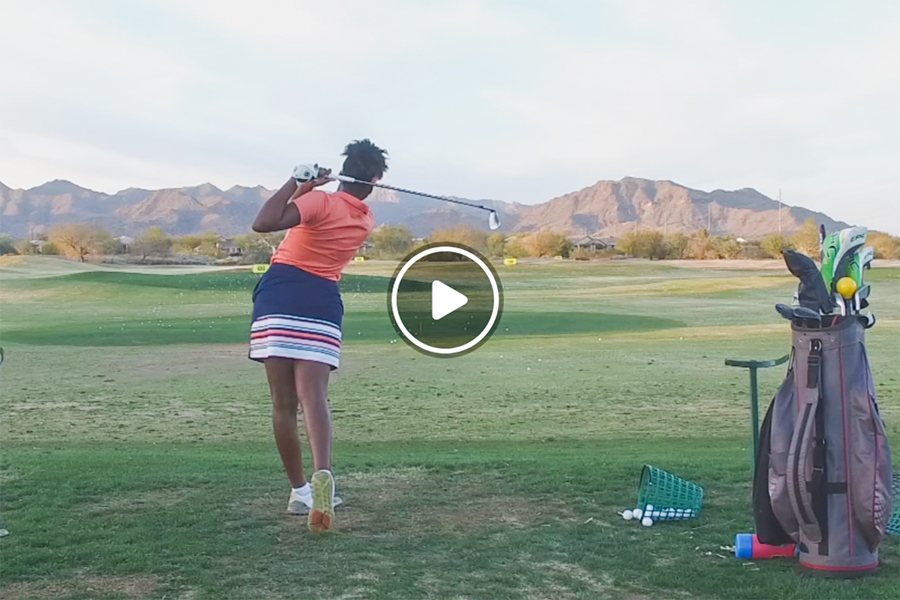 One of only 20 junior golfers in the United State with a seat on the Gen Z Council, 17-year-old, JGAA member Abigale Morris is already hard at work alongside the golf’s “next generation” to encourage diversity and inclusion in the game. “I thought it was awesome,” she said about the group’s first meeting in an interview with AZFamily. “I really related to everything they were saying, and it’s kind of cool hearing other people experiencing the same thing you are.”

The Canyon View High junior and member of the National Honors Society began JGAA competition at the 2018 Desert Mashie in the Girls 13-14 division. Since then she has entered nearly 30 tournament, with one win at the 2020 Tucson City Junior Championship in the Girls 15-18 division.

Like so many, she got started in the game with family – brother and dad.

“And now I’m at a point where I almost critique him, and he’s like, ‘I don’t know what else to teach you,'” she said.

For Morris and the Gen Z Council, changing perceptions of the game – especially the people who play it – stands at the forefront of progress.

“Sometimes [people] just stare at them when they’re out there, because it’s unusual to see us out there, or they’ve been mistaken as, like, a volunteer. I understand that as well. It’s almost like sometimes people don’t feel like you belong there,” she explained. “I feel like in the Black community, it’s not as welcoming to do something like golf. I think it’d be cool just to see more people like me out there.”

“I don’t want golf to be looked at, like, it’s just for old people or it’s just for rich people,” said Morris. “I want it to be seen like every other sport. Like going to play basketball with your friends at the park, I want to see golf like that.”