The Chandler City Junior Championship, contested September 7-8 on the Devil’s Claw course at Whirlwind Golf Course, started out with two incredible first-round scores in the Boys Championship division posted by defending champion, Mahanth Chirravuri, of Chandler and Gavin Aurilia of Phoenix. Chirravuri fired a blistering 11-under-par 61, which featured nine birdies and one eagle. The low round of the tournament, Chirravuri’s 61 was sparked by a 4-under-par run for three consecutive holes on the front nine along with a cluster of six-consecutive birdies on the back. Aurilia sat two strokes off the pace after round one with a 9-under-par 63. At one point, he also carded six consecutive birdies to go along with three other birdies. 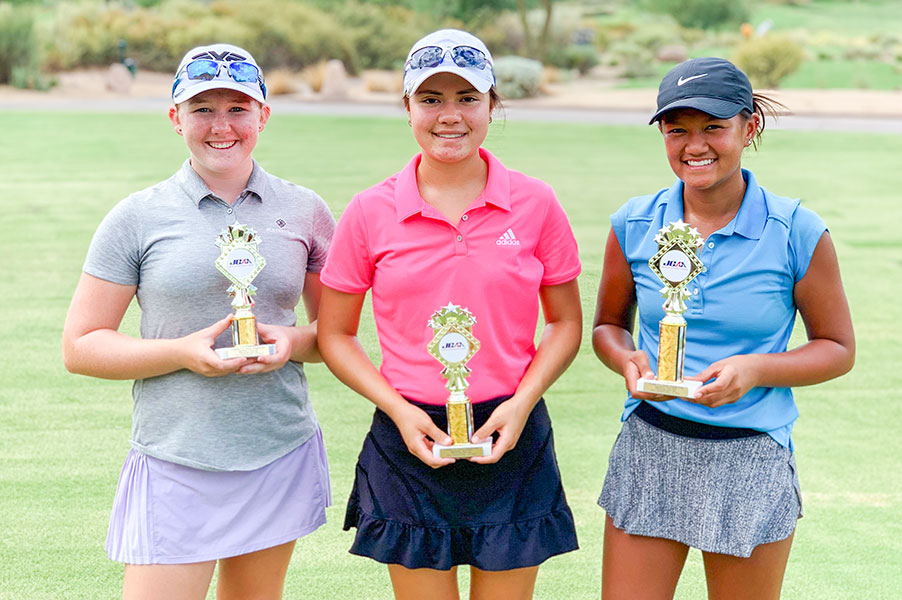 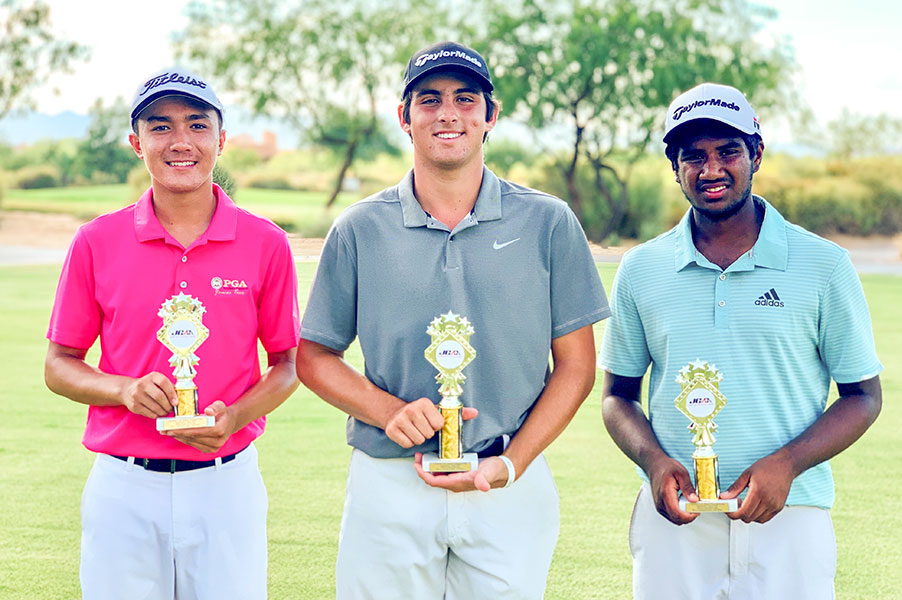 In the second round, Aurilia pulled head of Chirravuri with a 5-under-par 67, which included two birdies and an eagle on the par-5 15 hole to win the championship at 14-under-par 130. Chirravuri came in sole second place at 12-under-par 132. Johnny Walker of Chandler came in third place with at 9-under-par 135 (68-76).

In the Girls Championship division, Makenna Cabardo of Scottsdale broke into the winners’ circle for the first time this season after firing 69-71—140, 4-under par, to win by two strokes. Ashley Menne of Surprise came in second place at 2-under-par 142 with rounds of 70 and 72. Kylee Loewe (70-73) of Scottsdale and Mattison Frick (69-74) of Peoria trailed closely behind at 1-under-par 143 to tie for third place.