Aurillia scorches the par 5s; Matthews turns in steady performance to win by one. 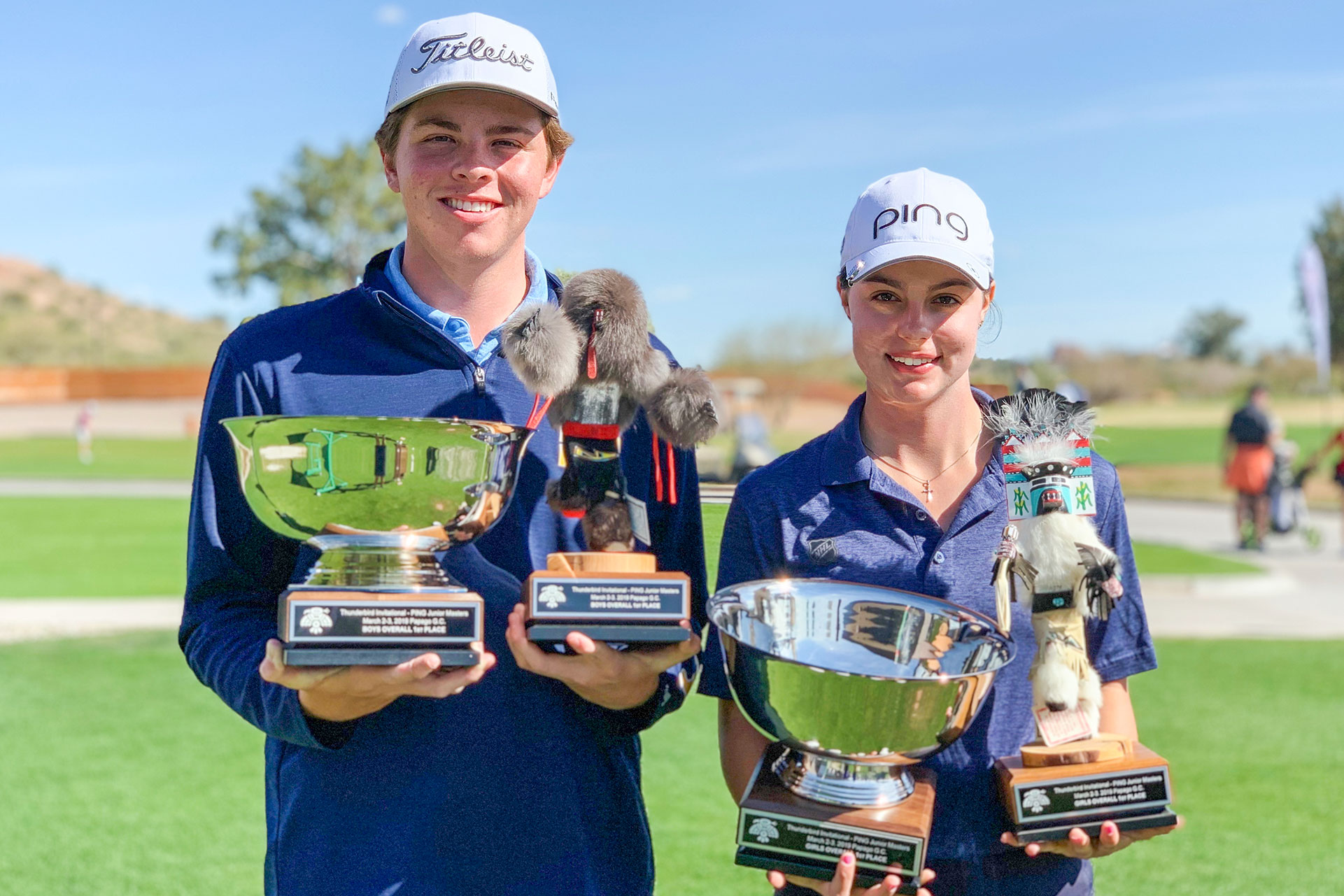 Chaz Aurilia of Phoenix fired a final-round 8-under-par 64, the low round of the tournament by three strokes, to win the Thunderbird Invitational – PING Junior Masters by five strokes. Aurilia, who finished at 9-under-par 135 (71-64) for the tournament, scorched the par 5s at Papago Golf Course both days with birdies on three of the four in the first round followed by back-to-back eagles and two birdies in the second round to go 9-under par for the eight holes. Fresh off a win in February at the Raven Invitational – FBGA – PING Jr Masters, Gunnar Broin of Chanhassen, Minnesota, shot 4-under-par 140 (69-71) to take solo-second place. Ben Lorenz (71-70) and Preston Summerhays (69-72) both shot 3-under-par 141 to finish tied for third place. 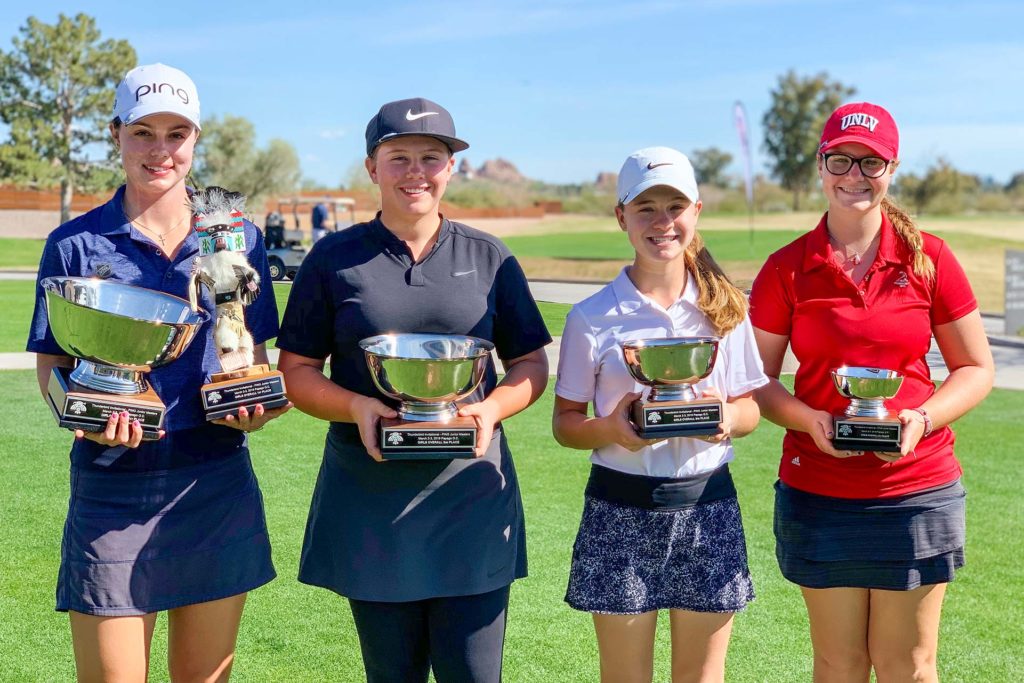 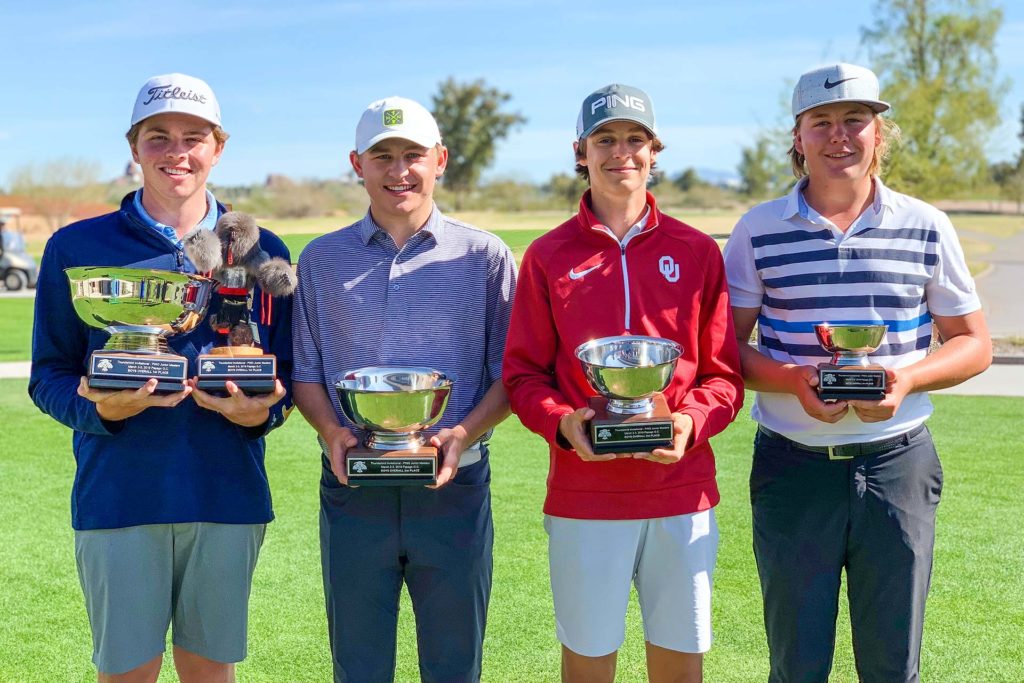 In the Girls division, Breyana Matthews of Scottsdale, held a share of the lead with Madeleine Laux of Goodyear after the first round at even-par 72. Matthews then followed with a 1-over-par 73 to edge out Grace Summerhays who turned in a pair of 73s to finish one stroke off the pace at 2-over-par 146. Kailani Deedon of Mesa came in third place at 5-over-par 149 (76-73). See full final results here.

“Chaz’s play was simply outstanding. Congratulations to him,” said Scott McNevin, Executive Director of the JGAA. “Breyana started out the season hot with a win in only her second start. As always, thank you to The Thunderbirds for 25 years of sponsorship of this event, not to mention all of the other support. And a big thank you to PING as well. Their support of the Junior Masters Series has really allowed these special events to gain popularity among Arizona’s best junior golfers.” 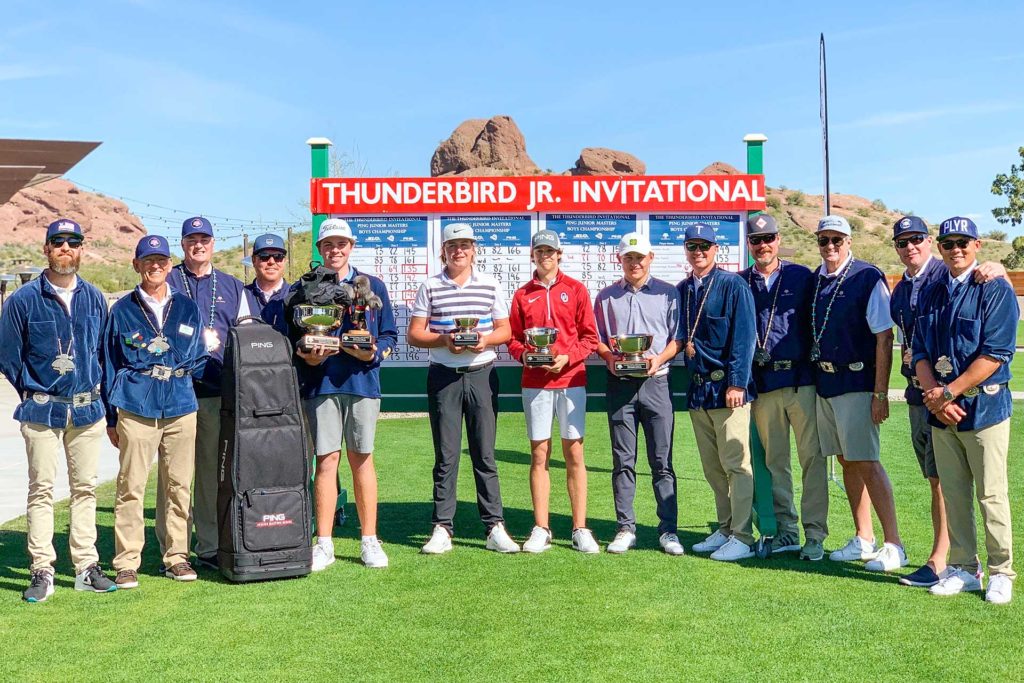 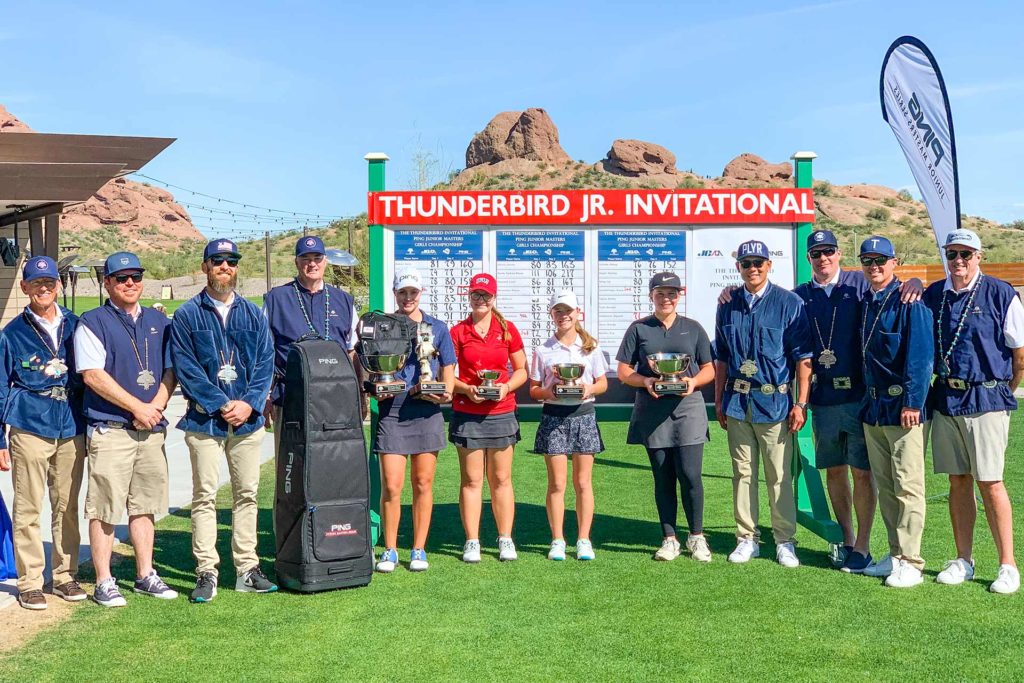 The Thunderbirds were founded in 1937 with the mission of promoting the Valley of the Sun through sports. The Thunderbirds consist of 55 “active” members and more than 250 “life” members. In 2018 The Thunderbirds raised a record $12.2 million for charity from proceeds from last year’s tournament and have eclipsed $134 million in charitable giving since its inception in 1932. For more information on The Thunderbirds or the Waste Management Phoenix Open, visit www.wmphoenixopen.com.

The PING Junior Masters Series tournaments are made up of five 36-hole, invitation-only, competitions where top-ranked Arizona junior golfers play locally against their peers. Due to the strength of the field, players earn more national-level points. This helps Arizona’s best enter national junior golf tournaments as well as better prepares them for college golf and securing college golf scholarships.