Camden Katz of Scottsdale fired a first-round 71 highlighted by three birdies and one eagle to open up a six-shot lead. He held on in the second round to finish at 8-over-par 152 (71-81), five shots clear of David Ramirez of Yuma (76-81—157, +13) in the Boys Championship Division at the Bruce Brown Yuma City Junior Championship. Sebastian Van Laarhoven of Scottsdale took third at 15-over-par 159 (79-80). 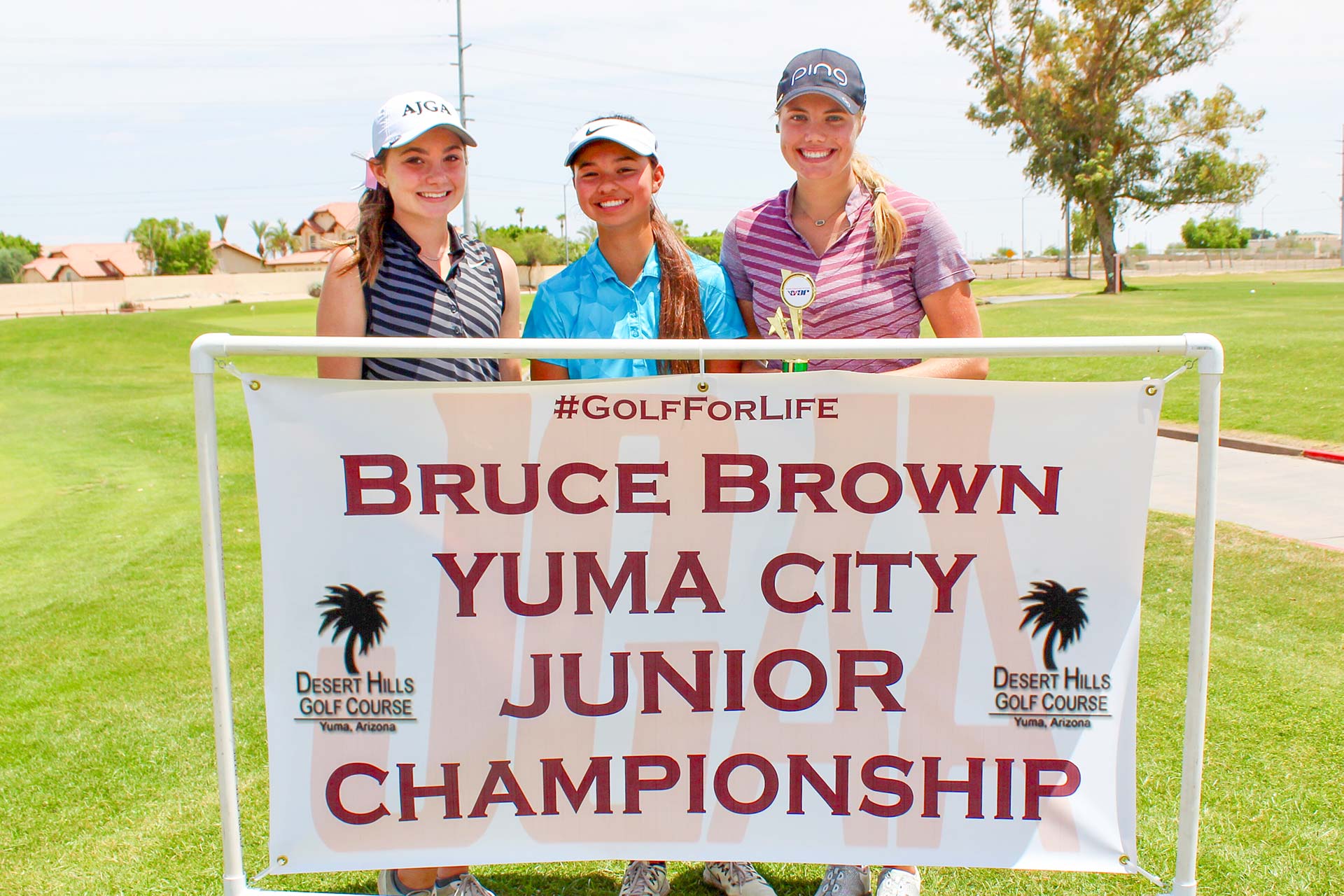 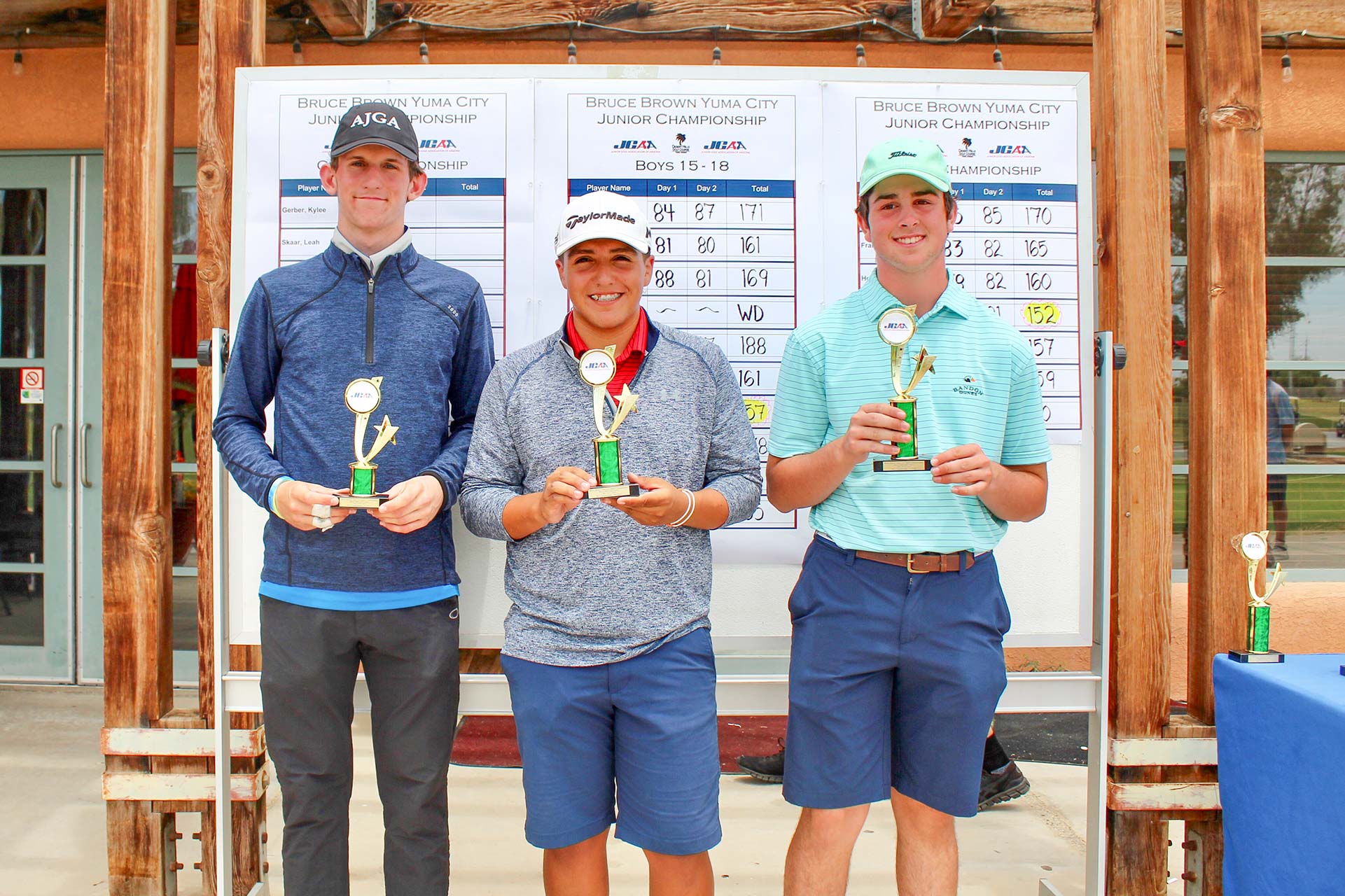 The annual event is played at Yuma’s Desert Hills Golf Course. After the passing of the long-time PGA Southwest member and general manager of the golf facility, Bruce Brown, his wife Laura and the JGAA established the Bruce Brown Memorial Scholarship in his name to award scholarship funds toward JGAA entry fees to deserving JGAA players. Hunter Nelson of Yuma received the award on the boy’s side and Brynn Kort of Kingman on the Girl’s side.

“Once again the Bruce Brown Yuma City Junior Championship turned out great,” said Scott McNevin, executive director of the JGAA. “We’re truly honored to host this event in Bruce Brown’s name. His commitment to the game of golf and community is an inspiration to us all.” 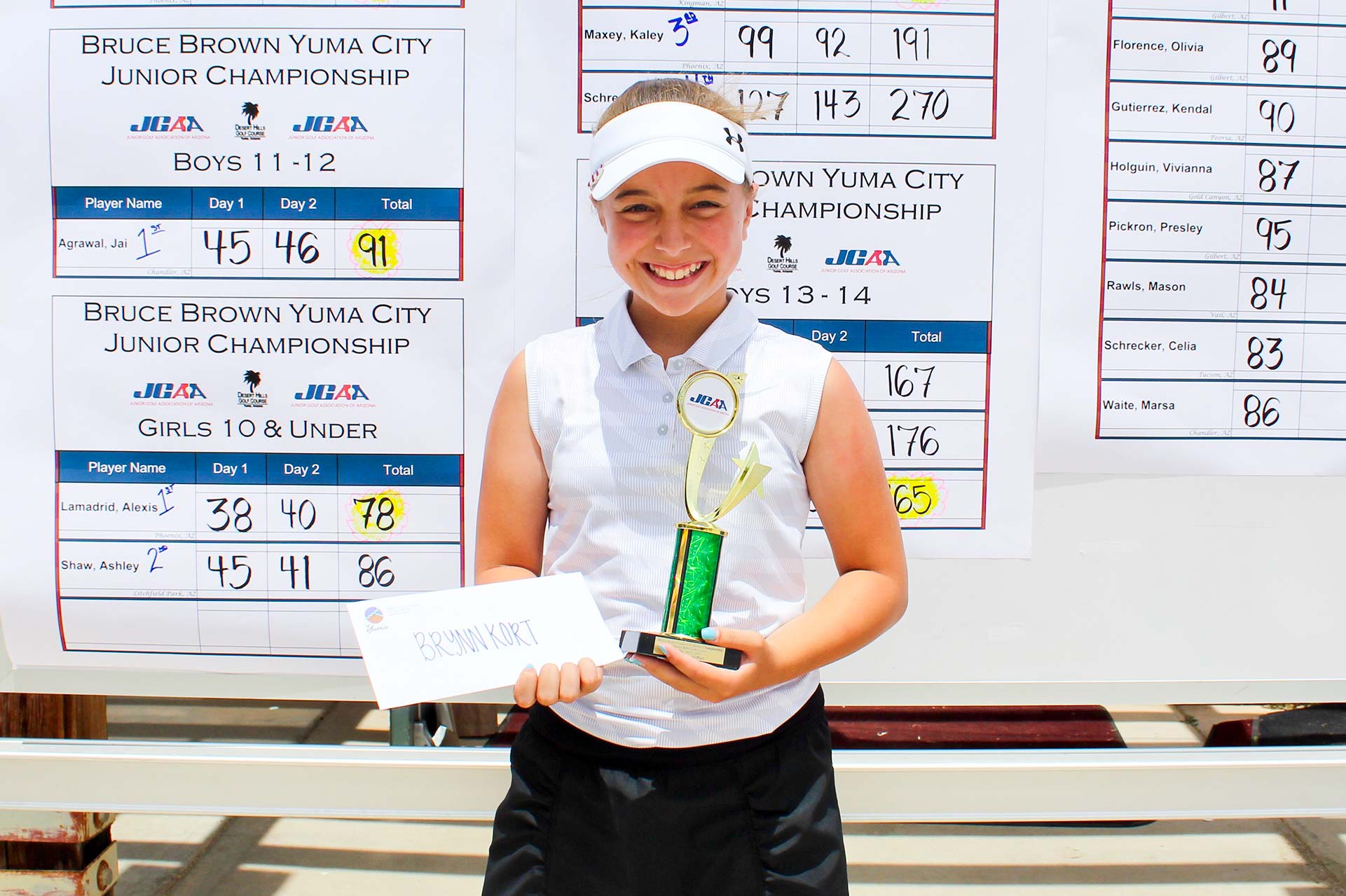 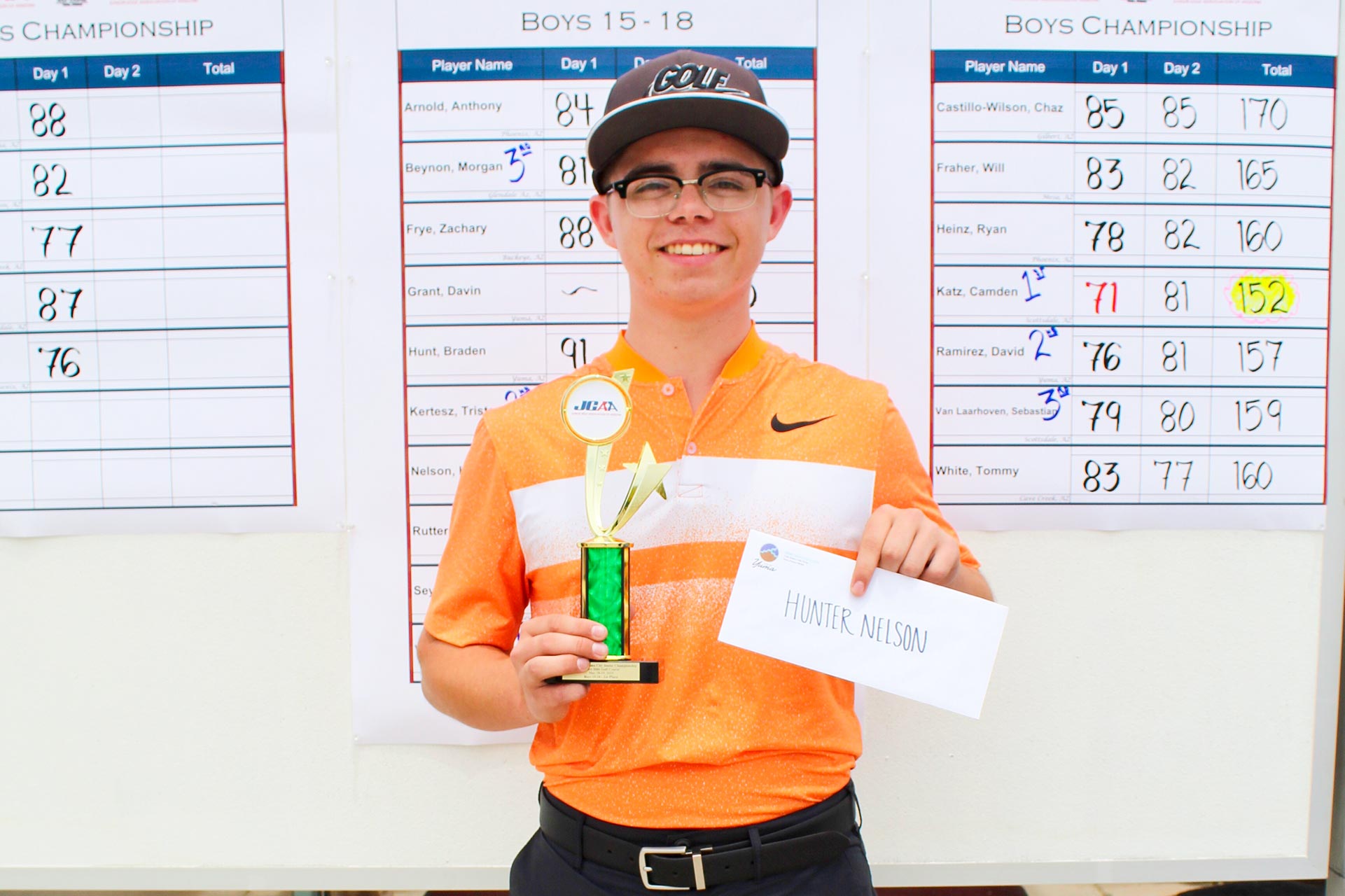