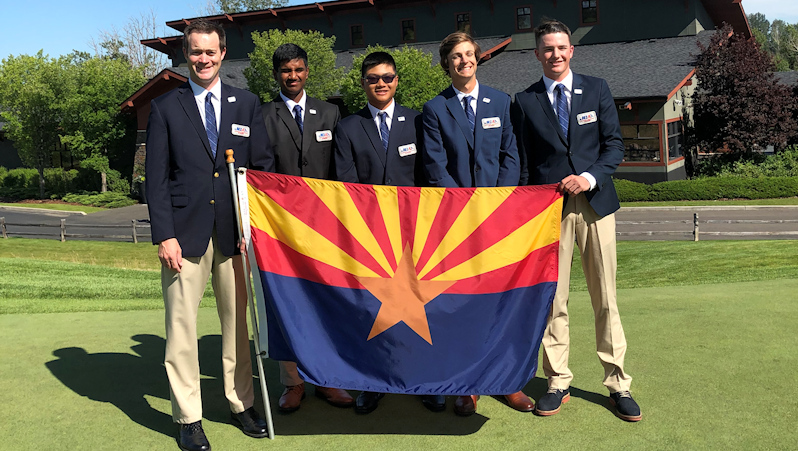 Ben Lorenz of Peoria returns to Arizona’s Junior America’s Cup team after a fourth-place finish last year. He joins Tucker Clark of Paradise Valley, Anawin Pikulthong of Gilbert, and Mahanth Chirravuri of Chandler. They will compete in a 54-hole format where their three lowest scores will determine the team score. All players also will be competing for the Sally Pini award recognizing the individual medalist. 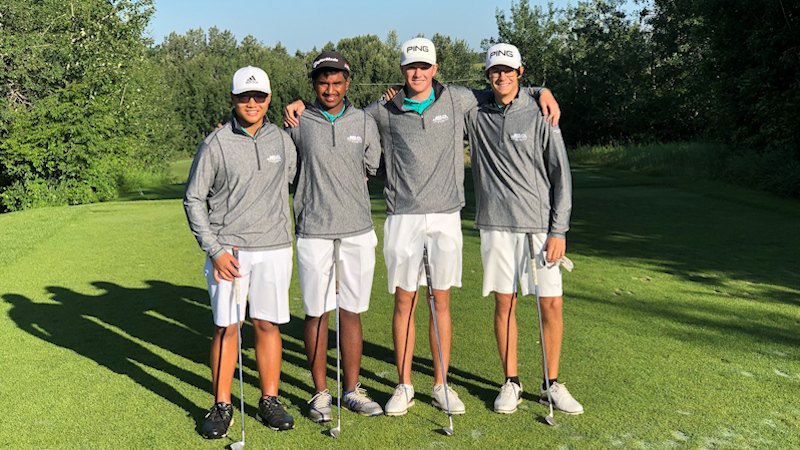 Ben Lorenz, class of 2020 at Sunrise Mountain High School, sits on top of the leaderboard for the JGAA Player of the year Award. The verbal commit to the University of Oklahoma has three wins and eight top-10 finishes after 11 tournaments this season. Most notably in June, he won the State Junior Golf Championship by seven strokes, thanks to a sizzling second-round, 8-under-par 64 at Paradise Valley Country Club. A week later he won the Willie Low Invitational, a PING Junior Masters Series tournament, by again firing 8-under par, this time a 63, at Phoenix Country Club.

Anawin Pikulthong, class of 2023 at Hamilton High School, sits in third place in the race for player of the year honors after 13 events played, two wins and 11 top-10s. His victories include Tucson Spring Championship and Jr World Qualifier.

Also a member of the winning Hogan Cup team 2018, Mahanth Chirravuri has a one win and seven top-10s in nine tournaments entered in JGAA events. His top finishes include a victory at the Southwest PGA Junior Championship and 2nd in Raven place Invitational. He is verbally committed to play for USC in 2022 after his senior year at Hamilton High School.