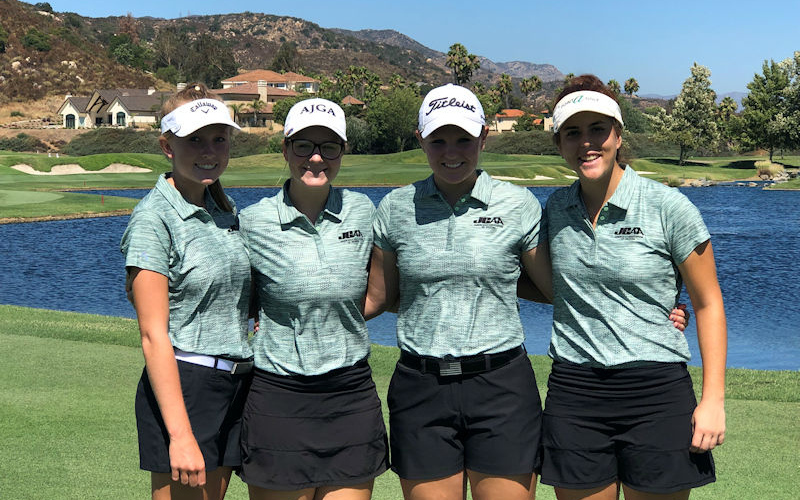 Goodyear’s Madeleine Laux and Kendall Todd, Sydney Bryan of Mesa and Maya Benita of Tucson make up the team. The four players were selected by virtue of their status on the JGAA’s Player of the Year points ranking. They will compete in a 54-hole format where their three lowest scores will determine the team score. All players also compete for the individual medalist honors as well as the Joan Teats Inspirational Award, which honors the best team exhibiting the qualities of leadership, sportsmanship, honesty, friendship and respect.

“We look forward to the Girls Junior America’s Cup each year,” said Scott McNevin, Executive Director of the Junior Golf Association of Arizona. “They came in fourth place last year. We’re looking for another strong finish again this year given the fact that all of them have played in the event before.”

Madeleine Laux, Millennium High School student and verbal commit to UNLV, is in first place for the Player of the Year ranking with four wins under her belt, along with nine other top-5 finishes in 18 events played. This marks her third-consecutive appearance on Arizona’s Girls Junior Americas Cup team.

Maya Benita, Catalina Foothills High School standout, has four second-place finishes and nine other top-10 finishes in 14 tournaments played. She sits in fourth place in the JGAA Player of the Year standings.

Kendall Todd recently advanced to the round of 32 at the US Girls’ Junior. She sits in sixth place in the season-long race for JGAA Player of the Year has placed in the top-10 in seven of 10 events including three second-place finishes.

Visit the Girls Junior America’s Cup website for more information about this event.