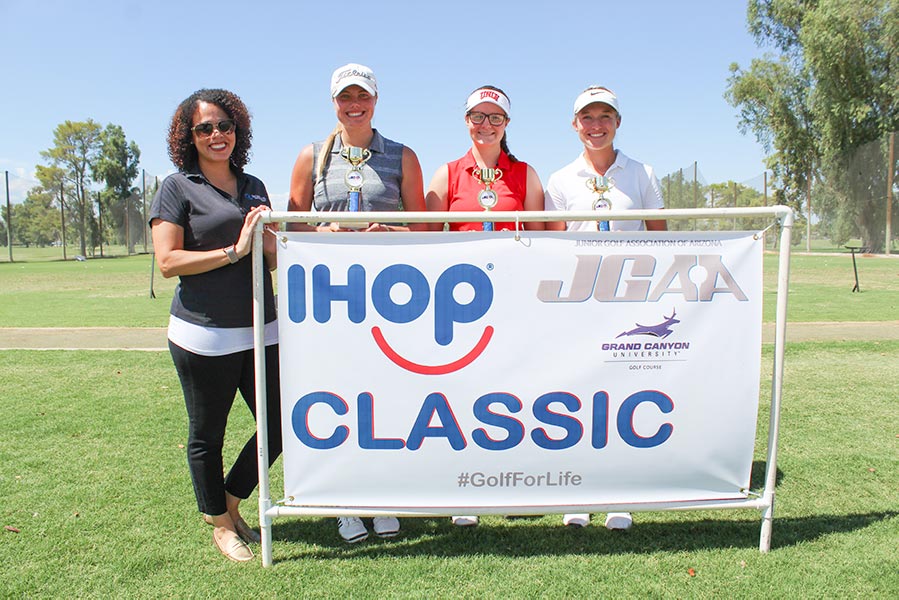 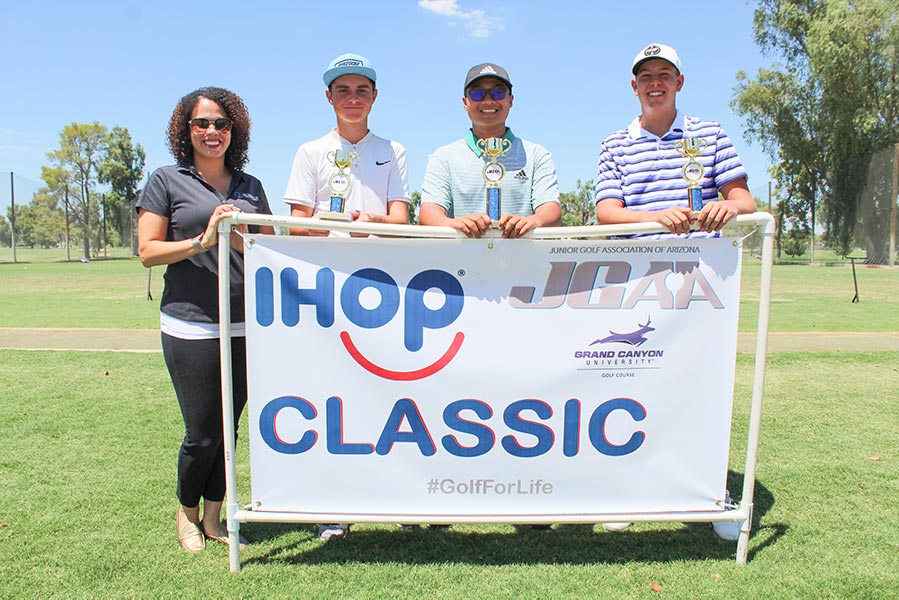 Pikulthong returns to the winners’ circle after a first-place finish last year in the Boys 13-14 division. This year, thanks to a fantastic 5-under-par 31 on the back nine in the first round, Pikulthong shot 66 to open a three-shot lead going into the final round in the Boys Championship division. He followed with a 1-under-par 71 to post 6-under 136 for the tournament and a wire-to-wire victory by four strokes over Tucson’s Daniel Henely (69-71—140), who made a birdie run of his own in round one on the back nine. Rio Newcombe of Gilbert came in third place at even-par 142 (70-72).

After the first round in the Girls Championship division, Skaar found herself one shot back at 2-over-par 73. She then fired a clean 4-under-par 67 with two birdies on each nine to finish the tournament at 2-under-par 140. Two players – Madeleine Laux (76-67) of Goodyear and Kylee Loewe (75-68) of Scottsdale – finished tied for second place at 1-over-par 143.

Romulus Restaurant Group’s Arizona IHOPS are proud sponsors of the JGAA. Since 1958, IHOP® has been the place where people connect over breakfast, enjoy study breaks, grab a bite before or after sporting events, and so much more. Romulus Restaurant Group, the largest franchisee and developer of IHOP Restaurants, is headquartered in Phoenix where it operates IHOP Restaurants in Arizona, Idaho, Pennsylvania, Oklahoma, Kansas, Texas, New Mexico, Indiana, and Ohio. Founded and led by owner/CEO Chris Milisci, Romulus has consistently ranked in the “Franchisee Top 100” by the Restaurant Finance Monitor and received numerous awards from IHOP Corporate including Franchisee of the Year. Both Milisci and Romulus proudly give back to the community and have been recognized for their charitable work including support on the JGAA. To learn more, visit http://romulusinc.com/site/.