By Golf EditorNovember 9, 2021No Comments 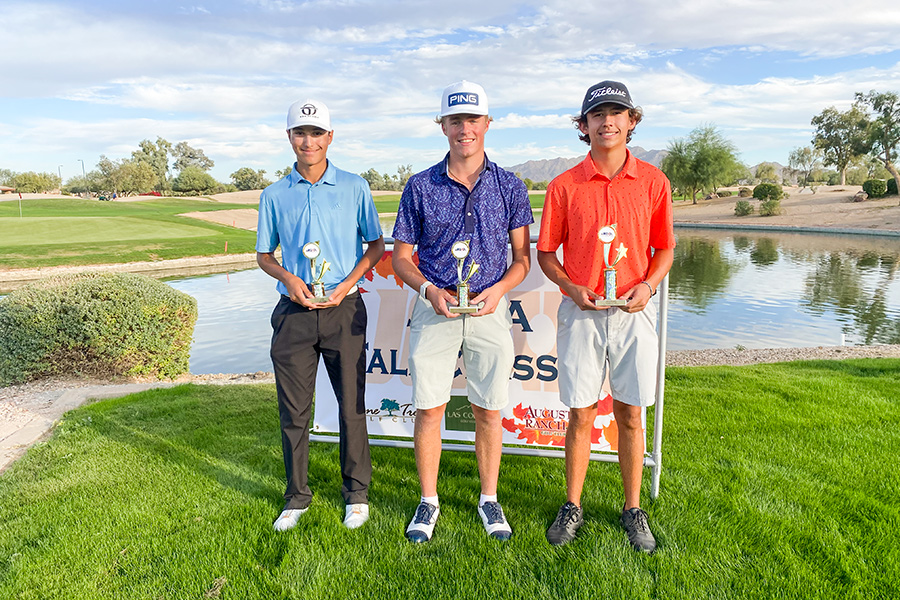 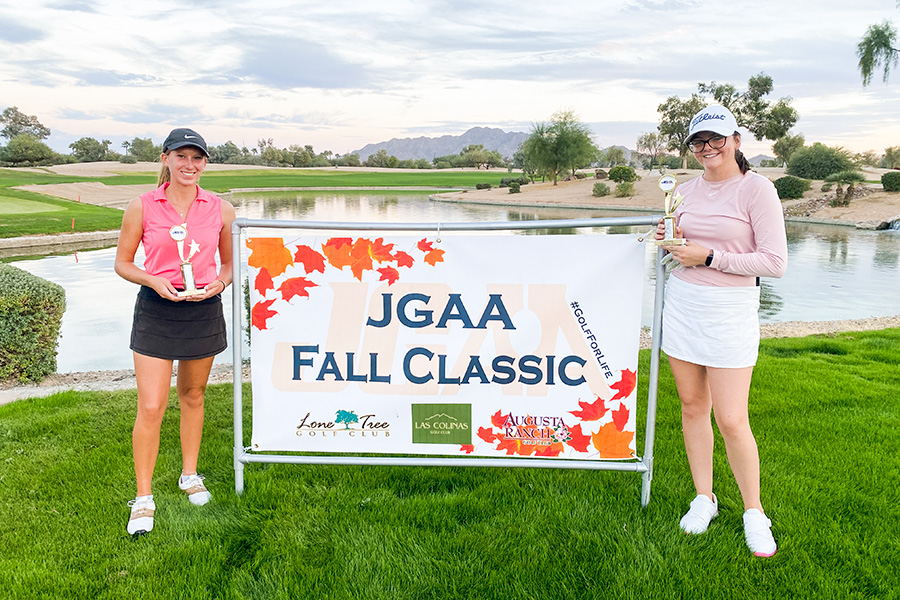 The JGAA Fall Classic teed off at Lone Tree, Las Colinas and Augusta Ranch Golf Clubs November 6-7 with Wyatt Chapman of Gilbert posting a wire-to-wire win in the Boys Championship division. He opened a three-stroke lead in the first round thanks to a 6-under-par 65 at Lone Tree, with three players close behind at 68. Chapman then finished with a 4-under 67, -10 for the tournament, to pull away from Chaska, Minnesota’s Davis Johnson who shot 68-66, 8-under par, to take second place. Ryan ‘OT’ Sefrioui of Scottsdale won third place at 6-under par after rounds of 70-66. The win marks Chapman’s third of the season; he picked up two consecutive wins in July at the Summer Classic and PING Invitational.

Tucson’s Mackenzie McRee earned her second JGAA win of the season in the Girls Championship division, with her first in February at the Phoenix Metro Jr. Championship. After a first-round 71 at Lone Tree, she sat one stroke behind leader Raina Ports of Oro Valley. McRee then followed with a 1-under 70 to grab a share of the championship alongside Scottsdale’s Gracie McGovern (72-69) who pulled into contention after a final-round 69. McRee prevailed over McGovern on the first playoff hole. Ports came in third place at 1-over par, with rounds of 70-73.

Jake Vick of Phoenix and Nathan Romero of Tucson tied for first place in the Boys 15-18 division with identical scores at Lone Tree, 72-71, before Vick prevailed in a playoff. In the Girls 15-18 division competition, held at Las Colinas Golf Club, Nikki Bowen of Surprise fired a fantastic final-round 5-under 66 en route to a the win.

Landon Ashcraft of Scottsdale and Jack Cook of Las Vegas both shot 71-69 to finish tied for first place at 2-under-par 140 in the Boys 13-14 division held at Las Colinas Golf Club, before Ashcraft won in a playoff. Aubrey Hilgers (70-66) of Litchfield Park shot a final-round 5-under-par 66 to win the Girls 13-14 division.