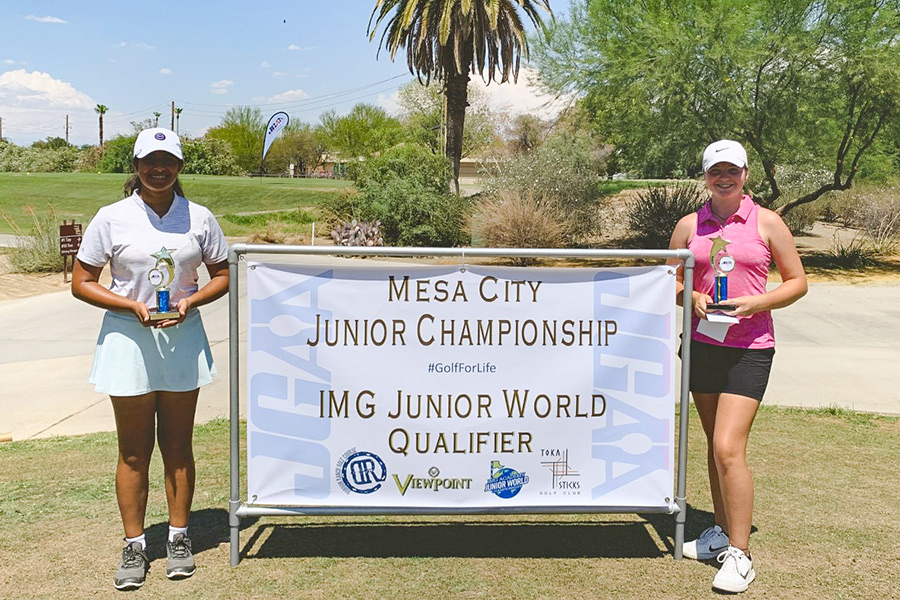 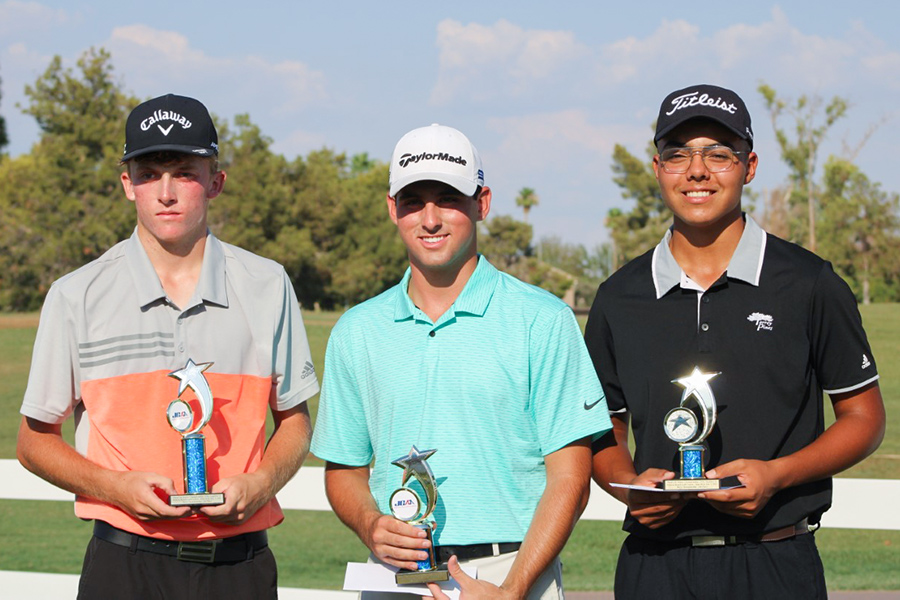 Rylan Johnson of Gilbert shot a first round 9-under-par 63 at Dobson Ranch to set a stiff pace as well as a four-stroke lead in the Boys Championship division. Already heating up on the front nine, his game caught fire on the back with a spectacular 7-under 28 on the way in.

In the second round Phoenix residents Alan Quezada and Gavin Aurilia gave chase – both amazingly going 7-under par for the final 10 holes – en route to 63s of their own. Johnson then closed the door with a 65 to win the 2021 Mesa City Jr Championship at blistering -16. Aurilia, bound for USC in the fall, and Quezada both shot 67-63 to finish T2.

The Mesa City Jr Championship also serves as a local qualifier for the IMG Academy Junior World Golf Championship to be held in San Diego July 12-16. By virtue of their finishes, Quezada, Aurilia, Jack Dozer (4) and Dallin Delgado (T5) advanced.

Fresh off a big win only days ago at the season’s final PING Junior Masters Series tournament – Willie Low Invitational – Chandler’s Jennifer Seo jumped out to the first round lead after a 1-under 71 at Toka Sticks Golf Club. In the second round, Eva Heinz of Goodyear erased Johnson’s lead with a 3-under 69 to move into a tie for first place with Anya Mathur of Scottsdale, who cruised along with rounds of 73-72.

Ajay Morris of Avondale won at View Point Golf Resort in the Boys 13-14 division at 4-under par (69-69—138). Already a qualifier, Morris will be joined at the IMG Jr World Championship by Oliver Uribe, Scottie Belgrade, Brennan Korn and Dylan Boenning.

In the Girls 13-14 division Natalia Lamadrid (75-71) of Scottsdale prevailed in a playoff over Angela Zhikun Chen (74-72) of Chandler after both finished tied for first place at +4 and both qualified for the IMG Jr World Championship.

Nathan Ash of Tempe shot 4-under par (65-73—138) to win the Boys 11-12 division, contested at Viewpoint Golf Resort. He, Jamieson Chaidez and John Meza qualified for the IMG Jr World Championship.

The 2021 IMG Academy Junior World Championships tees off July 12-16. From its humble beginnings in 1952 with a group of 50 young players at the then Mission Valley Country Club, today the IMG Academy Junior World Golf Championships has grown to host 1,200 participants representing 56 countries and 42 states. The tournament is the largest international event in the world and is uniquely recognized for its cultural diversity. Hosted at famed Torrey Pines as well as other San-Diego-area clubs, in 1968 John W Brown, A.S. “Lou” Smith and Norrie West decided the San Diego Junior Golf Association would host the Junior World Golf Championships to create a tournament where juniors from all parts of the world could come together to play golf and grow culturally.