By Golf EditorDecember 22, 2021No Comments

Isabelle Junio and Ashley Shaw win by three on the girl’s side. 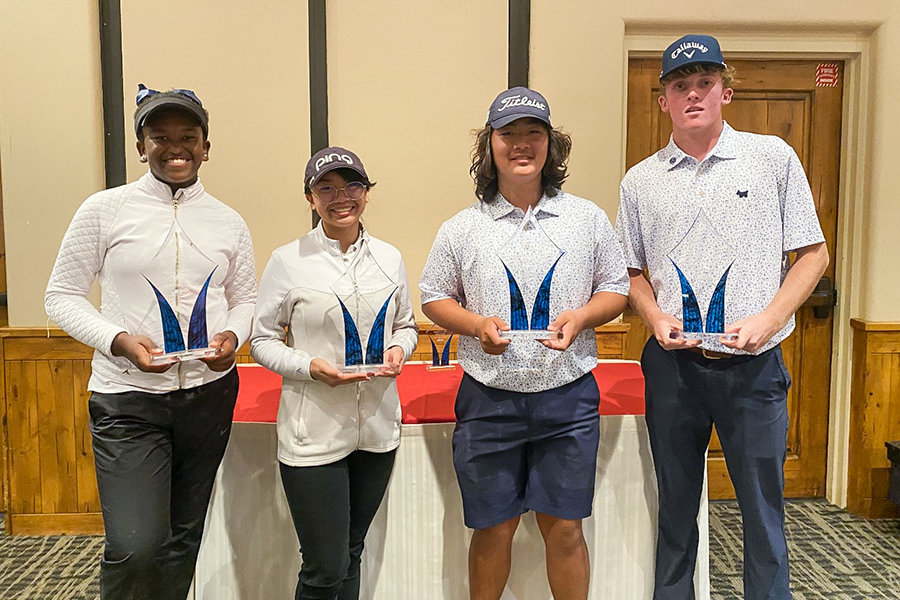 It turned out to be crowded at the top of the leaderboard in the Boys Championship division, with six teams within three strokes of medalists Jaylen Choi of Chandler paired with 2021 JGAA Boys Championship Player of the Year, Rylan Johnson. They fired 11-under-par 59, featuring six birdies per side, en route to the one-stroke victory over Ryan Sefrioui of Scottsdale and Orlando Coons of Reno, Nevada who shot 10-under-par 60. Evan Averyt and Nash Arthurs, both from Peoria, came in third place at 9-under 61, two strokes off the pace.

The twosome of Goodyear’s Isabelle Junio Litchfield Park’s Ashley Shaw enjoyed a bit more breathing room compared to the boys. They shot 7-under 65, including birdies on the final two holes to finish three strokes clear of second place finishers, Julia Herzberg of Gilbert and Izzy Piazza of Phoenix at 4-under 68. Two teams tied for third place at 3-under-par 69: Lauren Campbell of Paradise Valley paired with Kate Hauptman of Phoenix and sisters Alexis and Natalia Lamadrid of Phoenix.