By Golf EditorDecember 8, 2021No Comments 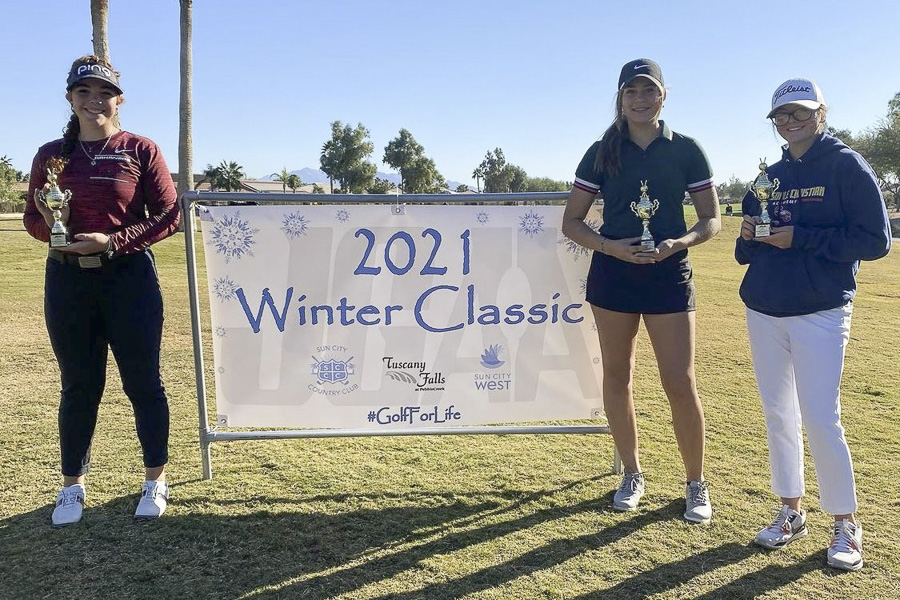 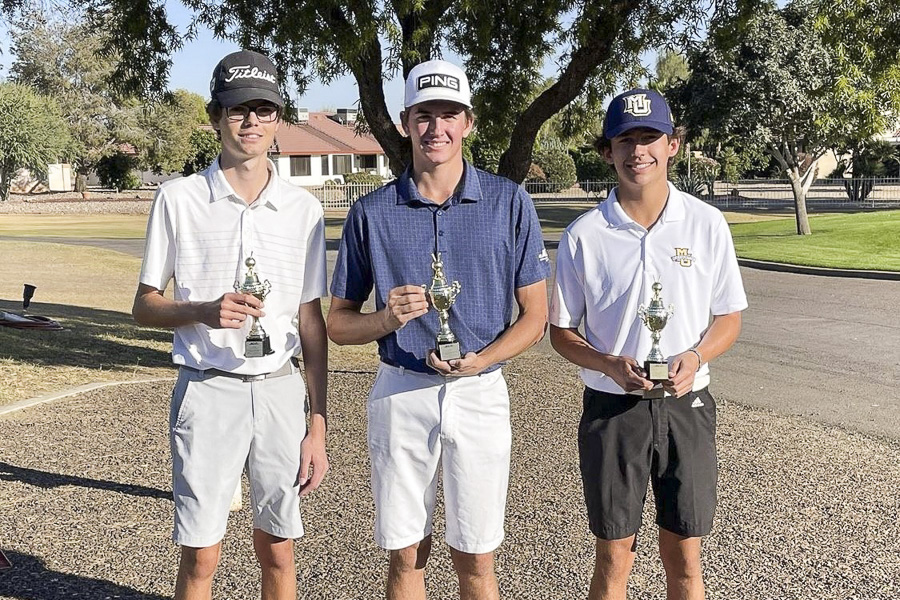 The Winter Classic teed off December 4-5 with a field of 217 junior golfers ages 8-18 from across the Valley competing in five age groups at Pebble Creek Tuscany Falls, Sun City West and Sun City Country Club.

Charlie Palmer of Phoenix took top honors in the Boys Championship division after shooting 10-under-par 134 for 36 holes. He started with a bogey-free 7-under 65 on Sun City West – Grandview to grab the first-round lead by a stroke over Tyler Spielman of Cave Creek. He then continued the next day with three birdies on the front nine before pulling away with and eagle on the 17th hole.

In second place at -8, Scottsdale’s Henry Dall chased Palmer by following a first-round 69 with a final round 3-under-par 67, which included two eagles on the front nine. After shooting a pair of 69s, Gilbert’s Wyatt Chapman earned third place at 6-under par for the tournament.

In the Girls Championship division, contested at Pebble Creek Tuscany Falls’ East Course, all competitors pursued Goodyear’s Abby Schutte. With a bogey-free, first-round, 8-under-par 64, Schutte made a strong early statement, picking up five birdies on the front nine and three on the back. She then closed out the tournament with a second-round 2-under-par 70 to finish at -10.

Raegan Capizzi of Scottsdale slid into second place at -5 after rounds of 70-69. Gracie McGovern of Scottsdale came in third place at 2-under-par 142. She bounced back from a 3-over 75 with a 5-under 67 to vault up the leaderboard after the final round.