“Willie Low truly set an incredible example of helping junior golfers reach their potential in the game,” said Scott McNevin, Executive Director of the JGAA.  “It’s an honor to have one of our Junior Masters Series events bear his name.”

The field is limited to players who were invited to compete by virtue of their national ranking according to Junior Golf Scoreboard – boys must be in the top 3,500 and girls in the top 1,500. This year’s event features 84 players ages 13-18: 54 boys and 30 girls. Plus, players who have competed well in the JGAA Championship Division are also invited. Live scoring can be found HERE.

The event honors the late Willie Low, one of the Valley’s top golf professionals for nearly a half century who started the tournament in 1969. Since then, it has been showcasing the talents of junior golfers from across the state with past winners including PGA TOUR golfers Billy Mayfair (1983 and ’84), Ted Purdy (1989), Charlie Beljan (2000) and LPGA player, Sara Brown (2004).

Low influenced many of the Valley’s top juniors, including Howard Twitty and a young George Boutell who would later go on to win the 1962 Arizona Amateur Championship and then post a stellar career at Arizona State University, earning All-American status.

Low began his golf career at Lakeside Golf Club in Los Angeles during the 1920s where he became lifelong friends with the likes of Bob Hope, Bing Crosby and other celebrities. Low came to the Valley in 1931 as the Head Golf Professional at Phoenix Country Club and stayed there until his retirement in 1972. He was awarded the Anser Award by the Southwest Section PGA in 2004, honoring individuals whose positive efforts have influenced the history of Arizona golf. Low is also a member of the Arizona Golf Hall of Fame.

Cameron Barzekoff of Mesa started out the year in winning fashion by placing first in the New Year’s Classic. He followed up in February with a second-place finish at the Phoenix Metro Jr. Championship, and his second win of the season came at the BMO Invitational, a Junior Masters Series (JMS) tournament.

Daniel Thompson of Phoenix is playing solid golf of late. He placed third this week in the AJGA’s Azahara Munoz Championship. He finished first in the Charlie Beljan Invitational in early May, and came in third at the Tucson City Jr Championship at the end of May. His best finish in the early going was third place in February at the Phoenix Metro Jr. Championship.

Jonathan Walters of Tucson started out the season with a solid T2 performance at the Wigwam Invitational, a JMS tournament. He defended his home turf with a win at the Tucson Spring Classic in April as well as a second-place finish at the Tucson City Junior Championship. 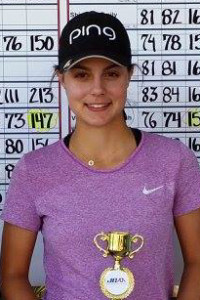 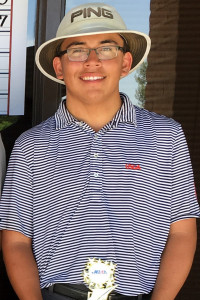 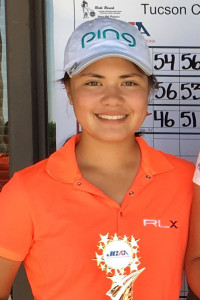 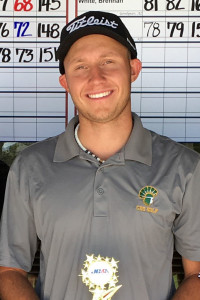 Ashely Menne of Surprise has one of the more compelling chances to win. She won the Golfweek West Coast Junior Invitational a few weeks ago as well as earning Honorable Mention for the 2016 Rolex Junior All-American Team. And locally, she has been dominating the Junior Golf Association of Arizona (JGAA) tournament schedule for the last two years. So far in 2017, she won six of the nine JGAA events she entered.

Jenny Bae of Chandler has placed fifth or better in all seven JGAA events she’s entered this year, including wins at the Phoenix Metro Jr. Championship in February and Spring Stableford in April.

Breyana Matthews of Scottsdale has notched three top-5 finishes so far this season including a win at the AM&E Classic – Bryce Molder, a JMS tournament held in March. She earned a second-place finish at the Tucson Spring Classic in April, and at T5 at another JMS event held in May – Charlie Beljan Invitational.

About the Junior Masters Series

These 36-hole, invitation-only event are tailored to Arizona junior golfers with the desire and ability to compete locally against their top-ranked peers played at some of the best courses in Arizona. Professionals such as Bryce Molder, Charlie Beljan and Willie Low add prestige to the events.

“Our goal is to provide a competitive place for aspiring players to play,” said George Getz, Chairman of the Board of the JGAA.  “This tournament series will allow kids to earn national-level points and will serve as a launching pad into nationally chartered events.”

Openings for junior players from neighboring states will be dependent on availability at each event. To learn more about the JGAA and the Junior Masters Series, contact Scott McNevin, JGAA Executive Director, smcnevin@jgaa.org, 602-944-6168.