By Golf EditorJuly 2, 2016No Comments 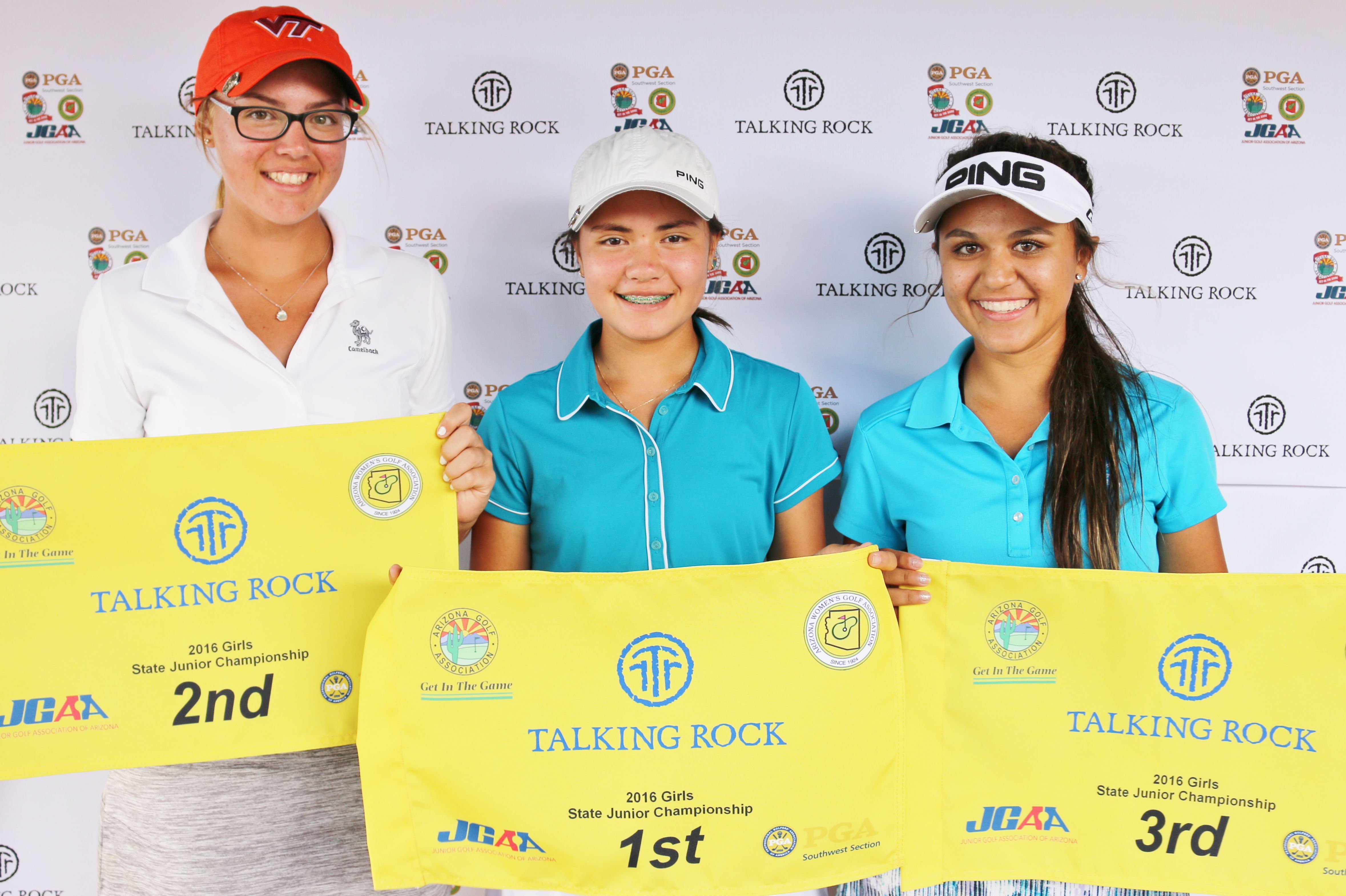 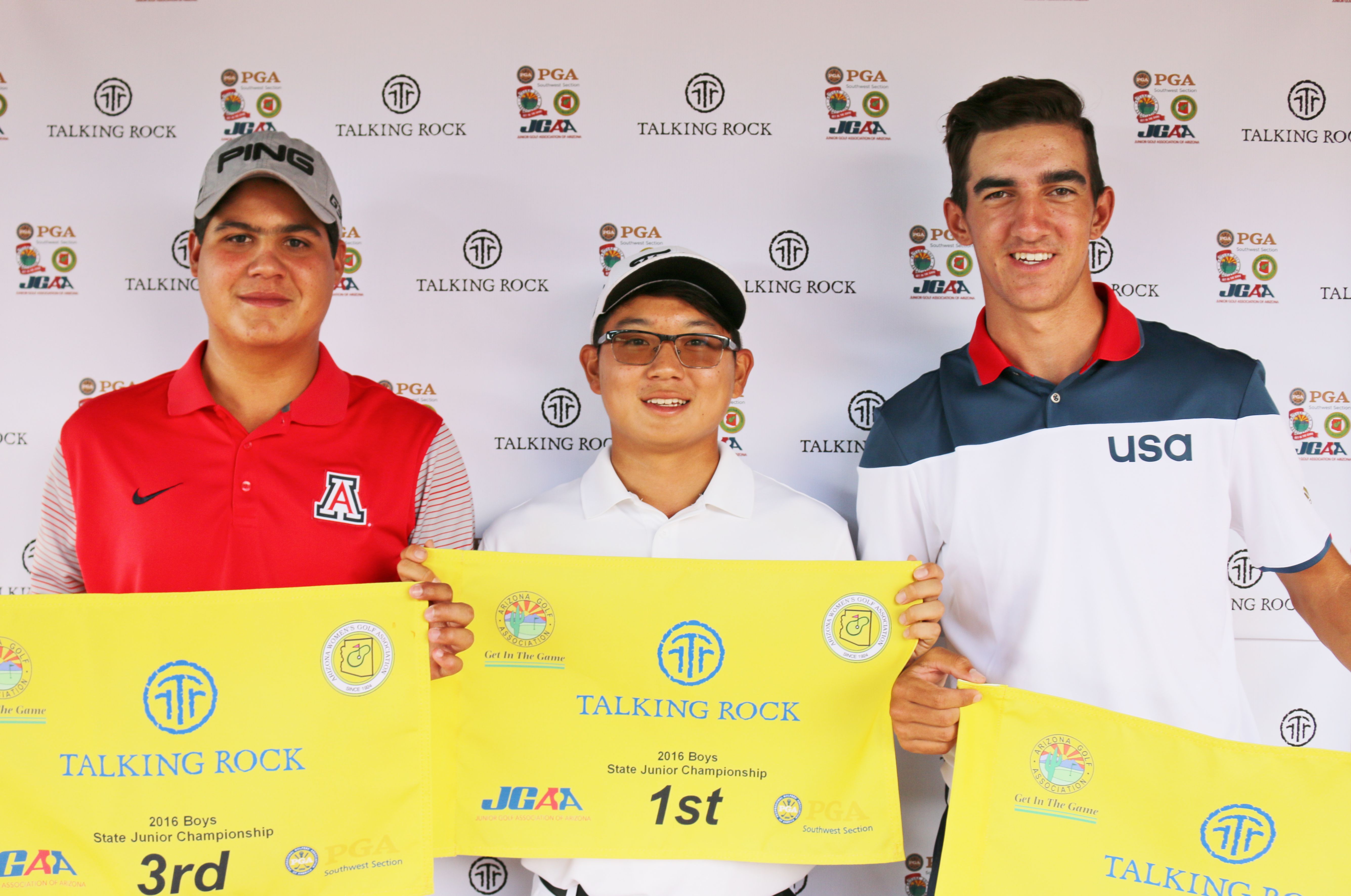 Chandler’s Trueman Park, 17, held on to edge-out Jack Snyder of Phoenix by a stroke to post a wire-to-wire victory with a 67-72—139, 5-under-par performance at the 2016 State Junior Golf Championship held June 28-29 at Talking Rock Golf Club. Alejandro De Zavala of Phoenix finished in third place, two strokes off the pace (70-71—141).

On the girl’s side, Ashely Menne, 14, of Surprise worked her way to the top of the leaderboard after trailing by a stroke going into the final round. She shot 73-70—143 (1-under par) to top the steady even-par 72-72—144 performance from Scottsdale’s Emily Mahar. Alexandra Quihuis of Tucson finished third at 3-over par. Menne continues her stellar play by posting her 10th win in 18 events entered this season, and she placed T3 or better in all but two tournaments so far.

A total of 60 boys and 30 girls competed in the 36-hole tournament including last year’s Boys and Girls Champions, Davis Evans and Kelly Su. Evans went on to finish T5, while Su placed T4.
“Congratulations to Trueman and Ashley,” said Scott McNevin, Executive Director of the JGAA. “Despite being delayed three times due to weather, the competition was very exciting to watch. Ashley made birdie on the 16th to go up by a stroke, and Trueman held on with two clutch pars down the stretch to also win by a stroke.”