Trevor Lewis, 15, of Prescott, outlasted older brother, Riley, 17, to take first place in the Boy Championship division at the Thompson Invitational contested at Oro Valley Country Club September 22-23. Trevor followed a first-round 72 with a final-round 71, the lowest round of the tournament on the boy’s side, to finish at 1-under-par 143 for the championship. This marks Trevor’s first win in nine events entered this season. Riley shot 1-over-par 73-72—145 for the tournament, one stroke clear of third-place finisher, Charles Van Slyck, 16, of Scottsdale (72-74—146). 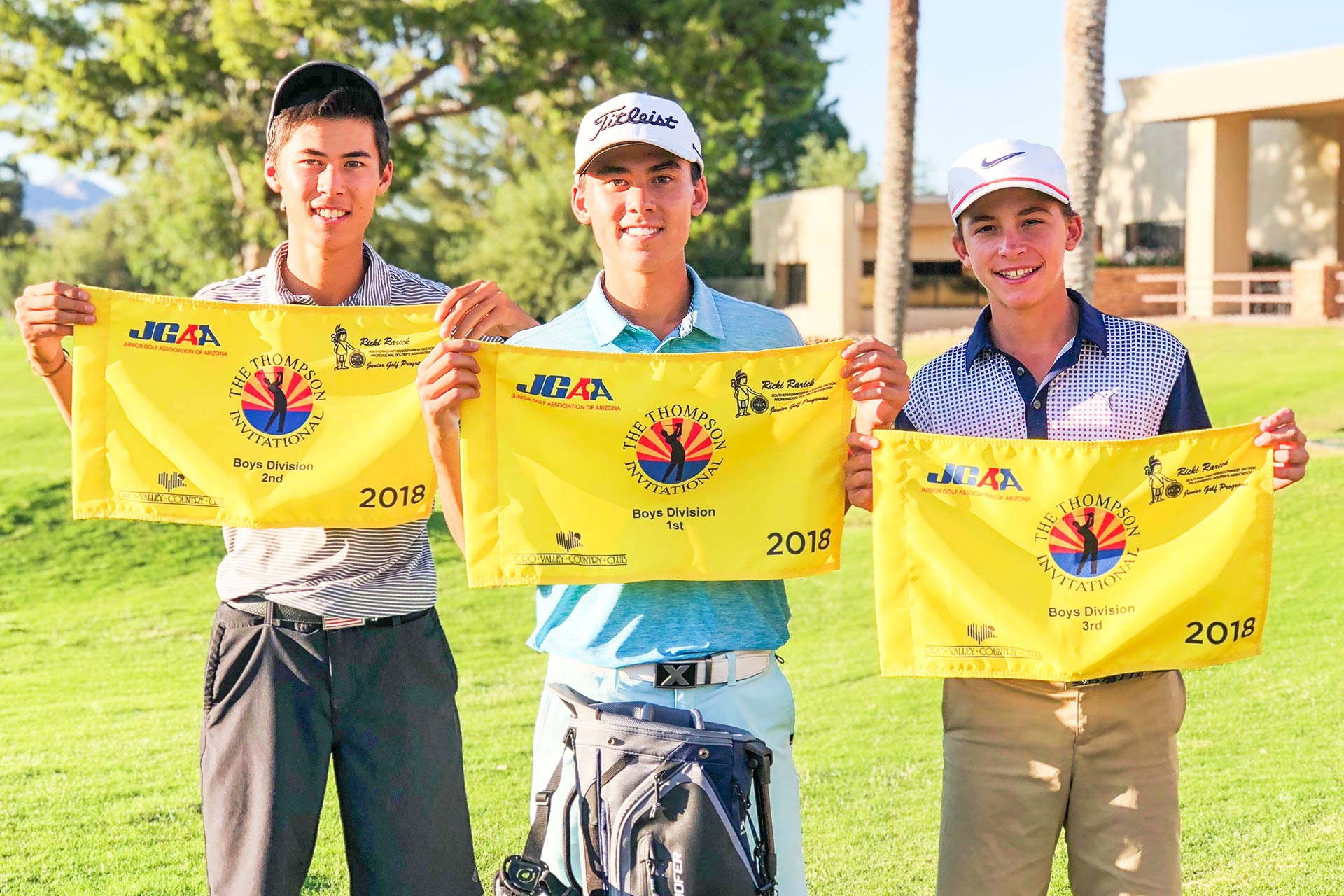 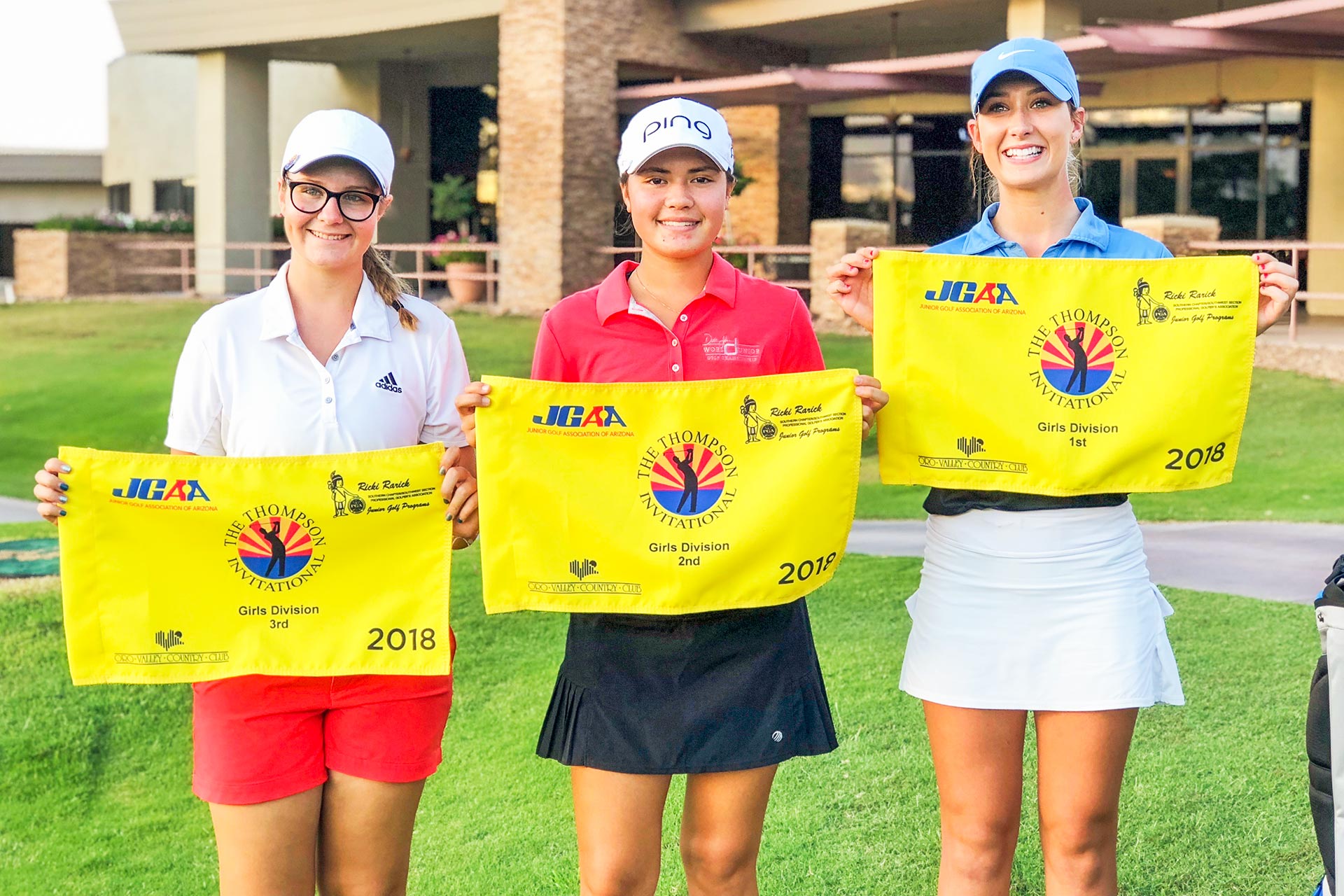 In the Girls Championship division, Alexandria Schmunk (76-70), 16, of Yuma finished the tournament tied for first place at 2-over-par 146 with round-one leader, Ashley Menne (72-74), 16, of Surprise. To force the playoff, Schmunk posted the low round of the tournament, 2-under par with four birdies and an eagle, before making one last birdie on the first extra hole to earn the championship. Madeleine Laux, 16, of Goodyear came in third place at 3-over-par 147 (76-71), one stroke off the pace.

“Congratulations to Trevor and Alexandria. They both broke through to the winner’s circle against strong players,” said Scott McNevin, Executive Director of the JGAA. “Riley has been finishing ahead of Trevor all year, and Ashley has put together an unprecedented string of wins this season. They have to feel really good about coming out on top. Finally, we would like to thank Michael Thompson, Tucson native, for sponsoring the event. I’d also like to congratulate Michael for finishing in the top 25 of the Web.com Playoffs to retain his PGA Tour card for the 2018-2019 season.”