Tony Hendricks and Ashley Menne Birdie Their Way to Victory

Both cruise to victory in the Junior Masters Series tournament with ease:  Hendricks with 10 birdies and Menne with 7 birdies. 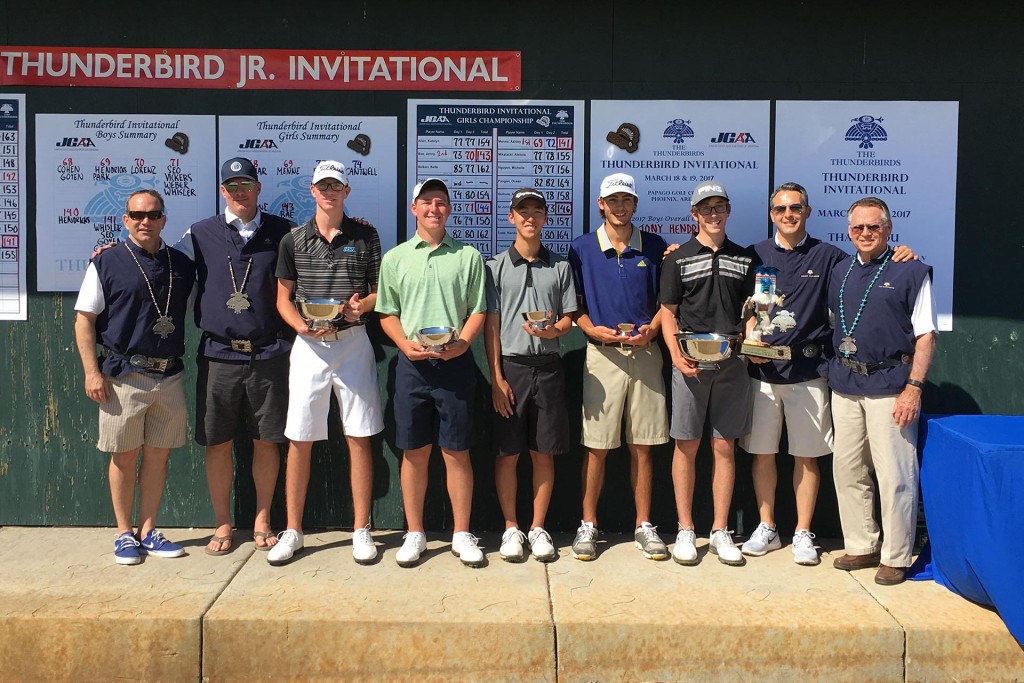 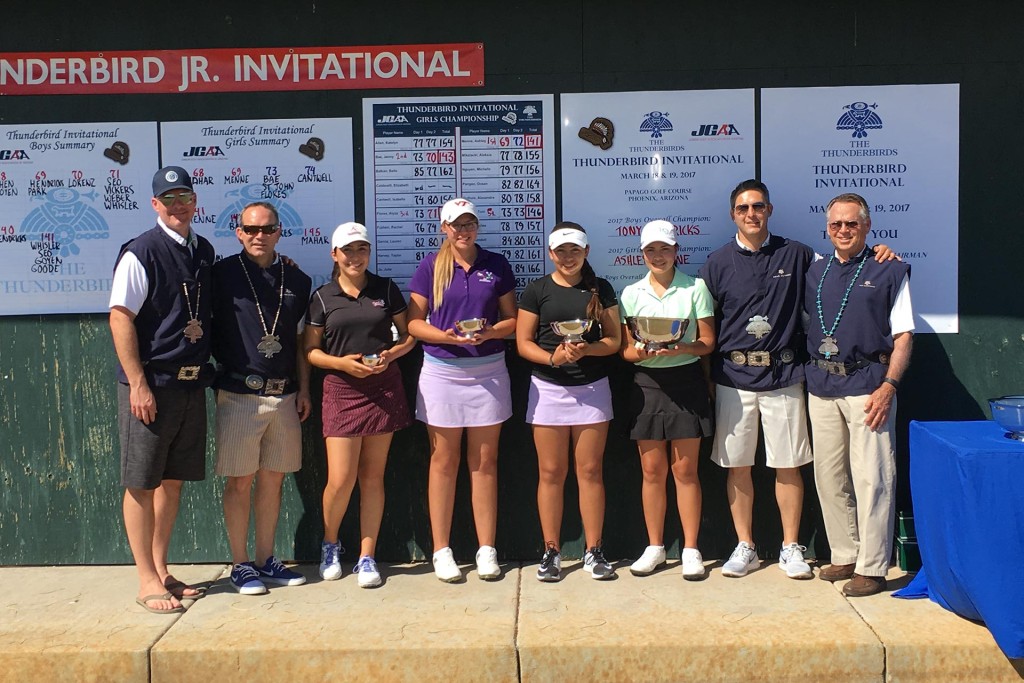 On the girl’s side, Ashley Menne (69-72—141) of Surprise finished two strokes ahead of Chandler’s Jenny Bae (73-70–143). Alyza Flores of Vail came in third place (73-71—144). Menne’s victory is her third of the season after posting wins at the New Year’s Classic and Wigwam Invitational in January and the Desert Mashie in March. She came close to a win at the Phoenix Metro Junior Championship with a T2. Menne appears to be continuing her stellar play from 2016 when she won 12 times and placed in the top 10 in all 22 events she entered.

“Congratulations to Ashley and Tony,” said Scott McNevin, Executive Director of the JGAA. “This Junior Masters Series event is one of the longest-running tournaments in The Valley, The Thunderbird Invitational is definitely one of the most coveted events of the season.”

Title sponsors of the Thunderbird Invitational, The Thunderbirds were founded in 1937 with the mission of promoting the Valley of the Sun through sports. Consisting of 55 “active” members and more than 250 “life” members, The Thunderbirds host the Waste Management Phoenix Open; the best-attended golf tournament in the world, which to date has raised nearly $110 million for Valley charities, including the JGAA. With its unmatched fan participation and rich history dating back more than 80 years, The Waste Management Phoenix Open has gained legendary status for being a unique stop on the PGA TOUR.

“The Thunderbirds are well known for their work with the Waste Management Phoenix Open, however their continued support of junior golf here in Arizona deserves recognition as well,” said McNevin. “Besides being a financial sponsor, The Thunderbirds assisted with registration, starting, spotting and on the course with scoring. We truly appreciate their hard work and dedication.”