By Golf EditorJanuary 29, 2018No Comments

The Wigwam Invitational, sponsored by Warren Schutte Players Academy and Sky Zone, teed off January 27-28 at Wigwam Golf Club. After 36 holes, round one on the Red Course and round two on the Gold Course, Toni St John of Gilbert edged out Ashley Menne (71-74—145, +1) of Surprise by one stroke to earn the win in the Girls Championship Division at even-par 144 (70-74). St John held on to post a wire-to-wire victory after firing the low round of the tournament in round one. Aleksia Mikalacki of Scottsdale placed third at 2-over-par 146 (73-73), two strokes off the pace. 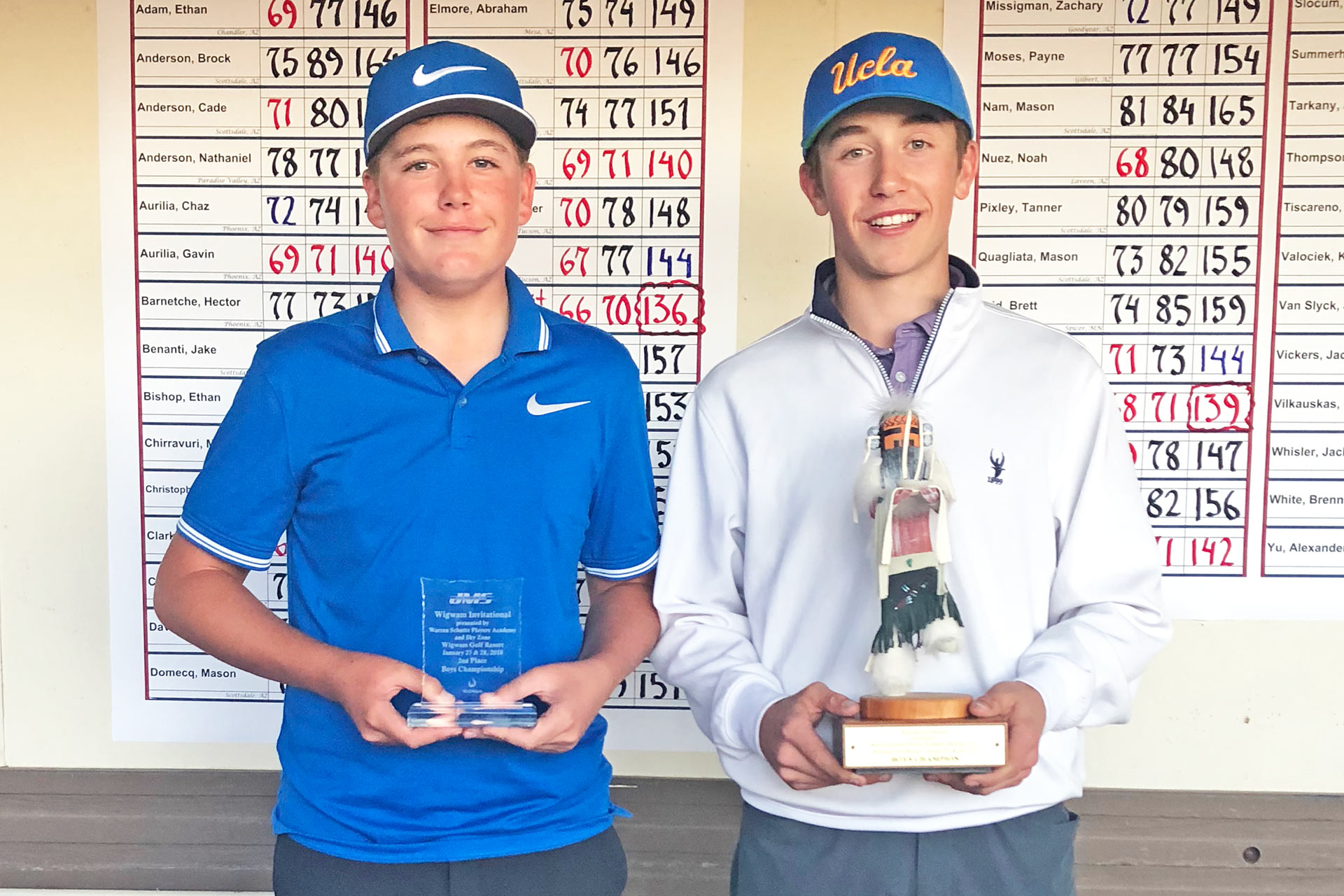 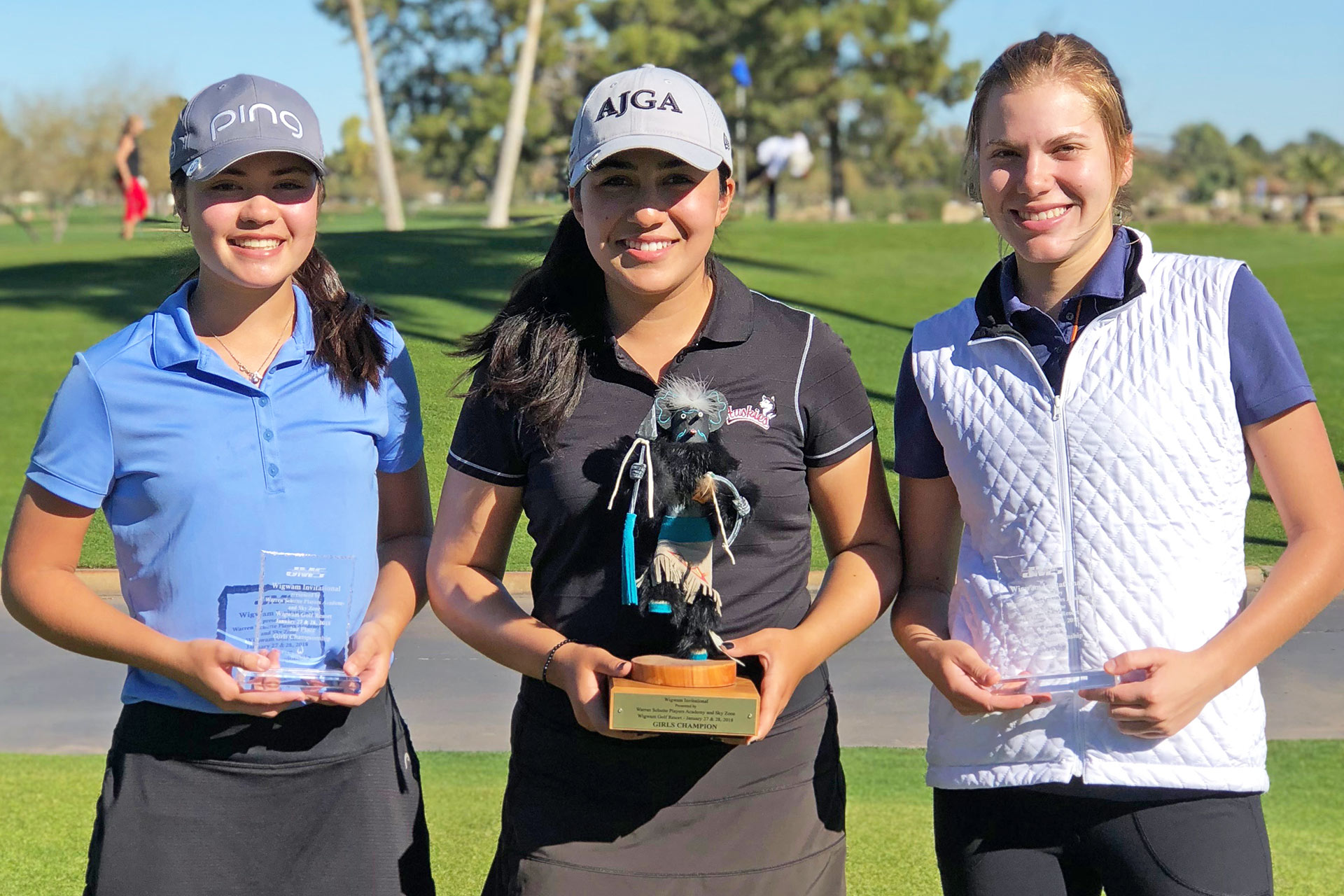 In the Boys Championship Division, Tony Hendricks of Phoenix also notched a wire-to-wire win in dramatic fashion by draining a 40-foot birdie putt on the 18th hole of the Gold Course to take the boys title. Along the way, he posted the boy’s low round of the tournament in the first round, 66, before finishing at 8-under par 136 (66-70), one stroke ahead of Preston Summerhays (70-67—137) of Scottsdale. Hayden Sayre of Phoenix came in third place, three strokes off the pace, at 5-under par (68-71—139).

The JGAA’s Junior Masters Series consists of five tournaments at some of the most prestigious courses in Arizona. Debuting in 2015, the Junior Masters Series is a series of invitation-only tournaments tailored to Arizona junior golfers with the desire and ability to compete locally against their top-ranked peers. The field for the events is limited to junior golfers who are invited to compete by their national ranking by Junior Golf Scoreboard – boys must be in the top 3,500 and girls in the top 1,500.

“Our goal is to provide a competitive place for aspiring players to play,” said George Getz, Chairman of the Board of the JGAA.  “This tournament series will allow kids to earn national-level points and will serve as a launching pad for nationally chartered events.”