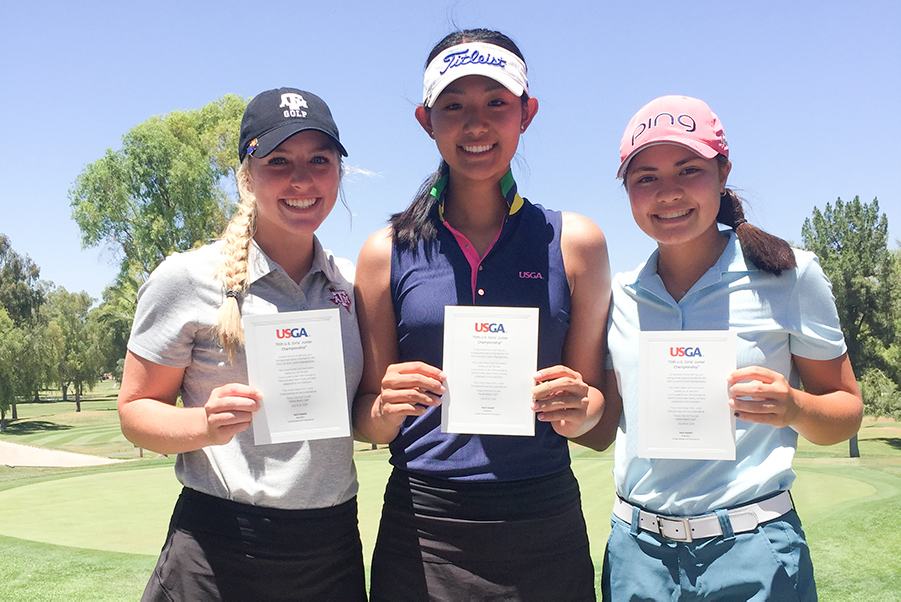 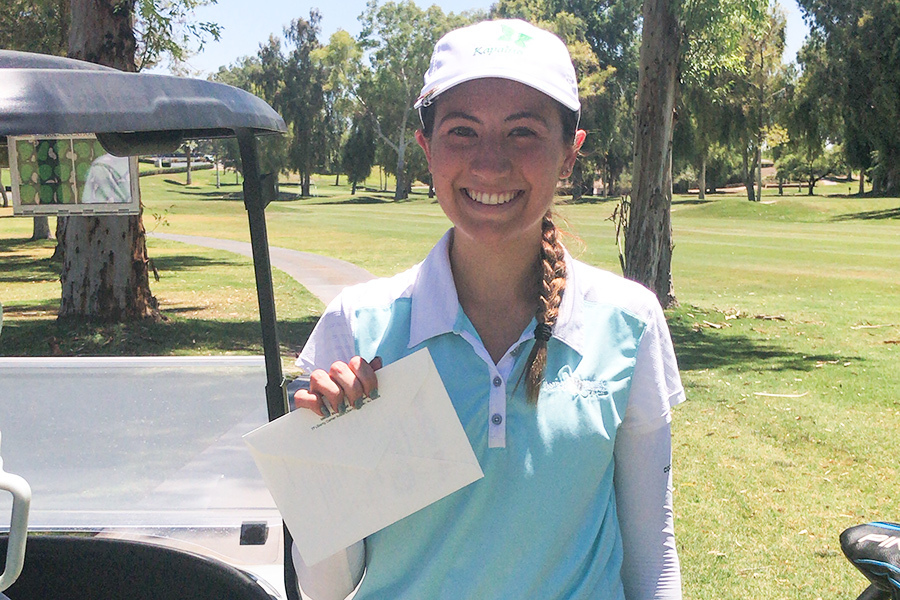 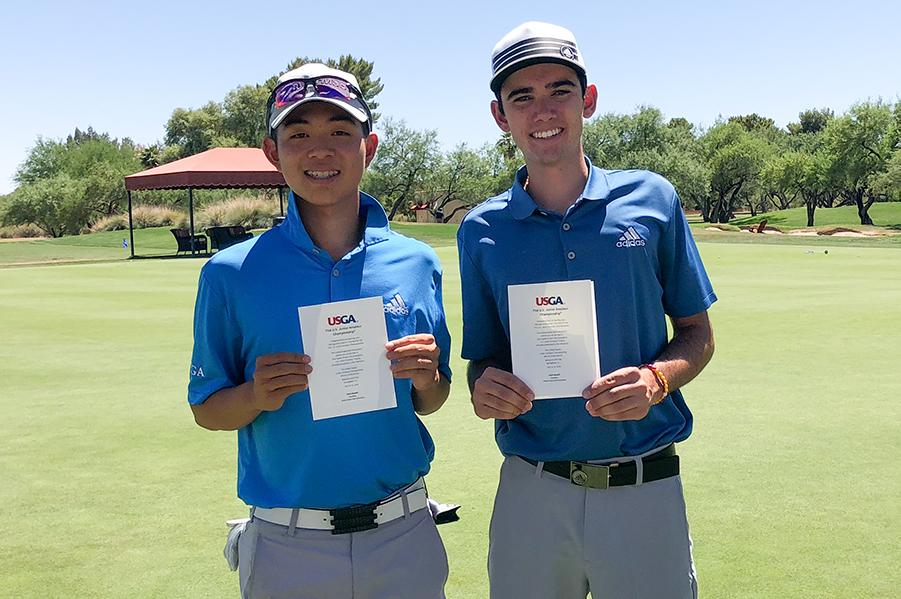 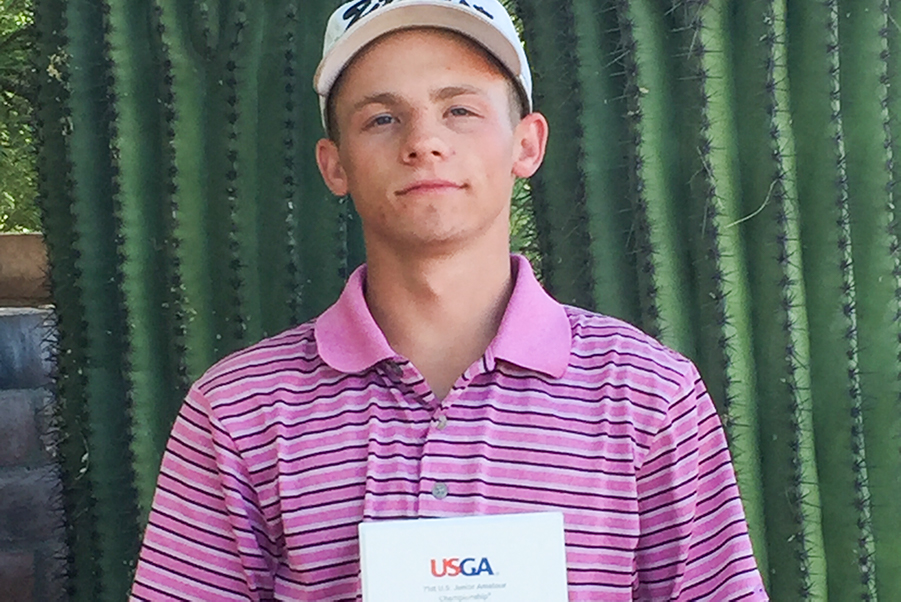 Samuel Salisbury of Green Valley qualified to play in the U.S. Junior Amateur after taking third place in the qualifier held at Tucson Country Club on June 11 with a 3-under-par 68, two strokes behind medalist Kento Yamawaki of Encinitas, California (5-under 66) and one behind second-place finisher Cameron Sisk (67) of El Cajon, California. Salisbury prevailed on the second playoff hole over three players tied at 68 to earn the third and final spot into the championship to be held at Baltusrol Golf Club, Springfield, N.J. July 15-21. Salisbury advanced to the U.S. Junior Amateur after two recent strong finishes on the JGAA schedule, T8 on June 7 and 5th place on May 31.

Ashley Menne of Surprise placed first in the U.S. Girls’ Junior qualifier held on June 11 at Mesa Country Club with a 1-under-par 71. Tied for second place, Elizabeth Caldarelli (freshman at Texas A&M) and Kelly Su, both of Scottsdale, qualified with even-par 72s. Bailee Tayles of Scottsdale captured the fourth and final spot in with a par on the third playoff hole. The championship will be held July 16-21 at Poppy Hills Golf Course in Pebble Beach, California.