In the Boys Championship Division, McKay (73-71) and Ali Hameed (72-72) of Gilbert finished regulation play deadlocked at even par 144. McKay would go on to edge out Hameed in a playoff. This marks McKay’s second win in 11 events played this season. His first victory came in June at The Thompson Invitational – a Junior Masters Series event considered to be a major on the JGAA tournament calendar. 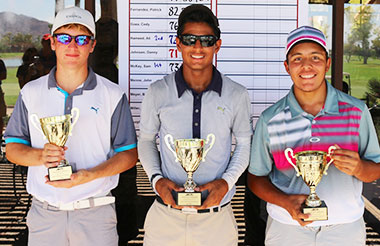 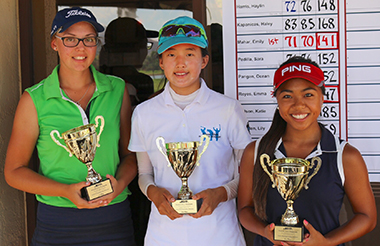 In the Girls Championship Division, Emily Mahar continues to play well with her third victory this season. She has managed to place in the top 10 in all seven starts. Her two previous wins also came at Junior Masters Series events – the AM&E Classic Presented by Bryce Molder and Charlie Beljan Invitational. Mahar finished the tournament at three-under par (71-70—141), with her two-under-par, final-round 70 as the lowest round of the tournament for the girls. She finished five shots clear of second-place finisher, Jenny Bae of Chandler (72-74—146).