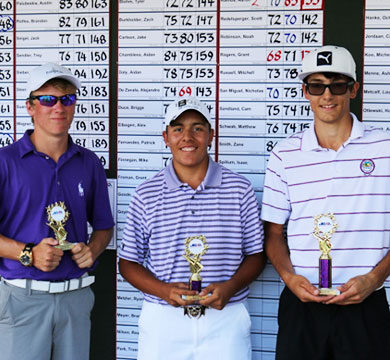 Brock Goyen (far right) took 1st Place with a 66-67-133 over a hard charging Aaron Ramos (middle) who fired a low 65 on Sunday. Brock hung in there for his first win of the season with an albatross(double eagle) on #12 with a second shot 5-iron. 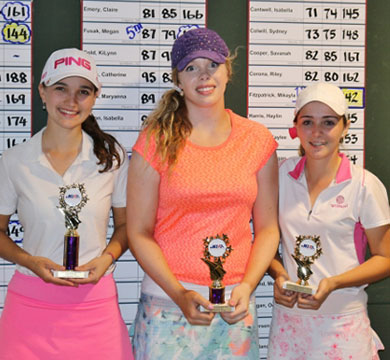 “The Desert Mashie is something we look forward to all year,” said Scott McNevin, Executive Director of the JGAA. “It’s an honor for us to carry on the tradition of this tournament started by a group of people with a common passion for golf and the desire to see more kids grow up with the game.”