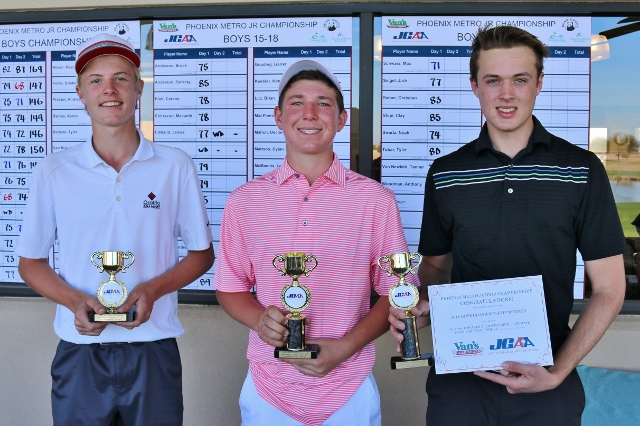 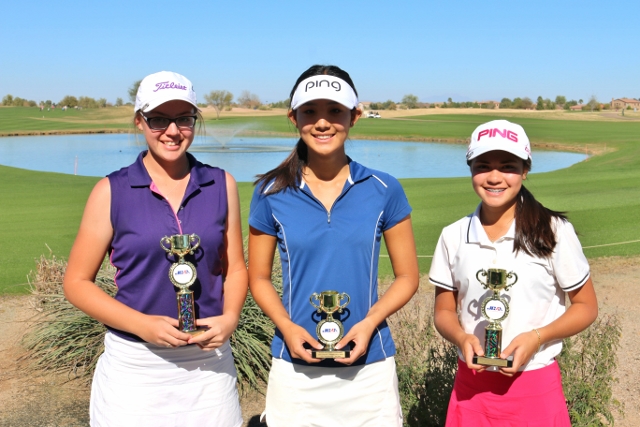 In the Boys Championship Division, Jack Trent of Las Vegas turned in a spectacular performance with a first-round 68 followed by a second-round 63 to finish 11-under-par 131 for the tournament. His 63 at Bear Creek Golf Club would be the lowest score of the tournament and the 68 was the second lowest. Eleven strokes back, Chandler’s Matthew Schwab fired 69-73—142 to finish even par and tied for second place with Tucson’s Jacob Goode (68-74—142). Goode won second-place honors through a scorecard playoff.

In the Girls Championship Division, Emily Mahar of Scottsdale cruised to victory with two rounds in the 60s (66-69—135). She finished the tournament at 7-under par, four strokes ahead of Ashley Menne (69-70—139) of Surprise and five ahead of Kelly Su (68-72—140) of Scottsdale. This win marks Mahar’s second in the 2016 season to go along with four victories last year in the 2015.