Scottsdale’s Mason Nam and Ashley Menne of Surprise took top honors at the BMO Invitational, the second of eight Junior Masters Series tournaments, held Feb. 13-14, at Raven Golf Club – Phoenix.
Menne, class of 2020, entered the field on the girl’s side after a win in the first Junior Masters Series event in January, the Wigwam Invitational, by a seven-stroke margin. At the BMO Invitational, she outlasted Samantha Sandland of Phoenix and Jenny Bae of Chandler with an even-par, 73-71—144 performance. Plus, Menne and her four-ball partner, Lauren Metcalf, also recently qualified to play in the 2016 U.S. Women’s Amateur Four-Ball Championship to be contested in May. 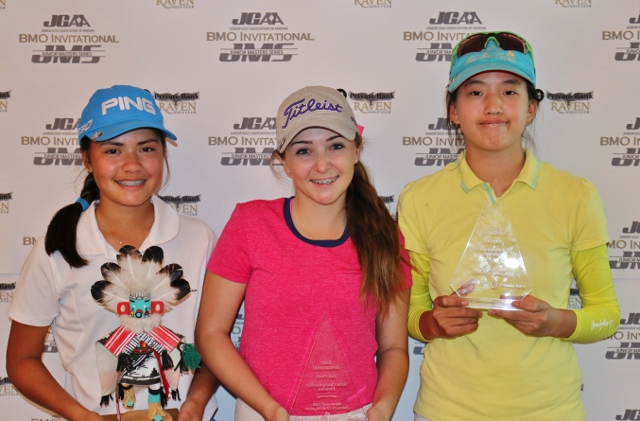 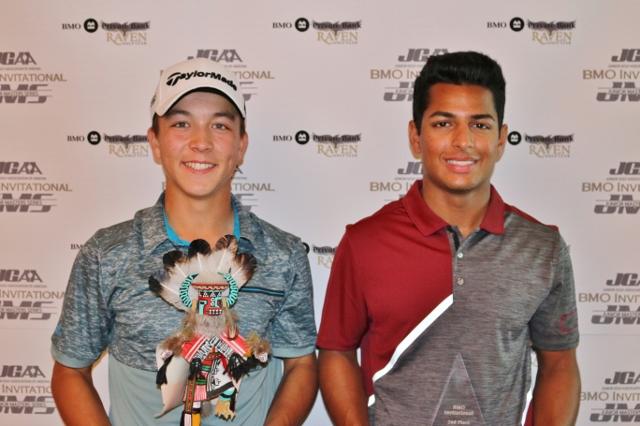 On the boy’s side, Nam posted a win in his first start for the 2016 season to go along with two T12s and a T3 in the 2015 season. He started out hot with a six-under-par 66 that earned him a share of the lead after the opening round. Then, despite posting a four-over-par 40 in the final nine holes, Nam held on to finish tied for the lead after regulation play with a score of three-under par (66-75—141). He went on to top second-place finisher, Ali Hameed of Gilbert, on the second playoff hole.
“The Junior Masters Series gives our top-ranked junior golfers an opportunity to compete locally without need for travel,” said Scott McNevin, Executive Director of the JGAA. “Ashley and Mason are two good examples of top-ranked junior golfers from Arizona that benefit from this hotly contested tournament series.”