Quagliata wins in a three-hole playoff; Menne cruises to victory. 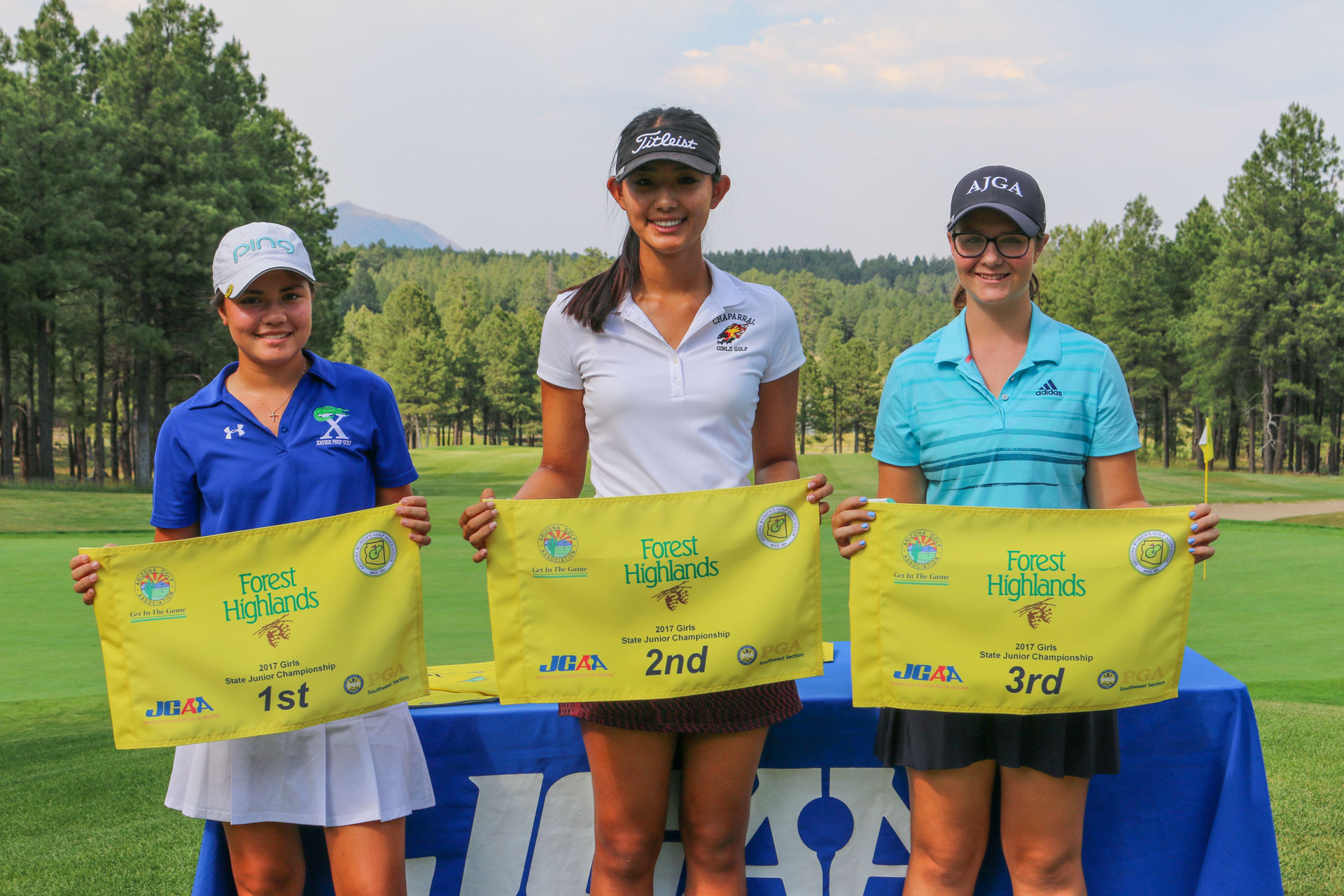 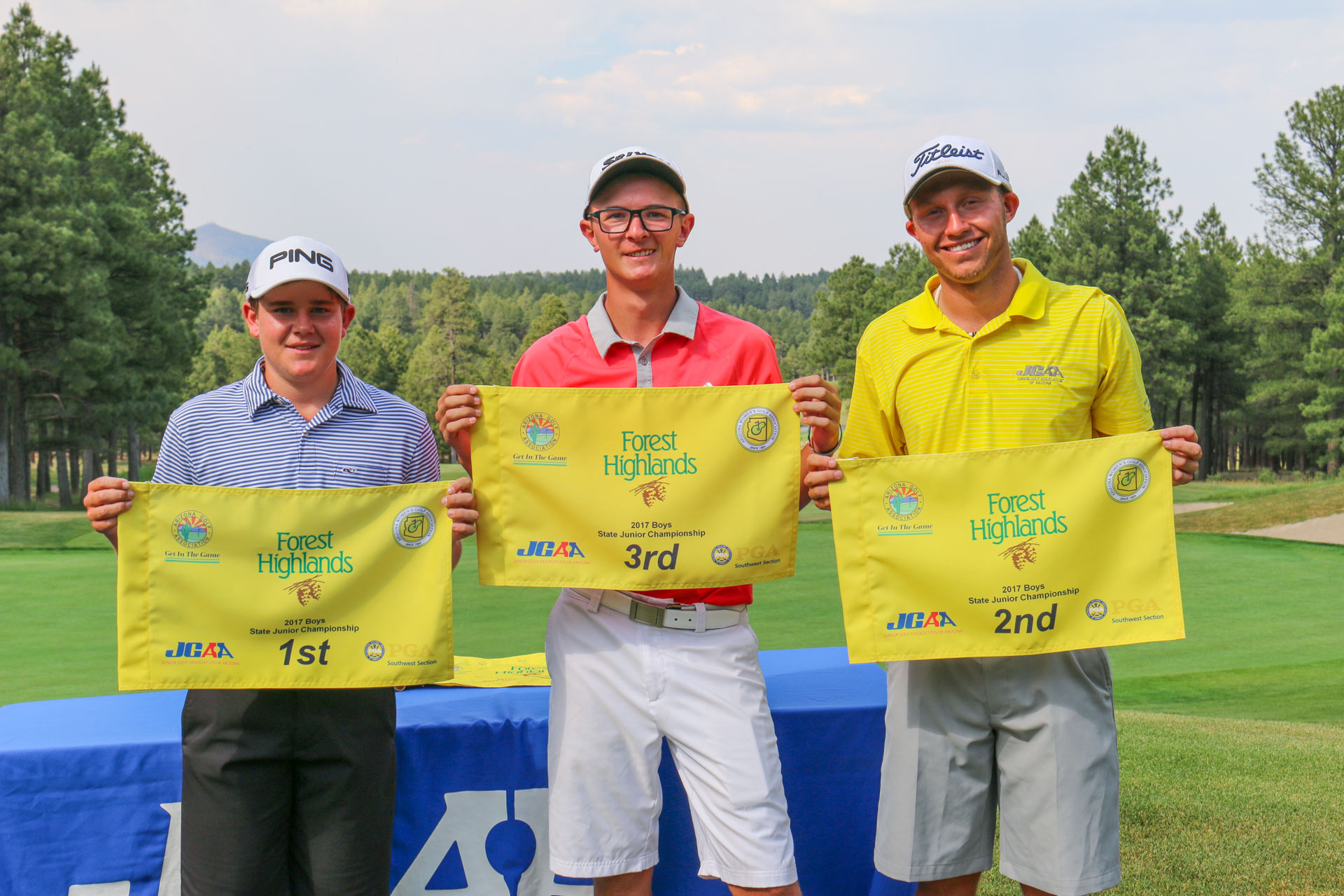 Mason Quagliata of Scottsdale fired a final-round 4-under-par 68 on Forest Highlands Golf Club’s Meadow Course to force a playoff with Jonathan Walters of Tucson. After matching pars on the first two playoff holes, Quagliata’s par at third (No. 18 for all three) was enough for the win.

“The finish to the boys division was one of the best I’ve seen,” said Scott McNevin, Executive Director of the JGAA. “Each played solid under the situation, and both deserve a ton of credit for an exciting race to the finish line. And what can you say about Ashley? Her game is just so impressive. Congratulations – again.”

Quagliata also blistered the front nine by going 8-under par for the 18-hole stretch. He caught up to Walters after adding a final-round 68 to a first-round 69 to also finish at 7-under par in regulation play (137). Ryan Sanchez (68-71—139) of Gilbert and Jack Whisler (67-72—139) of Scottsdale tied for third place at 5-under par, two strokes off the pace. A scorecard playoff broke the tie in favor of Sanchez.

No stranger to prestigious events, in April Quagliata notched the biggest win of his young career in the Boys 14-15 age group at the 2017 Drive, Chip and Putt national championships held during Masters’ week at Augusta National Golf Club. His best finishes in JGAA events include T7 at the Tucson City Junior Championship and T10 at the Willie Low Invitational, a Junior Masters Series tournament.

In the Girls Division, Menne continues to dominate, adding this prestigious victory to eight others this season in 14 events entered so far. The Surprise resident started out with the tournament-low 68 and cruised to the win with a final-round 72. She finished at 4-under-par 140 for the tournament, three ahead of Kelly Su of Scottsdale (69-74—143). Madeleine Laux of Goodyear finished in third place at 5-over par (74-75—149).