Longtime JGAA member Mason Andersen qualified to play in the 2017 U.S. Open Championship to be contested at Erin Hills in Wisconsin, June 12-18.

He came in second place at the U.S. Open Sectional Qualifying conducted by Southern California Golf Association June 5-6. Andersen fired a first-round, 8-under 64 at Big Canyon Country Club with seven birdies, one eagle and one bogey.

He then cooled off a bit in the second round at Newport Beach Country Club where he carded a one-under-par 70 to finish the tournament at 9-under par, two strokes off the pace set by medalist John Oda of Hawaii. Interestingly, all but one of the six competitors who made it past the sectional qualifying were amateurs. 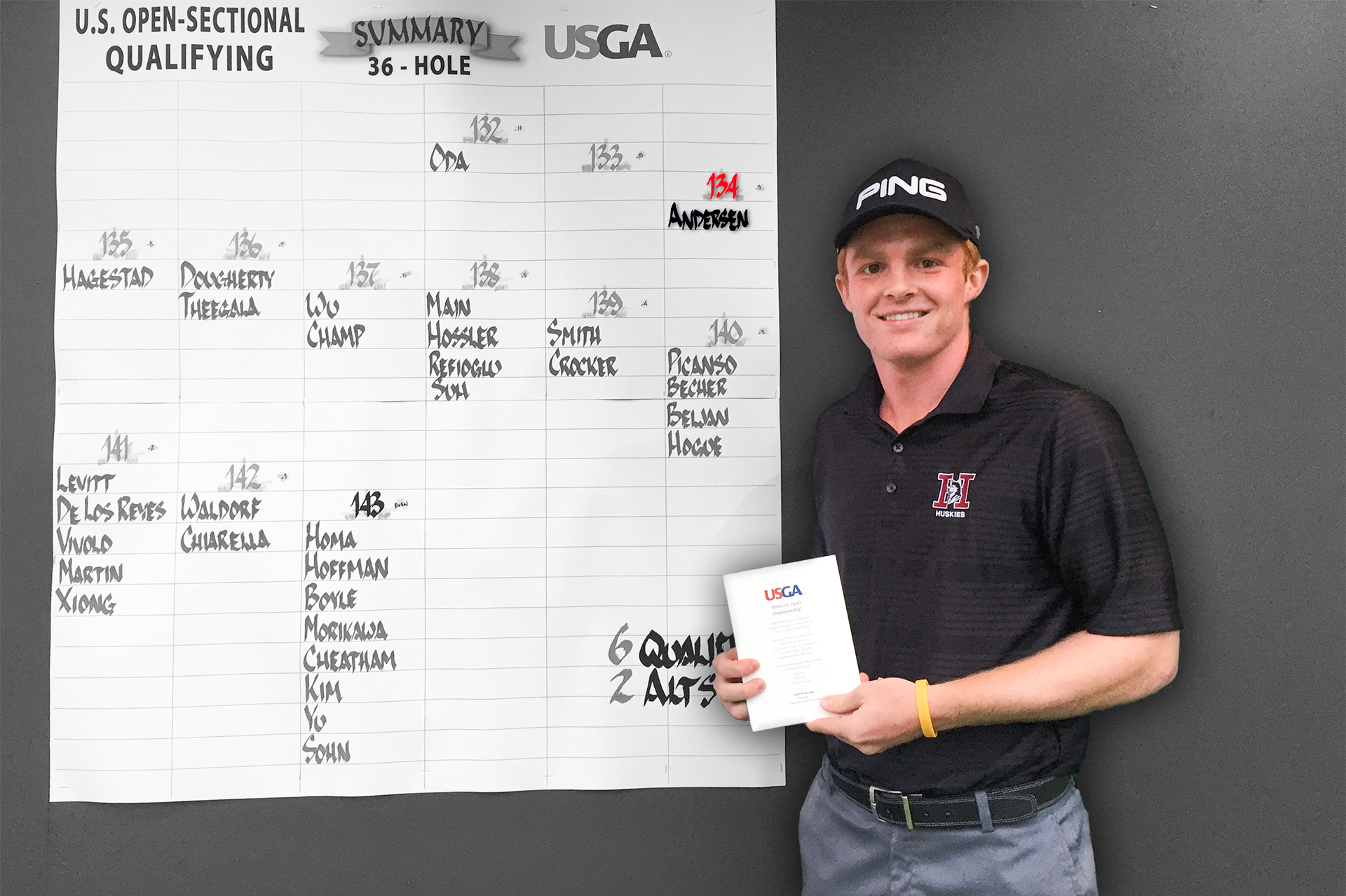 In 2016, Andersen won the Arizona Stroke Play Championship by three strokes with a 10-under-par performance. Along the way, he was one of only three players to finish the championship under par at Grand Canyon University Golf Course.

That same year, Andersen earned the Mayfair Award given to the player with the lowest weighted scoring average (68.99).

Andersen has a long history of great play in JGAA tournaments dating back to his first win in 2009. He posted another in 2011, and began to ramp up his appearances on the JGAA schedule of events in 2013 when he place in the top 10 in all 14 tournaments entered.

He took home to top honors in the 2014 Phoenix Metro Jr. Championship along with nine other top 10s that year. In 2015 he was the runner up in both the State Junior Golf Championship and the Junior World Qualifier on the heels of two wins at the Tucson City and Yuma City Junior Championships.

He would follow up 2015 with his best season to date in 2016. Not only did he earn the above mentioned Arizona Golf Association honors, he also won the JGAA’s Thunderbird Invitational and came in third at the BMO Invitational, both of which are JGAA Junior Masters Series events. He also was the runner up in the 2016 Arizona Junior Match Play Championship and qualified for the 2016 U.S. Junior Amateur.

“It’s exciting to see longtime JGAA member Mason Andersen qualify for the U.S. Open at Erin Hills,” said Scott McNevin, Executive Director of the JGAA.  “He has had a fantastic junior golf career that he can draw upon this fall when he moves up to college golf at Arizona State University. We wish him luck in Wisconsin.”

“Everything about the program is moving in the right direction,” said Andersen in an interview with AZ Golf Insider. “I’m just going there to do my part, which is play up to my ability, hopefully win some tournaments and eventually pursue the pro tour.”