Tucson’s Mackenzie McRee wins in Girls 13-14 Division, fresh from her appearance at Augusta National for the Drive, Chip and Putt Championship 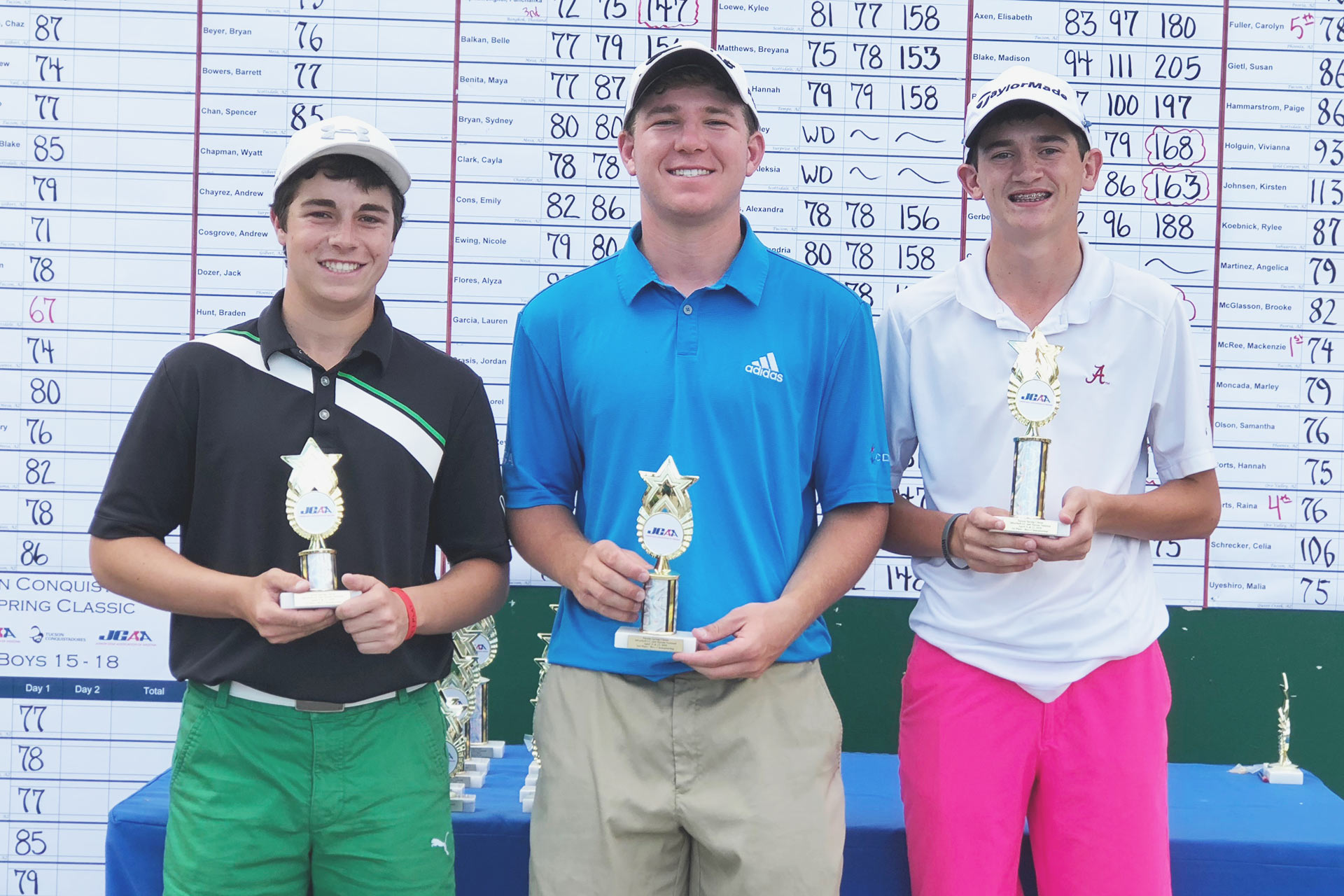 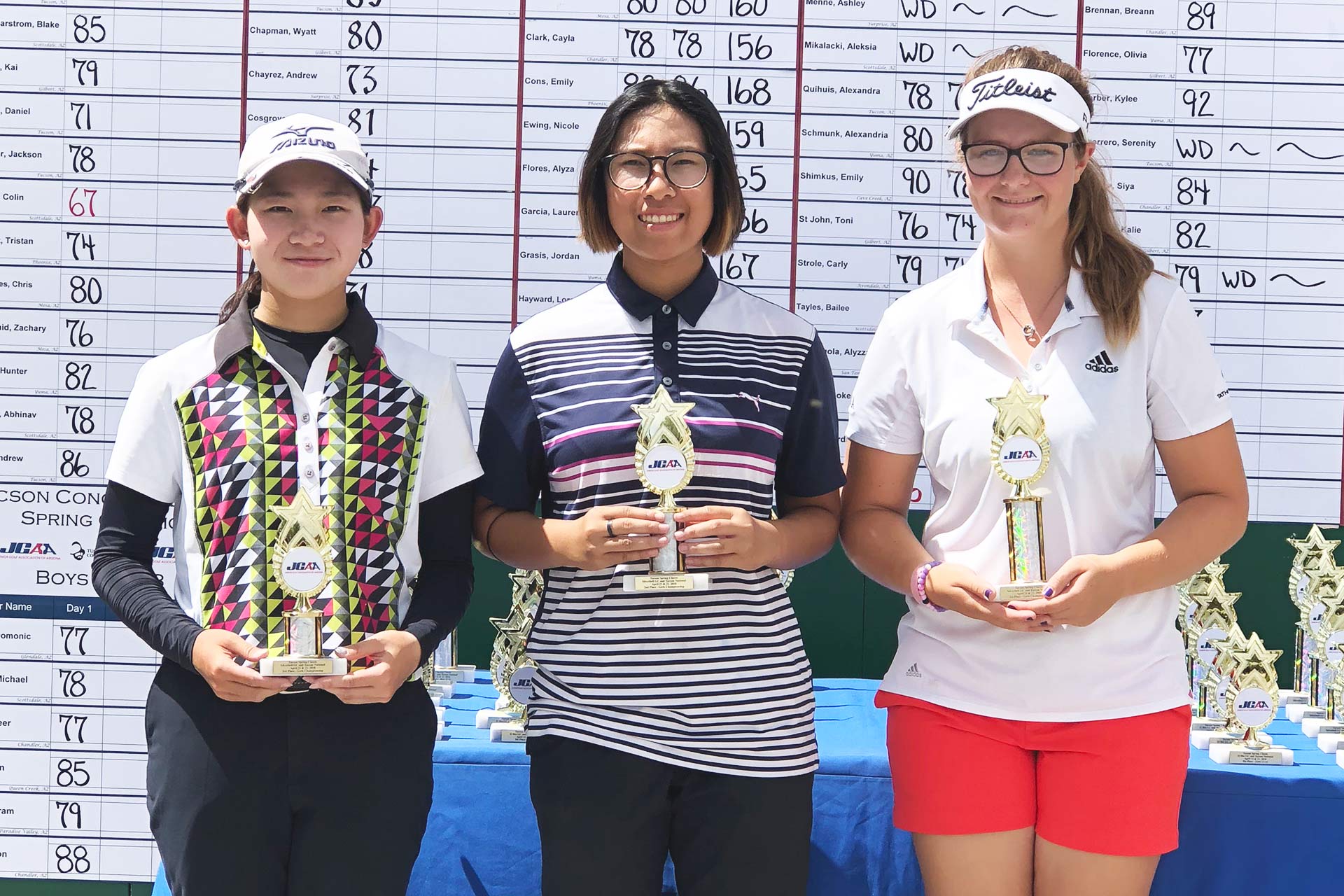 Jarrod Johnson, 16, of Marana, Ariz., took top honors with a 4-under-par performance (66-73—139) in the Boys Championship Division at the Tucson Conquistadores Spring Classic, held April 21-22. Johnson started out red-hot in the first round at Silverbell Golf Course with four birdies in the first seven holes en route to a 4-under 66, one stroke off the pace. He then sailed to victory the next day on Tucson National Resort’s Catalina Course edging out two players by two strokes who finished tied for second place at 2-under-par 141:  Kohl Kuebler of Gilbert (69-72) and Jacob Goode of Tucson (68-73).

The Tucson National Spring Classic, one of the annual highlights on the JGAA’s schedule, teed off for the 25th time April 21-22 featuring 157 of Arizona’s best junior golfers (boys and girls) ages 8-18 competing in the tournament.  Silverbell Golf Course hosted the event.