By Golf EditorJune 5, 2017No Comments

Chirravuri posts two rounds in the 60s; Su wins in a playoff.

Chirravuri was the only player in the field to post two rounds in the 60s, carding seven birdies, one eagle and one bogie on his way to an 8-under-par finish (67-69—136). He finished three strokes clear of second-place held by Tucson resident Jonathan Walters (67-72—139). Daniel Thompson of Phoenix finished in third place at 2-under par (69-73—142). A trio of Tucsonans – Jacob Goode, Jack Picton and Dallan Graybill – finished T4 at even par. 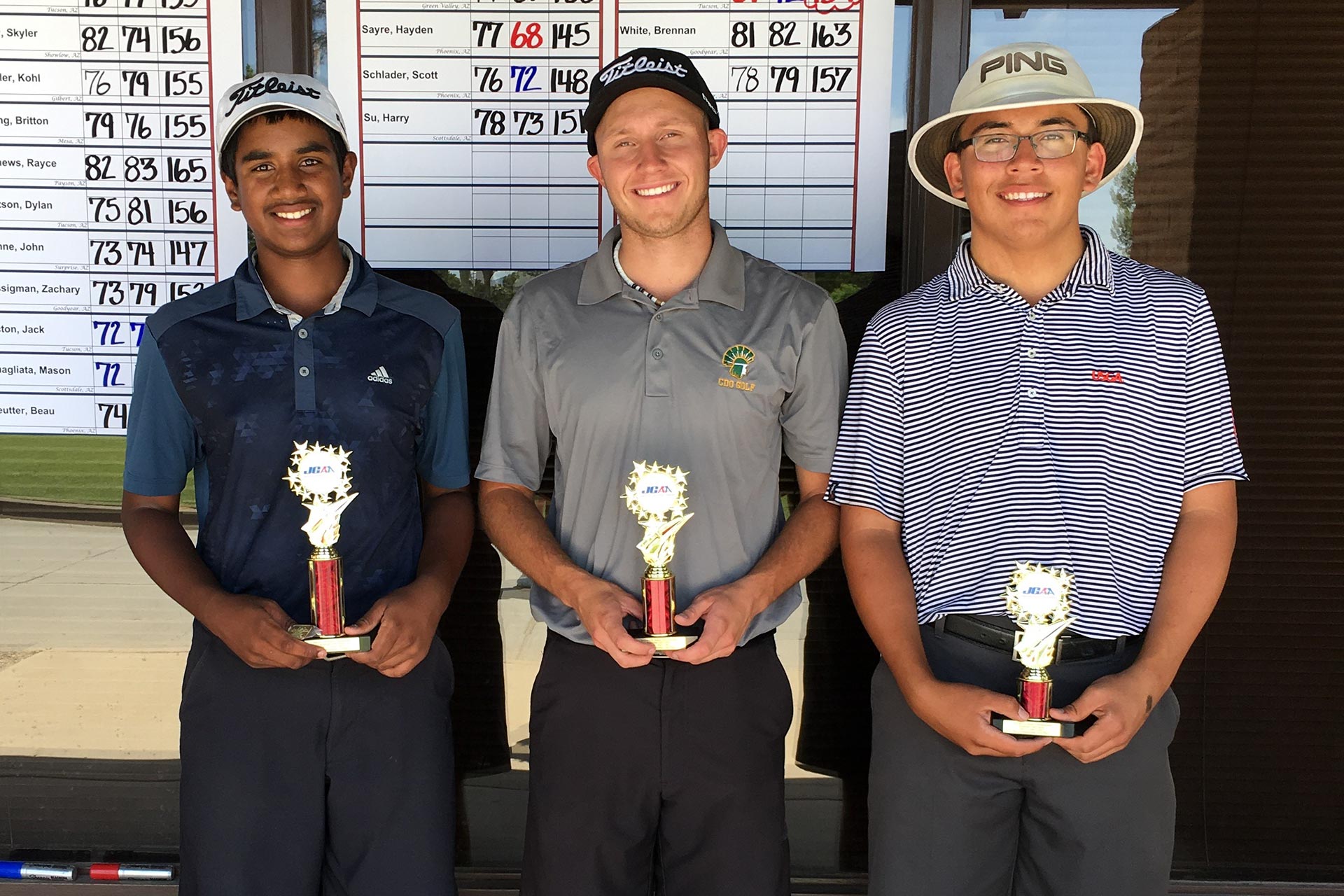 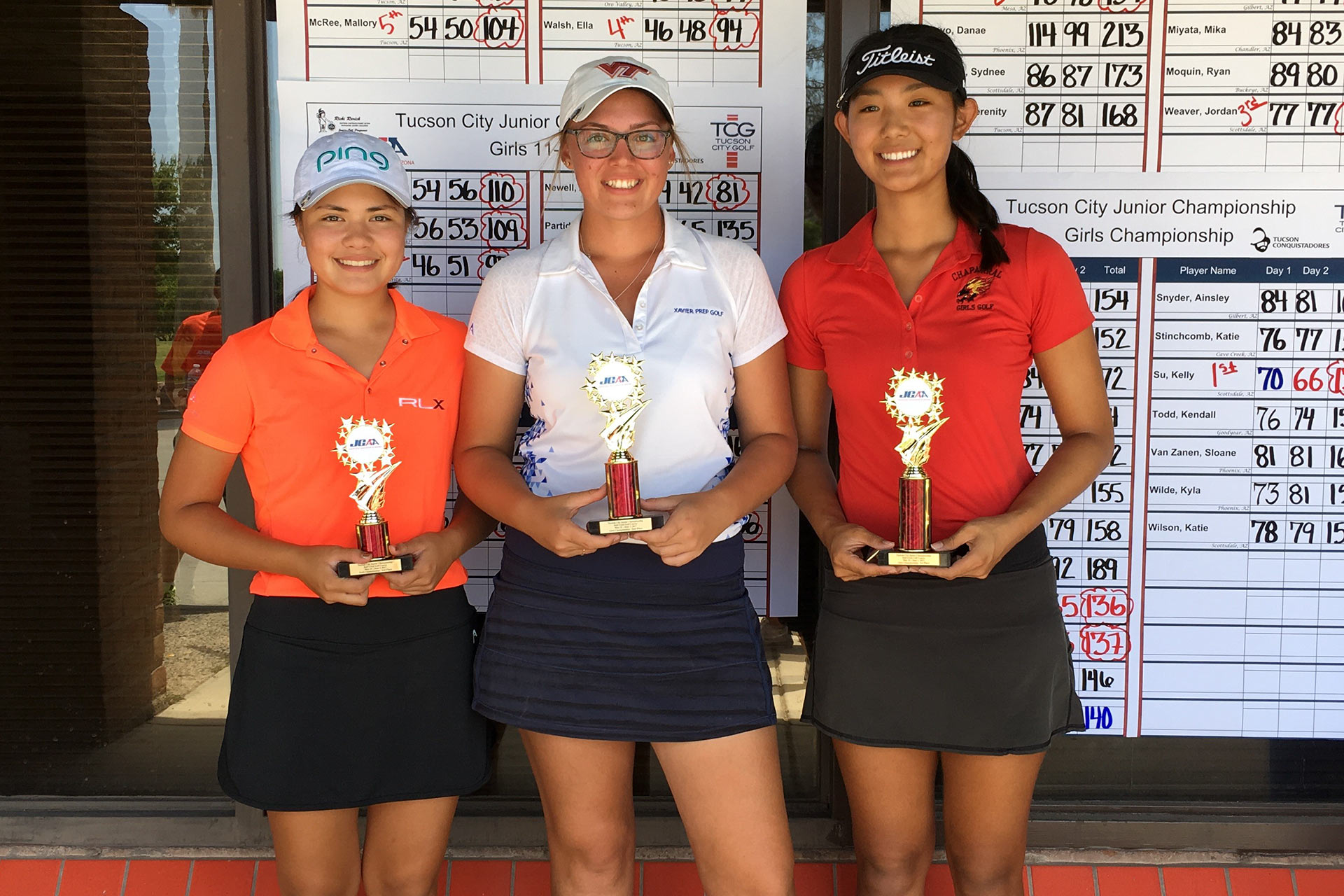 “Once again, thanks to a host of organizations such as the Tucson Conquistadores, Tucson City Golf, Ricki Rarick Junior Golf Programs and the Southern Chapter of the Southwest Section PGA, the Tucson City Junior Championship was huge success,” said Katya Lewis, Tournament Director of the JGAA.  “The Randolf Golf Complex and its staff did a great job of hosting the event, and a special congratulations to Matthew Fimbres for winning the tournament and earning the Michael J. Harris Core Values Award.  Certainly was a special day for him.”

This award is established in the memory of Michael J. Harris and is awarded to the player who demonstrates the qualities he lived by. Michael was a Tucson Conquistadores for 33 years and lived by their mission statement of being dedicated to continue the tradition of golf in Tucson and to promote and athletics. He lived his life as he played golf, with honesty, loyalty, good sportsmanship, integrity, respect, confidence, responsibility, perseverance and courtesy. He loved to play golf for the friendships developed on the course and the positive competitive spirit that comes with the game. He loved his community of Tucson, the people who lived here and he worked on many causes to make it a better place for all to live. Professionally he worked in administration at the University of Arizona, was the administrator of a local hospital for 14 years, the CEO of a health care network and a realtor. His real passion, though, was his family, philanthropy and golf. He was founder or chairman of over 30 community originations including, but not limited to, the United Way, Rotary, Davis-Monthan 50 the Tucson Airport Authority.

Since its inception in 1962, the Tucson Conquistadores civic group has raised $29 million for young athletes. The group has an active membership of 200 business and professional men who represent a cross-section of the Tucson community.