Kaylee Benton makes it to Semifinals at U.S. Women’s Amateur

By Golf EditorAugust 15, 2018No Comments

Litchfield Park resident and JGAA alum Kaylee Benton made it all the way to the semifinals of the U.S. Women’s Amateur held at The Golf Club of Tennessee, Kingston Springs, Tennessee August 6-12. 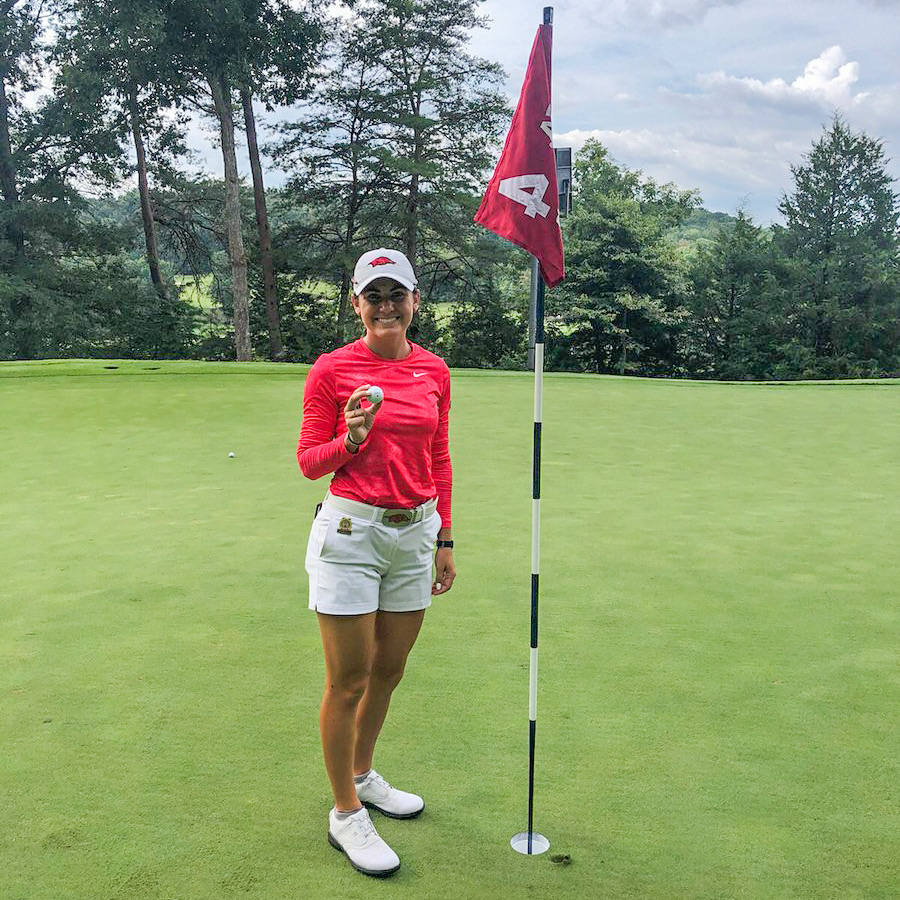 Benton advanced through the stroke-play portion of the championship with a 3-under-par 68 followed by an even-par 71 to finish T15. Along the way she blitzed the back nine with five birdies over two rounds. Solid play on the way in appeared to be the theme for Benton. In the Round of 64, she won four holes on the back nine to defeat Caroline Curtis 4 and 2. She won five holes on the back nine in the Round of 32 to win 4 and 3 over Madison Caldwell with the shot of the tournament coming on the par-3 4th – an ace from 143 yards!

In the Round of 16, once again, Benton took the lead on the back nine by winning four holes with three birdies en route to a 3 and 2 victory over Emilee Hoffman. In the Quarterfinals, she faced her strongest opponent of the tournament in the No 4 seed, Jaclyn Lee. Benton pulled ahead, 2 up, down the stretch with birdies at 12 and 14; then matched pars with Lee on 15 and 16 for the win.

Although the semifinal match against Kristen Gillman didn’t end up the way she wanted it to, Benton’s strong performance has to be a huge boost to her confidence. Gillman would go on to win the 2108 U.S. Women’s Amateur 7 and 6 over Jiwon Jeon of the Korea. 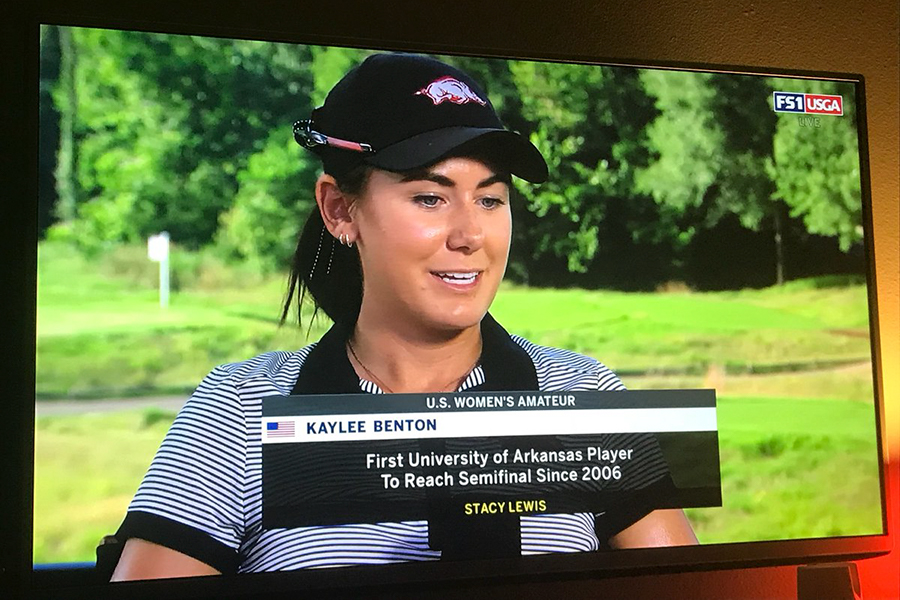 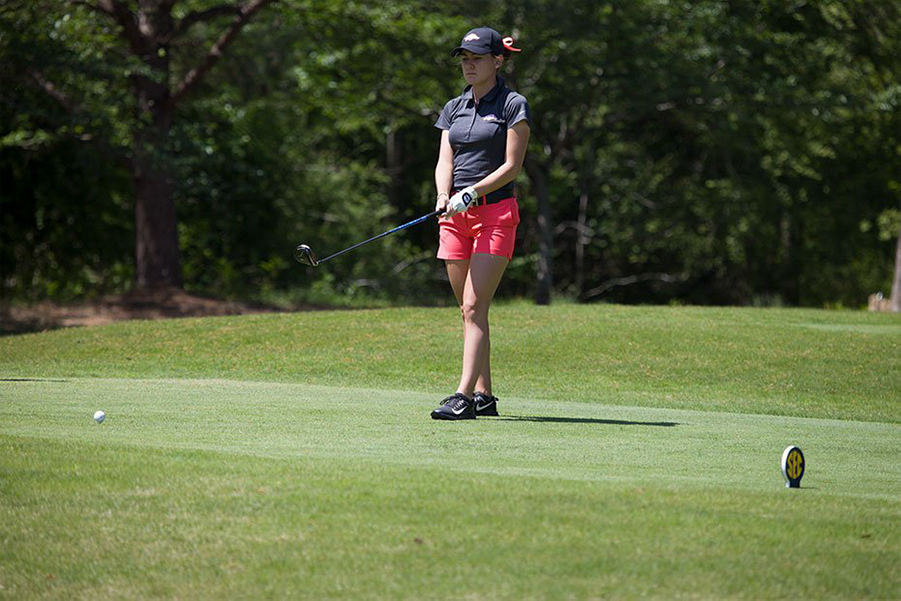 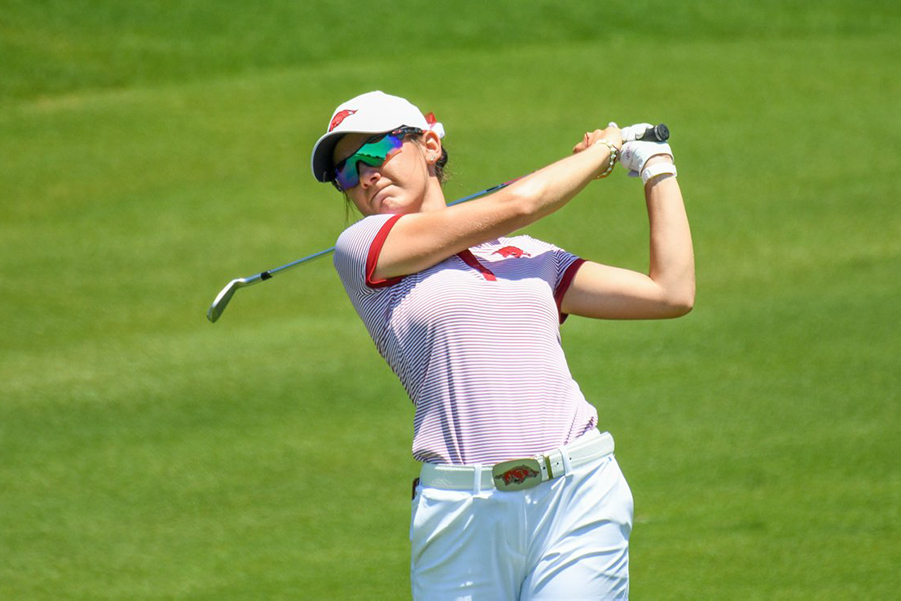 In JGAA play, Benton made the top 10 in all 10 events entered in 2013 including two wins and three second-place finishes. In 2014 she posted one win in four tournaments, and in 2015 she came in eighth in her lone JGAA event entered that year.

Benton is a 2015 graduate of Verrado High School, and was ranked 14th among Class of 2015 in AJGA Polo Rankings, 39th overall. She was named as a four-time All-State selection; won Division II state girls individual title; collected over 40 victories with four AJGA top-3 finishes and nine top 10s, including a win at the Ryan Moore AJGA in Las Vegas.

By way of UNLV, Benton enters her senior year at the University of Arkansas where she competed in every event in the 2017-2018 season and counted 79.4% of her rounds toward the team total. She even won the deciding match on the 18th hole to help Arkansas win its first-ever Southeastern Conference title.

Benton also qualified to compete in the 2018 U.S. Women’s Open before missing the cut with a 74-80 performance.