The JGAA hosted the Spring Stableford junior golf tournament April 24 at Scottsdale’s Talking Stick Golf Club and Paradise Valley Golf Course in Phoenix. The tournament used a Modified Stableford scoring system that awards points based on a player’s score on each hole. In this system, the highest score wins:

More than 90 juniors participated with boys and girls age 13-18 playing 18 holes at Talking Stick Golf Club. And at Paradise Valley Golf Course, boys and girls 11-12 played 18 holes, and boys and girls 10 and under played 9 holes.
In the Boys Championship Division, Noah Swartz of Glendale topped Trey Sendler of Mesa by one point with 29. Justin Fischer of Rio Rico, Ariz. (31) won in a playoff over Samuel Weinstein of Scottsdale in the Boys 15-18 Division. Ethan Adam of Chandler (38 points) won in the Boys 13-14 Division. Maximilian Ngov of Peoria edged out two players in a playoff to win in the Boys 11-12 Division with 29 points, and Derick Pedrosa from Goodyear won the Boys 10 and Under Division with 15 points. 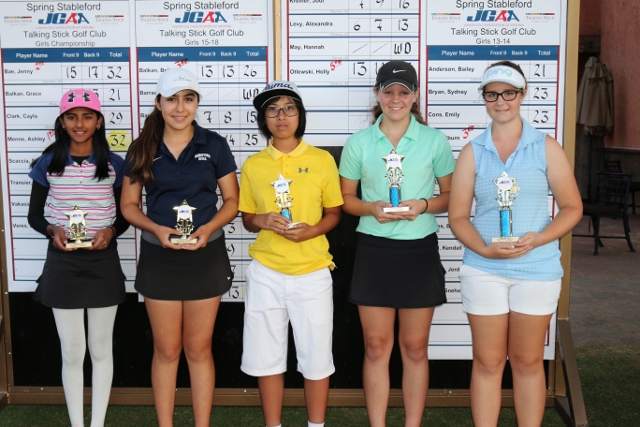 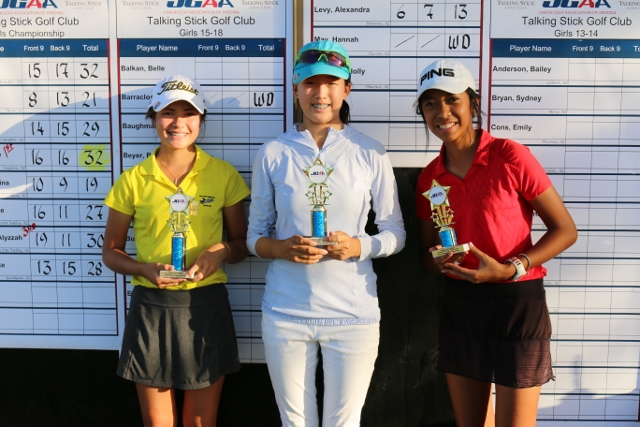 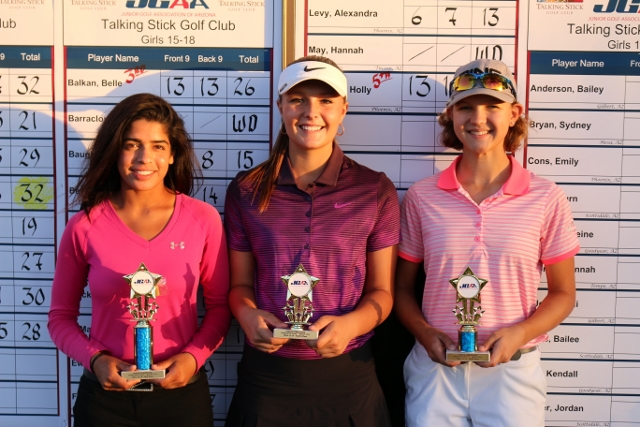