“We would like to thank all of the teams and players for an outstanding weekend of golf and competition,” said Robyn Lorain, Director of Oregon Junior Golf. “Congratulations to Team Hawaii and to Christian James for playing some great golf.”

Hawaii, tied for third and just one shot back going into the second and final round, shot a tournament-low 214 (-2) on Sunday, finishing at 439 (+7) for the two days. With winds much more tame than Saturday, lower scores were abundant during the second round – six players shot even par or better on Sunday, after there was only one under par round on Saturday. 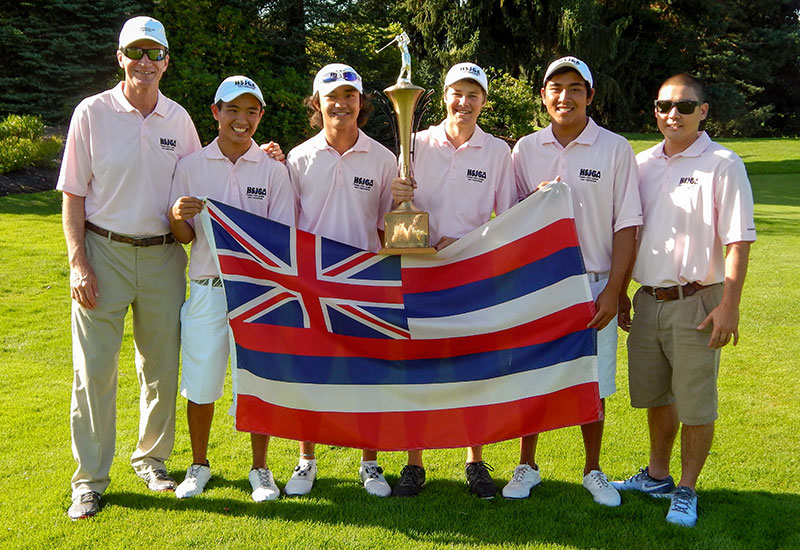 Individually, James (Las Vegas, Nevada) was consistent throughout the two days, finishing with scores of 71-72 – 143 (-1). He started with three consecutive birdies to begin his second round, and despite bogies on two of the last three holes, held on for the one shot win over Tibbits. Arizona’s Gavin Cohen (Tucson, Ariz.) earned third place with scores of 73-72 – 145 (+1). Andrew Hess (Idaho Falls, Idaho), Andy Kim (Langley, B.C.) and Williamson tied for fourth at 146 (+2).