In the Boys Championship Division, deFisser (70-72) and Grant Froman (73-69) also of Gilbert finished regulation play deadlocked at two-under-par 142. deFisser went on to edge out Froman in a playoff. The win was a breakthrough for deFisser. After eight events with only one top-10 finish, he notched his first win of the season. Gage Grimes, Ali Hameed and Noah Robinson placed T3 at 143 (-1) for the tournament. 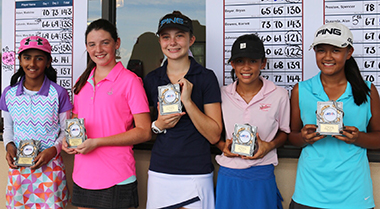 In the Girls Championship Division, Reyes continues to play well with her fourth consecutive top-5 finish; she placed second in the PING Arizona Junior Masters in July and third in the Scottsdale Junior Championship in late August. Most impressively, Reyes outlasted Chandler’s Jenny Bea who has finished in the top 10 in all 12 tournaments that she entered this season, including three wins. Reyes captured the championship with a final score of 73-73—146 (+2), one stroke ahead of Bea.

In the Girls 11-12 Division, Drucelle Pedrosa of Goodyear aced the par-3, 15th hole with a driver from 141 yards. She went on to finish her division in 8th place. 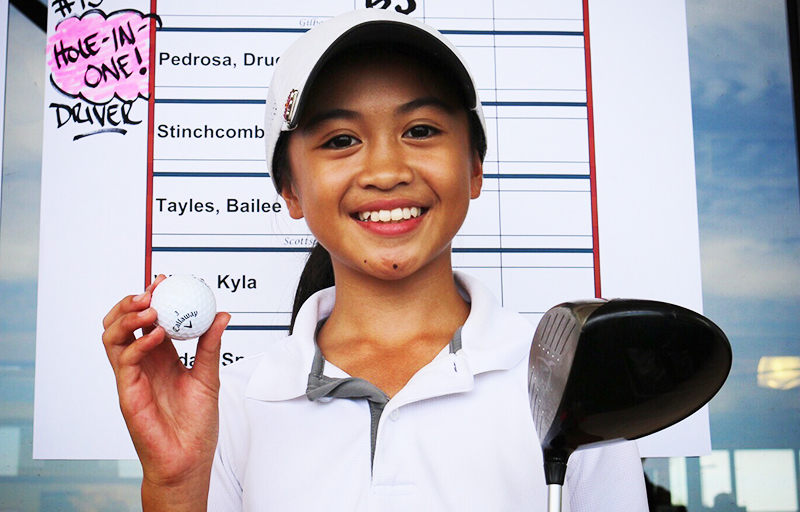