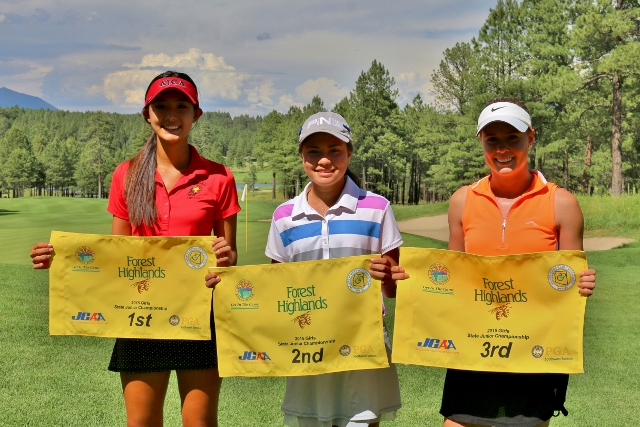 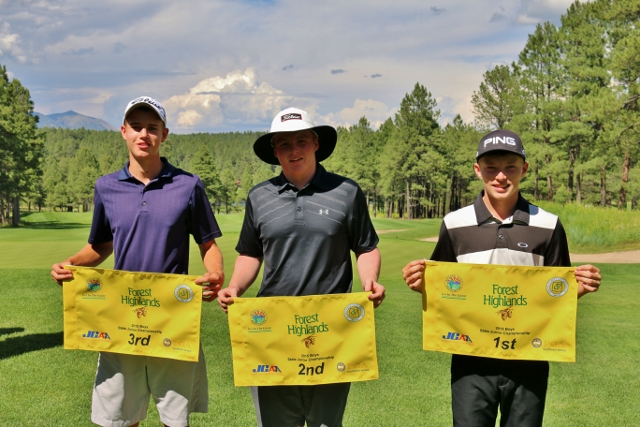 Davis Evans of Phoenix came away with the victory after edging out Gilbert’s Mason Andersen on the first playoff hole with a par on the par-4, 9th of Forest Highland’s Meadow Course. Davis, who finished regulation play at 72-70—142 (two under par), notched his first victory of the season. Tucson’s Trevor Werbylo finished one stroke off the pace to secure a solo-third-place finish, 72-71—143. 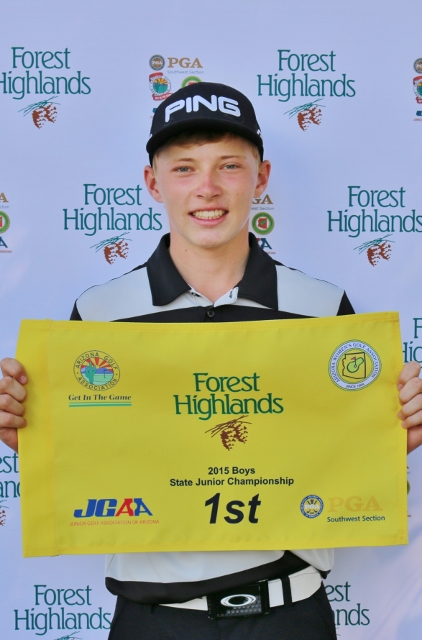 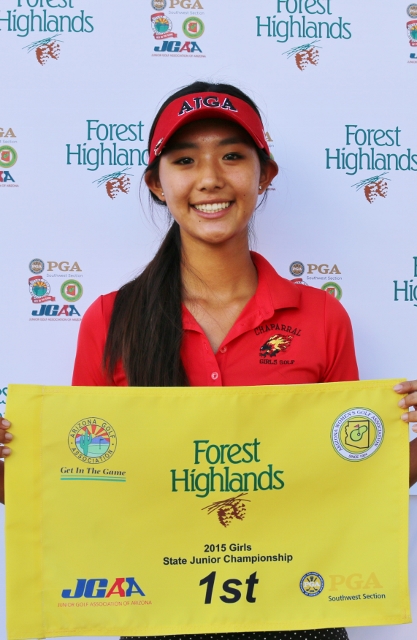 The girl’s side featured a two-player duel between Scottsdale’s Kelly Su and Ashley Menne of Surprise. Both fired solid final rounds – Su with a one-under 71 and Menne with a two-under 70 (lowest two rounds of the tournament) – but in the end, Su (73-71—144) outlasted Menne (75-70—145) by a stroke. Su adds this win to two others this season, Tucson City Jr Championship-Tucson Conquistadores in May and Junior World Qualifier in June. Megan Knadler of Phoenix took home third-place with a score of 74-74—148.

“Congratulations to Davis and Kelly,” said Scott McNevin, Executive Director of the JGAA. “Kelly is really playing some good golf. She qualified for the US Girls Junior Championship and the Arizona Team for the Girls Junior America’s Cup. And Davis showed grit this season. His best finish before this win was a tie for sixth place. Thank you to Forest Highlands for hosting such a memorable event.”