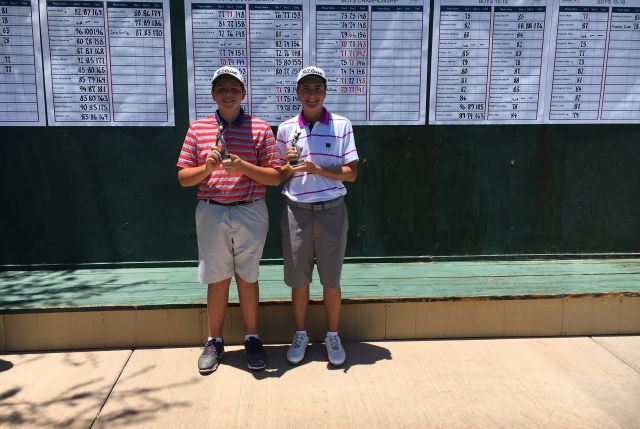 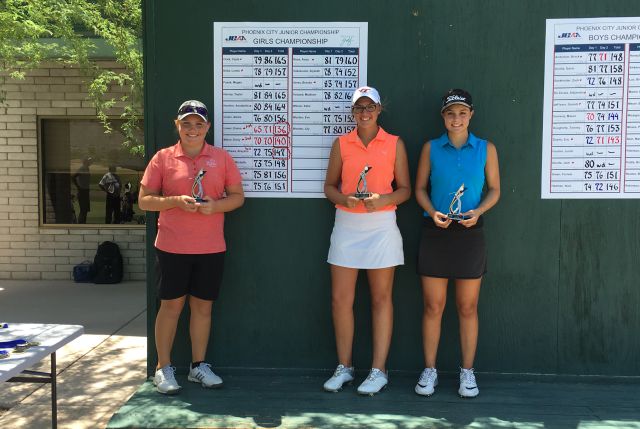 Jackson Vickers, Aaron Ramos and Emma Lower qualify to play in the Big I Championship

In the Boys Championship Division, Chaz Aurilia of Phoenix turned in a 3-under-par, 70-71—141 performance to win by a stroke over Jackson Vickers of Phoenix (71-71—142). Goodyear’s Aaron Ramos (71-72—143) took third place after prevailing on the first playoff hole against Eric Duarte and Gabriel Velarde.

In the Girls Championship Division, Emma Lower cruised to a four-stroke victory after firing a tournament-low, 7-under-par 65 in the first round. She followed that with a 1-under 71 to post 8-under-par 136 for the tournament. Emily Mahar of Scottsdale came in second place at 4-under par (70-70—140), and Scottsdale’s Breyana Matthews finished third (72-75—147).

The Phoenix City Junior Championship also served as a qualifying event for the upcoming Trusted Choice Big I Championship to be held Del Paso Country Club, Sacramento, California August 1-4. With their strong performances, Vickers, Ramos and Lower made the cut to compete in this storied tournament – the third oldest junior golf event in the United States – which has served as a national championship challenge for our nation’s most accomplished junior golfers since 1969.