On April 28-29, 2018 Quintero Cactus Cup was held at Quintero Golf Club. The Charter team won for the 1st time in four years. The team match play event consisted of 36 holes on Saturday and 18 Holes on Sunday. The two teams, Founder’s and Charter were comprised of five boys and five girls who were paired by their respective captains. 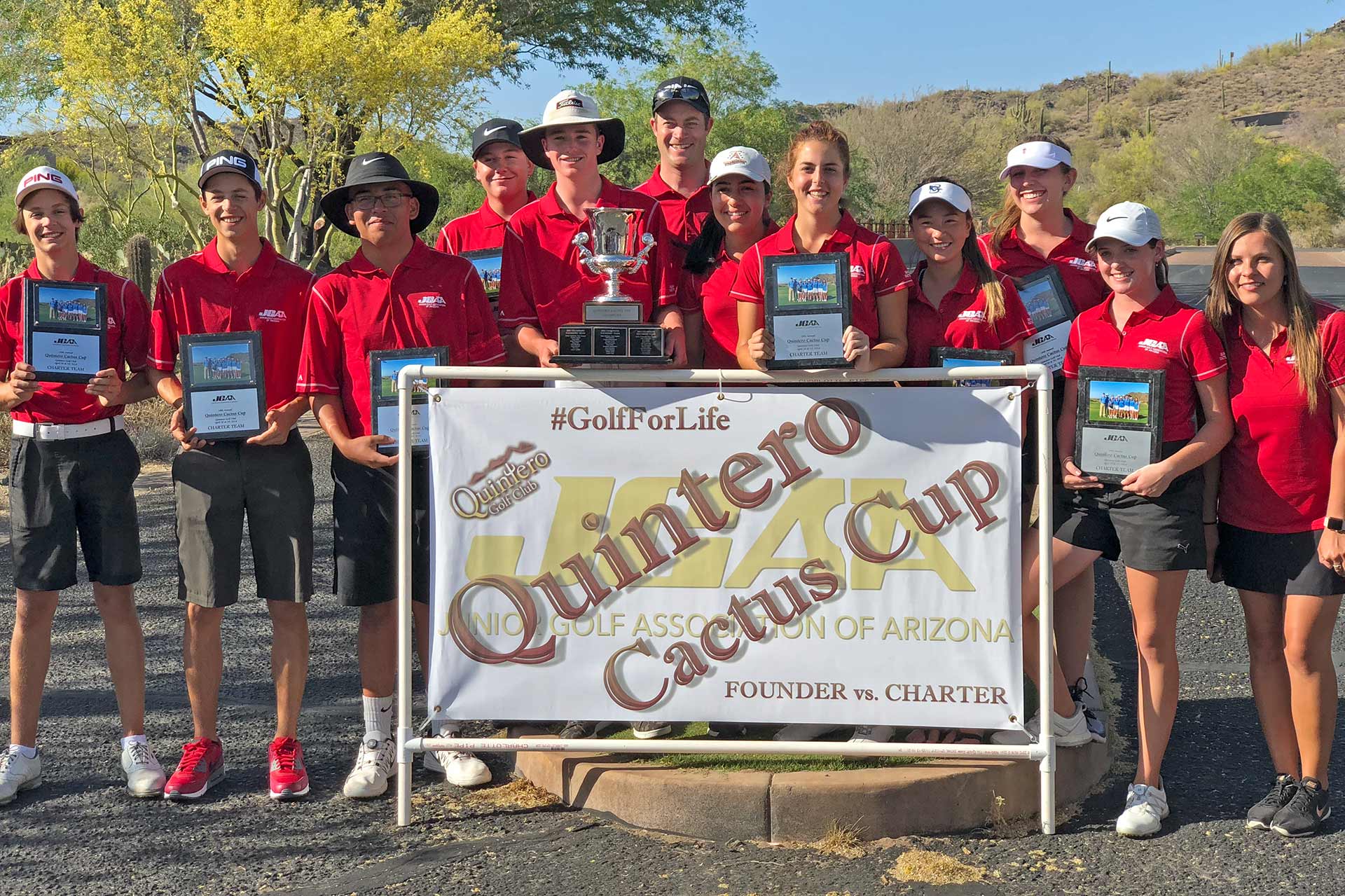 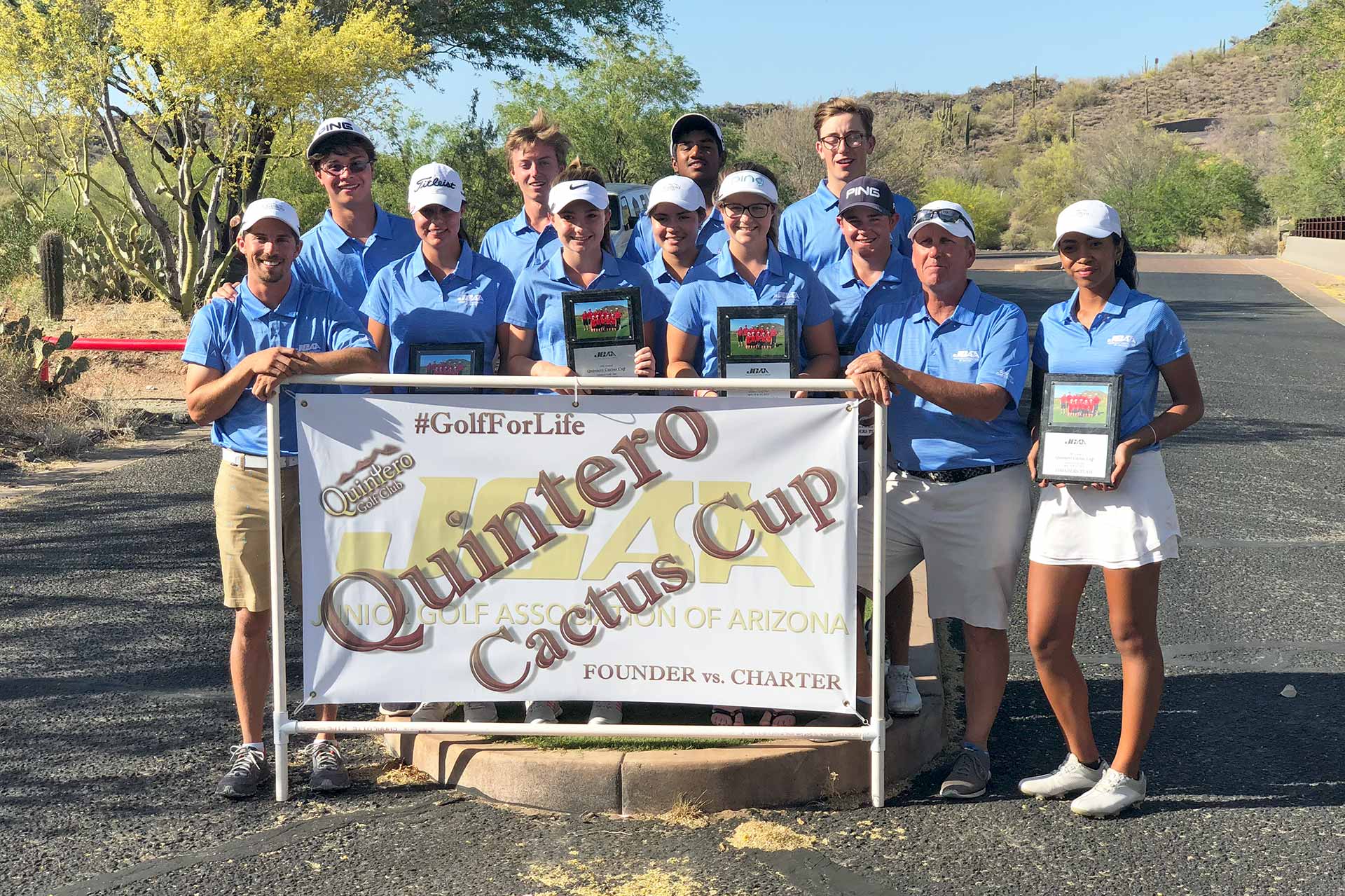