Christopherson wins by one; Menne cruises to three-peat victory. 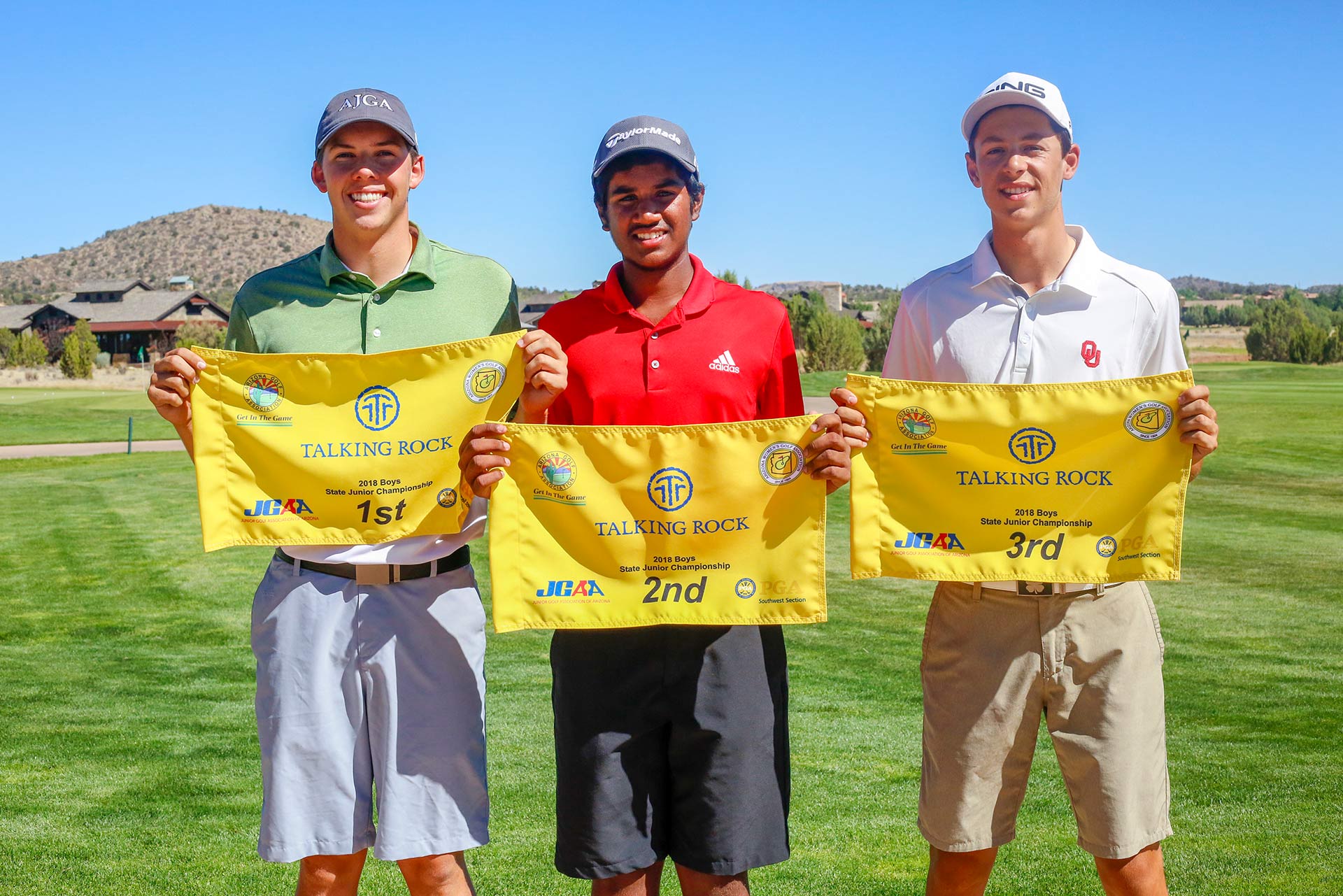 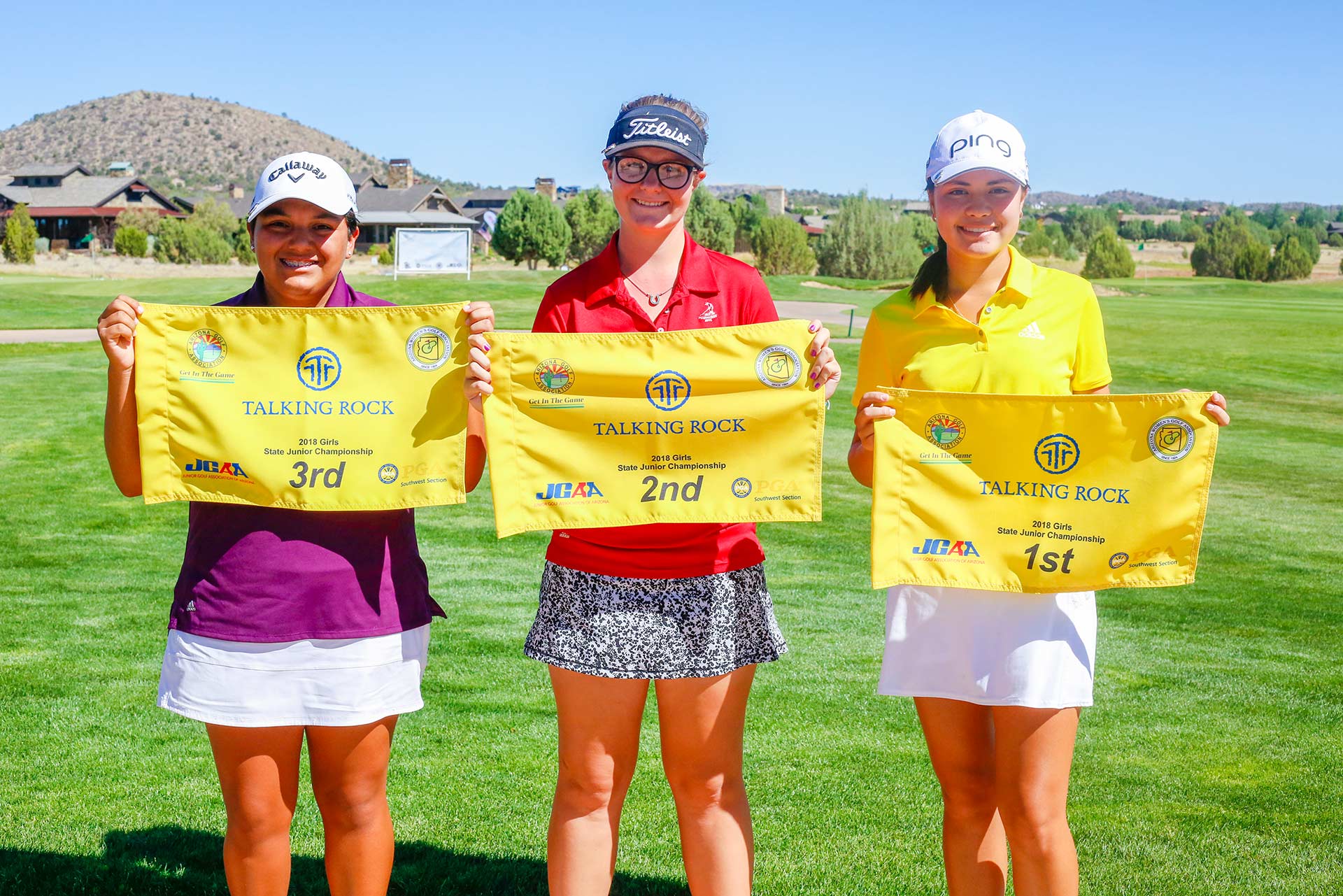 Caden Christopherson of Chandler fired a final-round, 6-under-par 66 – including a clutch birdie on the last hole – at Talking Rock Golf Club to capture first place at 7-under-par 137 (71-66), one stroke ahead of Chandler’s Mahanth Chirravuri who finished in second place at 6-under-par 138 (71-67). Blake Lorenz of Peoria came in third place at 5-under-par 139 (70-69), good enough to move into second place in the points race for JGAA Player of the Year. Tony Hendricks of Phoenix remains on top of the season-long competition after a T12 finish in the state championship.

In the Girls Division, Ashley Menne of Surprise made JGAA history as the only player to win three-consecutive Arizona State Championships. Along the way, she turned in twin bogeyless 6-under-par 66s to finish at 12-under-par 132, 11 strokes clear second-place finisher, Madeleine Laux of Goodyear (71-72—143). Two players – Reyna Hernandez (75-72) of Gilbert and Abbey Schutte (74-73) of Goodyear – finished tied for third place at 3-over-par 147.