Matthews wins by 9 strokes in the fourth Junior Masters Series tournament of the year.

The AM&E Classic teed off March 25-26 at Moon Valley Country Club with 79 of the Valley’s best junior golfers competing in two divisions: Boys Championship and Girls Championship. Blake Lorenz, Peoria, placed first in the Boys Championship Division with a score of 71-67–138, six-under par for the tournament. Lorenz edged out Mahanth Chirravuri of Chandler who shot 67-72–139. Ryan Sanchez of Gilbert placed third shooting 70-70–140. This is Lorenz’s first victory of the season after tying for 6th a week ago at another Junior Masters Series tournament – Thunderbird Invitational. 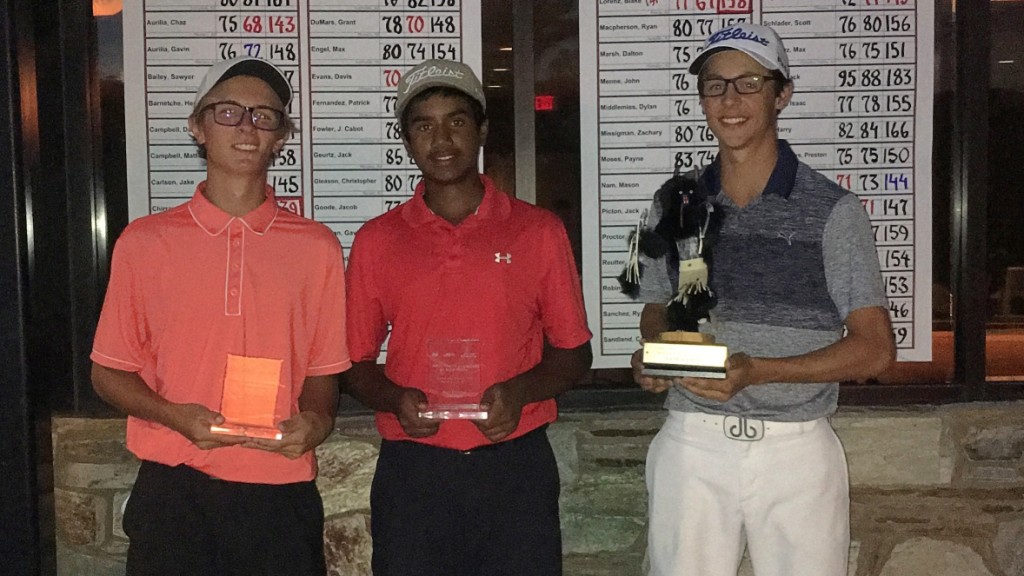 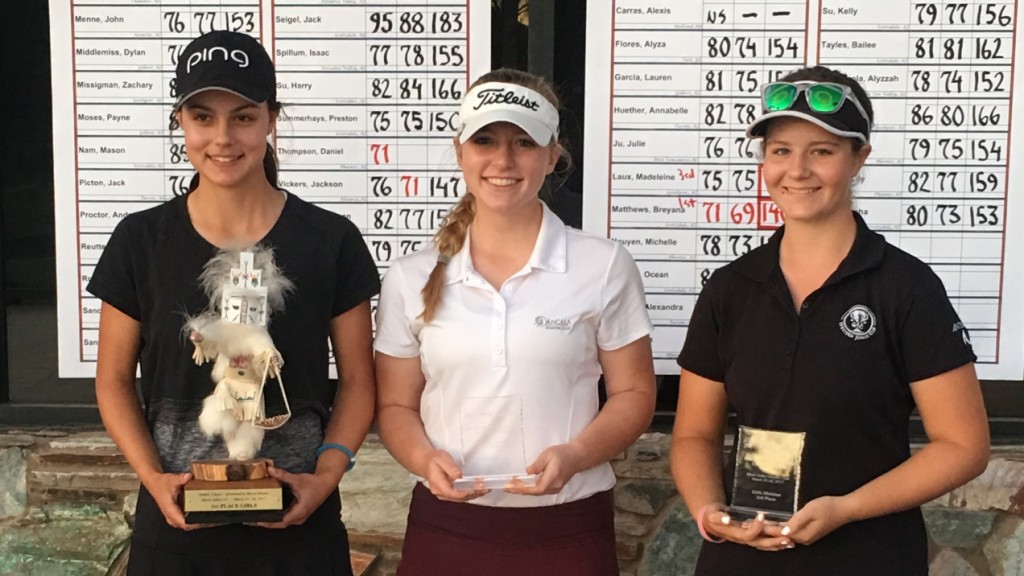 Matthews (71-69—140) of Scottsdale fired the only round in the 60s and was the only player under par in the Girls Championship Division on her way to a nine-stroke victory over Scottsdale’s Elizabeth Caldarelli (76-73–179).  Goodyear’s Madeleine Laux and Abbey Schutte tied third (75-75—750). This is Matthews’ first victory of the 2017 season.

On a special note: Annabelle Huether of Tucson made a hole in one during Saturday’s first round. She aced the 156-yard par-3 2nd hole with a 26 degree hybrid. This marks her third hole in one of her career.

The Junior Masters Series consists of seven regular tournaments and one Series Championship at some of the most prestigious courses in Arizona.

“Our goal is to provide a competitive place for up-and-coming players to test their abilities,” said George Getz, Chairman of the Board of the JGAA.  “This tournament series will allow junior athletes to earn national-level points and will serve as a launching pad into nationally chartered events. We enjoy seeing athletes improve over the season and rise in standings throughout the years with this event. ”