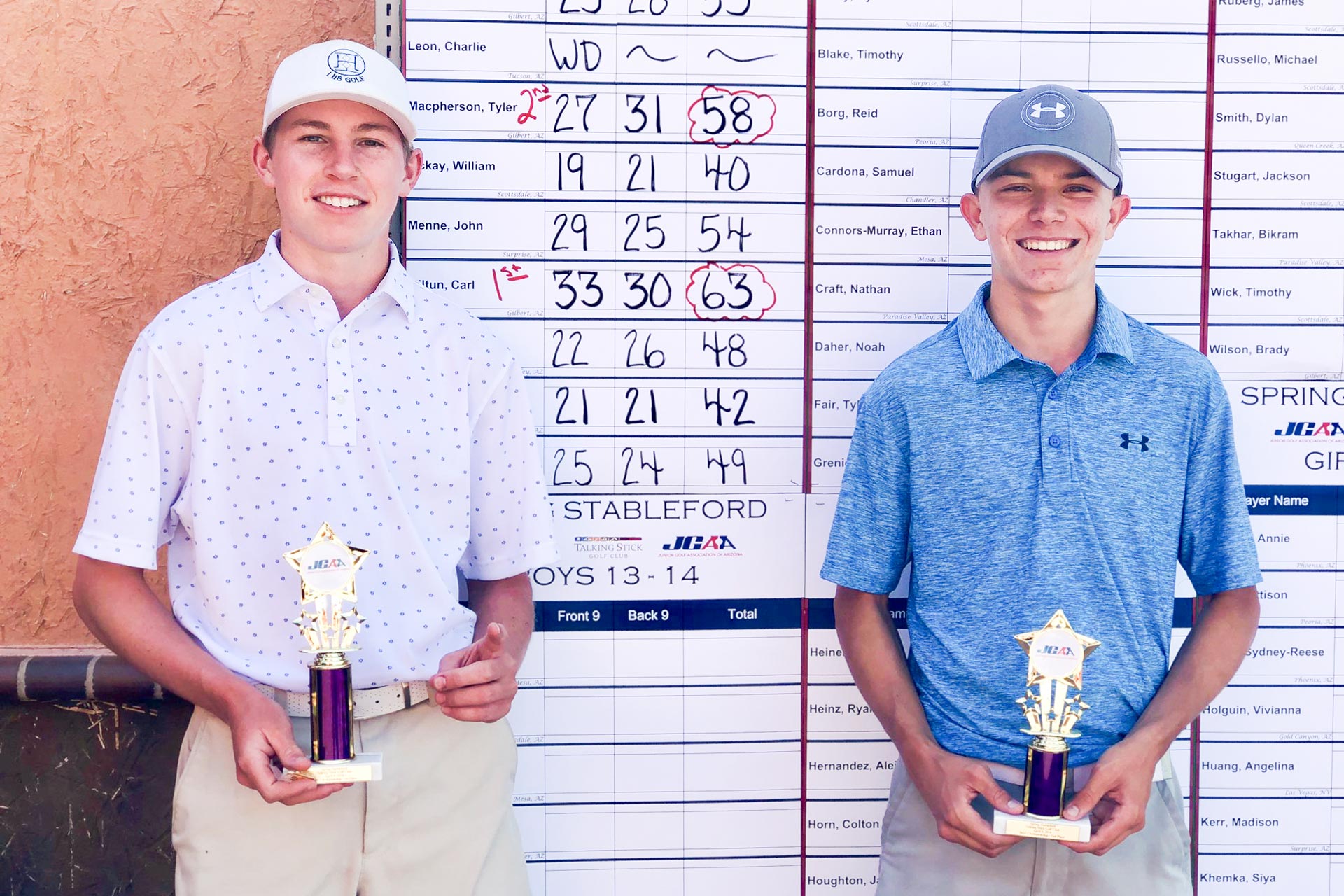 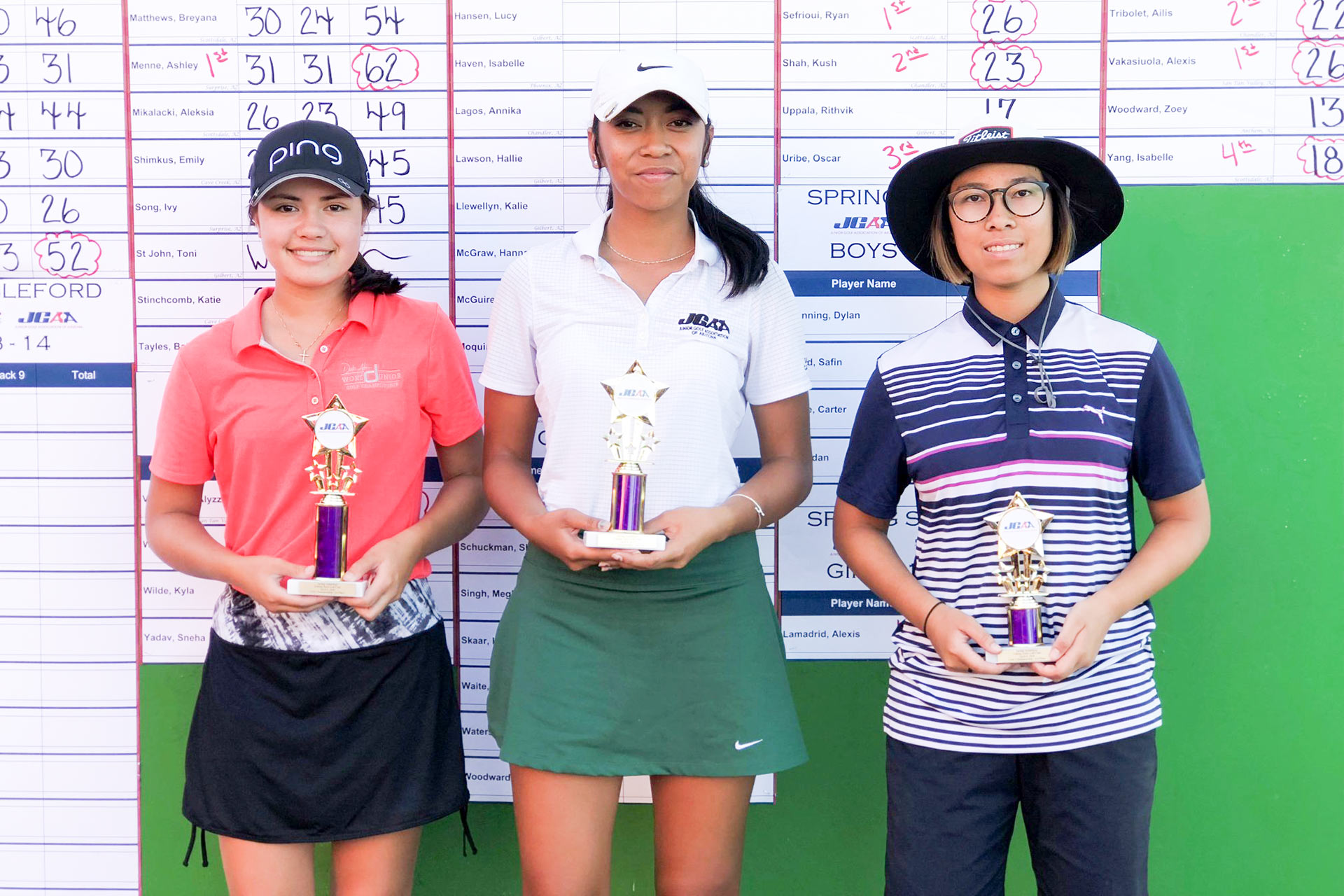 The JGAA hosted the Spring Stableford junior golf tournament April 8 at Scottsdale’s Talking Stick Golf Club. The tournament used a Modified Stableford scoring system that awards points based on a player’s score on each hole. In this system, the highest score wins.

Ashley Menne of Surprise edged out Alyzzah Vakasiuola of San Tan Valley 62 to 60 to with a clean card featuring four birdies. Last year’s Player of the Year, Menne starts out with two wins and three runner-ups in five events played so far this season. Millburn Ho of Scottsdale earned third-place honors with 55 points.