By Golf EditorAugust 20, 2018No Comments 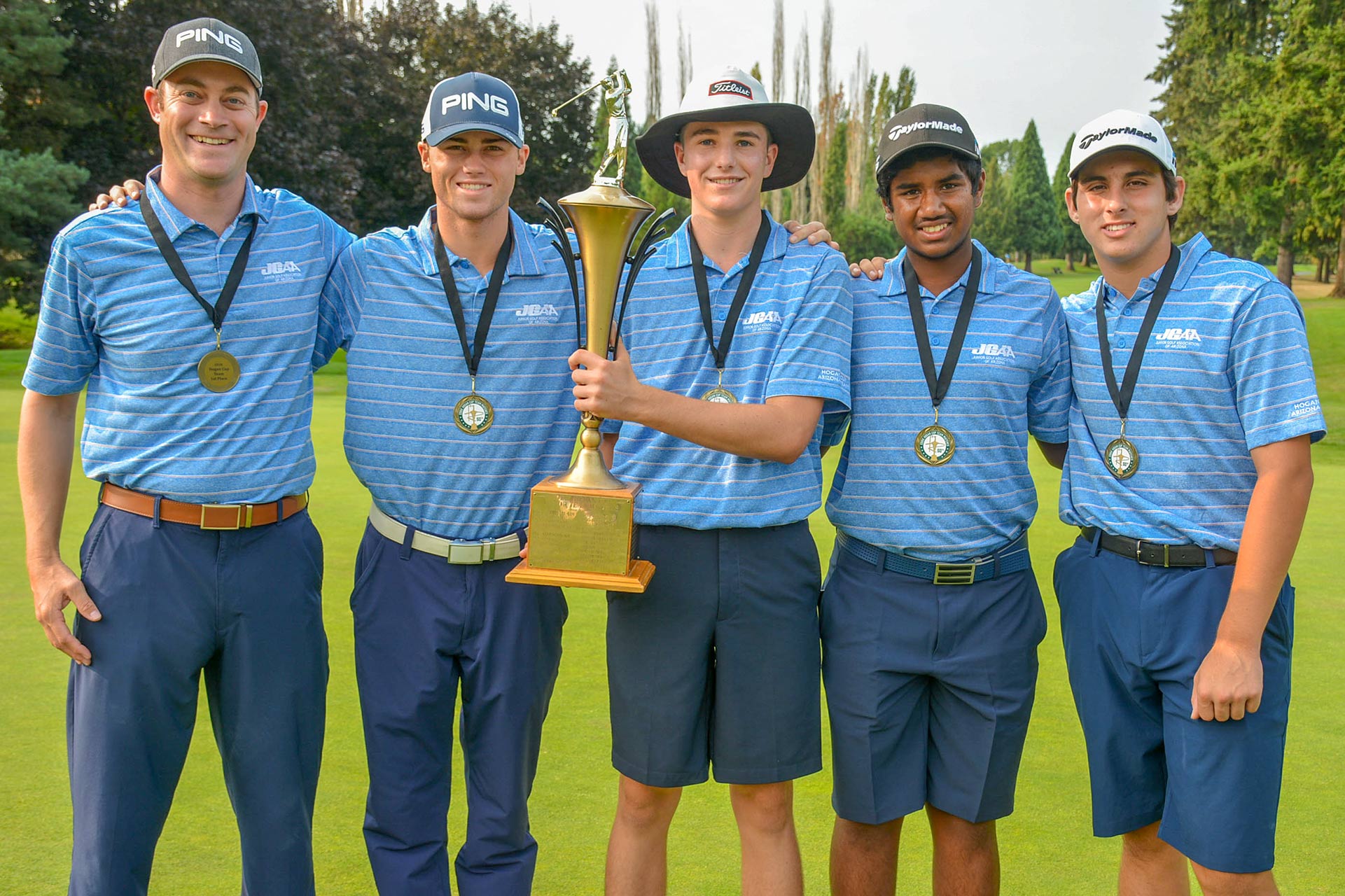 In the four-person-team format, the three lowest individual scores each day determine the team total score. Medals are awarded to the top-three teams as well as the top-three individuals.

Arizona started play on Sunday’s final round in second place, one shot behind first-round leaders San Diego. Riverside G&CC was playing noticeably tougher on Sunday, with many teams shooting higher scores than Saturday.

The squad from Arizona weathered the difficult conditions during the second round, finishing with a two-day total of 214-224 – 438 (+6). Mahanth Chirravuri and Gavin Aurilia tied for sixth place individually, finishing at 3-over par for the event. Jake Carlson and Tucker Clark finished T10 at 4-over par, 148 over the two days.

Nate Stember (Portland, Ore.), representing Team Oregon, earned the individual title by one shot. Stember completed an unbelievable comeback on Sunday in the individual competition. After starting 4-over through his first three holes, he played the final 33 holes at 4-under par. After a 74 (+2) on Saturday, he shot a 70 (-2) on Sunday, one of just three players to finish under par during the final round. Entering play on Sunday, Stember was eight shots back. His 144 total (E) bested the field by one shot.