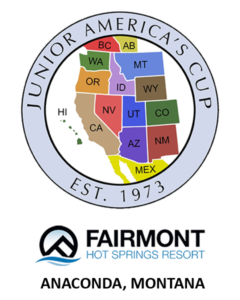 Team Arizona is made up of brothers Ben and Blake Lorenz of Peoria, Hayden Sayre and Tony Hendricks, both from Phoenix. The four players were selected by virtue of their top-4 status on the JGAA’s Player of the Year points ranking. They will compete in a 54-hole format where their three lowest scores will determine the team score. All players also will be competing for the Sally Pini award recognizing the individual medalist.

Sayre, class of 2019 at Thunderbird High School, currently leads the points race with 1,030, and recently notched his third win of the season on July 11 at the Northern AZ Jr Championship to go along with wins at two coveted JGAA Junior Masters Series (JMS) events: Willie Low Invitational in June and AM&E Classic – Bryce Molder in March. He also posted four other top-5 finishes.

Ben Lorenz, class of 2020 at Sunrise Mountain High School, has 860 points highlighted by wins at the SWS PGA Junior Qualifier and BMO Invitational, a JMS tournament. In nine events entered this season, Ben finished in eighth place or better in all but one.

Ben’s brother Blake, 2018 graduate of Sunrise Mountain High School, is in fourth place in the points race with 822. He has one win so far this season at the AJGA Club Corp Mission Hills Desert Jr in June to go along with nine other top-10 finishes in 11 events. In the fall, Blake will enter college at the University of Oklahoma as a member of the golf team.